Videos from Nicholas as the storm moved ashore, and after it left 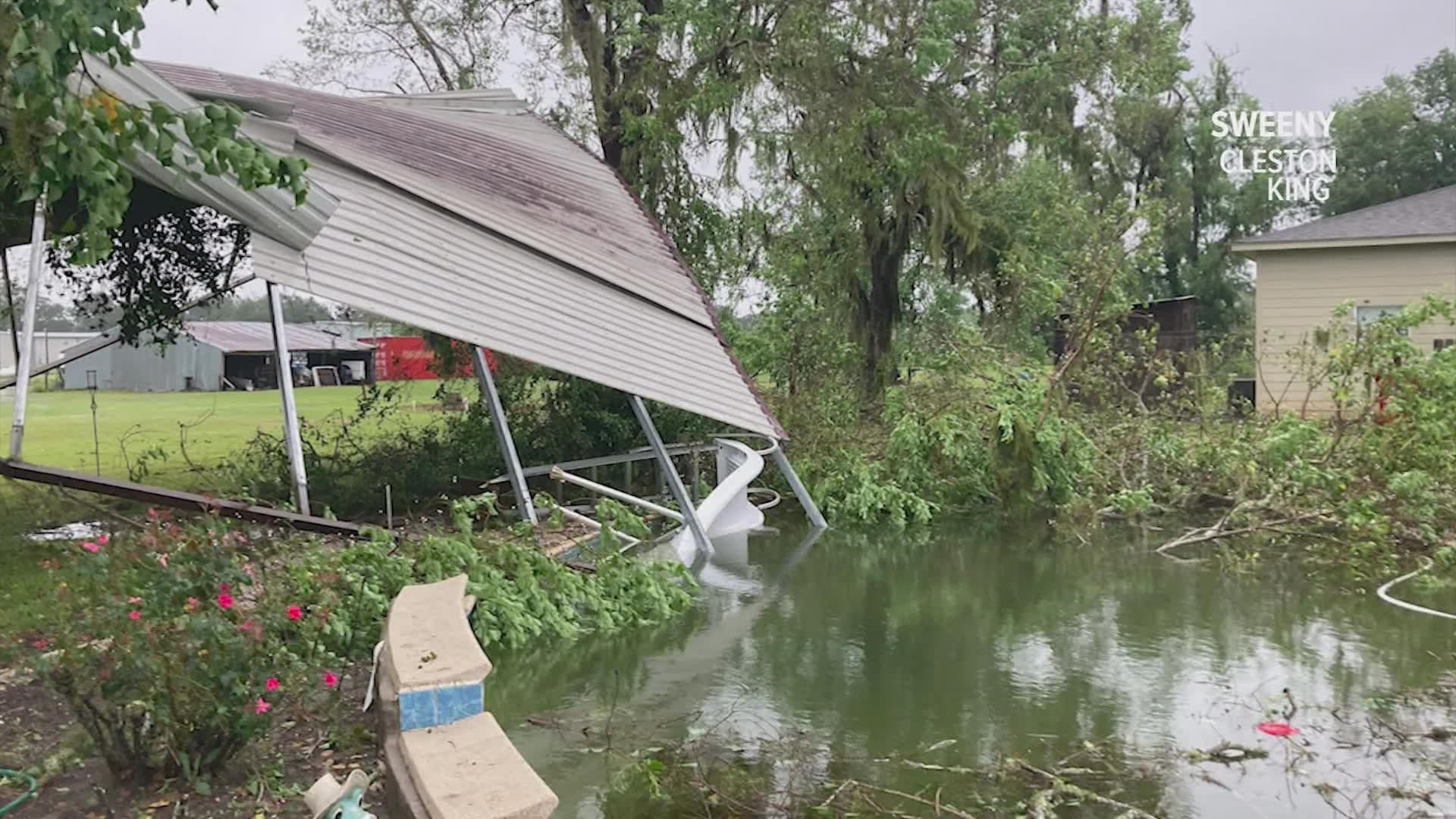 Nicholas pushed ashore as a hurricane early Tuesday morning, bringing with it strong storm surge, high winds and heavy rain. And many of you helped us capture the storm's aftermath.

We'll start here in northeast Houston, where Pastor Jaime G caught a tree down over fences.

We're surveying damage from all across the Houston area. This was shot by Houston Storm Chaser @PastorJaimeG in northeast Houston. Share your pics and videos with us through the 'Near Me' feature of our app, but only if you can safely do so. https://t.co/AsNYAw6XlL #Nicholas pic.twitter.com/hegswHR4gN

There were wind gusts in League City as Nicholas bore down. Viewer Lars M  caught this video.

Sargent is near where Nicholas made it in as a hurricane.

And things quickly got bad in League City.

Lots of people in Lake Jackson without power. Here’s a sign of how strong #Nicholas was when it came through this area. @KHOU pic.twitter.com/AkeM8seA01

George Jensen on Galveston Island shared video as Nicholas was moving in.

This is what it's looking like today in Galveston. Our @zacktKHOU  is on the island covering our costal neighbors. Make sure to download our #KHOU11 app to stay connected and updated on #TropicalStormNicholas pic.twitter.com/ZImk4mezeF

Reporter Anayeli Ruiz was in Clear Lake Shores to survey damage there.

A tree fell on Kathy’s car and truck overnight. She tells us she feels blessed it didn’t fall on her home! She says this is the second time this happens! The last time Hurricane Ike destroyed her cars and living room. @KHOU #Nicholas pic.twitter.com/wzHb1NDIi6

The tide rose from Clear Lake & covered some of the roads here in Clear Lake Shores. @KHOU #nicholas #KHOU11 pic.twitter.com/51MCf6qiro

Kayakers paddle down a street in Clear Lake Shores surveying the damage to restaurants and businesses caused by Nicholas. #KHOU11 #Nicholas pic.twitter.com/ywRTkDUwyg

And in Texas City, the damage was clear.

Some of the damage in Texas City where winds left these gas pumps flattened. #KHOU11 #Nicholas pic.twitter.com/AXraGoK6o0