Hurricane season 2021 will be 'above normal,' but what does that mean?

NOAA predicts there could be as many as five hurricanes at Category 3 or higher this season. 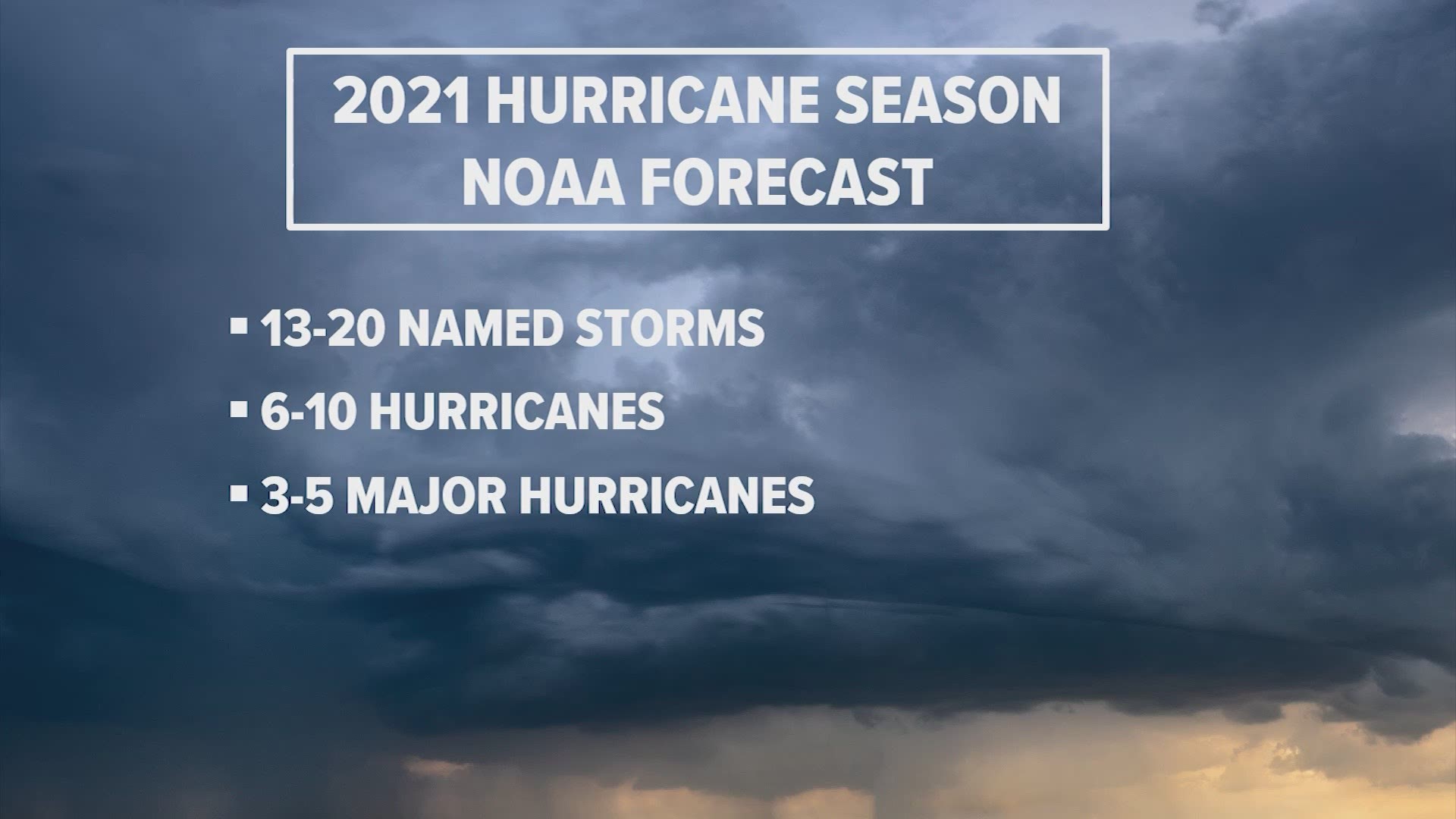 HOUSTON — The National Oceanic and Atmospheric Administration is the leading authority on hurricane forecasting in the United States, and their weather experts predict the 2021 hurricane season will be above-normal.

Hurricane season officially begins on the first day of June each year, and we've already had our first named system, Tropical Storm Ana. NOAA expects the United States may see up to 20 named storms in 2021, including the possibility of six to 10 hurricanes in addition to three to five major hurricanes.

Fortunately, NOAA does not anticipate a repeat of the historic level of storm activity from last season. In 2020, we saw 30 named hurricanes, including 13 hurricanes and six major hurricanes.

What's the difference between a hurricane and a major hurricane?

The National Hurricane Center, which is a division of NOAA, determines the potential danger of a storm based on a category between 1 and 5.

The scale does not take into account other potentially deadly hazards like storm surge and rainfall flooding. There has been lengthy discussion about whether those factors should be added. It's mostly focused on the potential property damage.

KHOU meteorologist Addison Green gives a visual explainer of each category in the following YouTube video:

Here is how NOAA explains it:

Hurricane Harvey, which made landfall in Texas in August 2017, was a category 4. At the time, it was the first major storm to hit the Lone Star state in nearly a decade. NHC reported its highest sustained winds were recorded at 130 mph.

As of today, Hurricane Michael is the last Category 5 hurricane to reach the U.S. It touched down near Tyndall Air Force Base, Florida in October 2018. Hurricane Michael's highest winds reached 160 mph.

Most dangerous hurricane in U.S. history

The deadliest hurricane on record — and the deadliest natural disaster in U.S. history — was the Great Storm of 1900 that made landfall in Galveston. We now know it was a Category 4 hurricane.

A lack of storm tracking technology and no hurricane preparation left people living on the coastline completely exposed. As a result, an estimated 12,000 people died.

Of course, that's an extreme incident with many uncontrollable variables, such as a lack of hurricane knowledge and communication technology at the time.

Still, the bottom line remains, hurricane preparedness and vigilance — paying attention to the experts monitoring weather conditions and instructions from emergency managers — heavily influences the impact a hurricane will have on lives.