The system currently has a low chance of developing over the next five days and is no threat to The Gulf of Mexico. 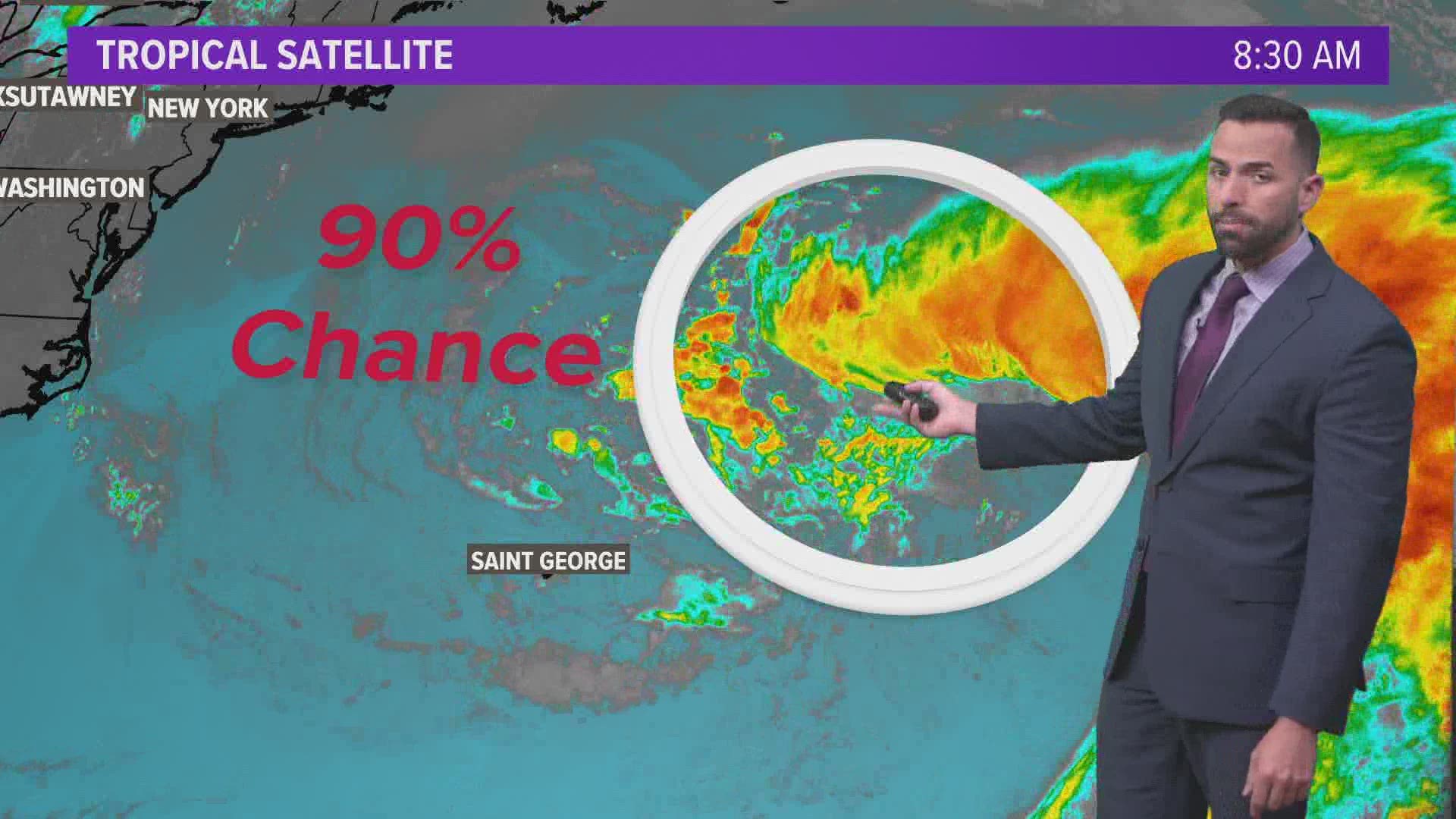 HOUSTON — The 2021 Atlantic hurricane season does not officially begin until June 1st, but we are already tracking the first disturbance of the season.

The system is far in the Atlantic and is not a threat to the U.S. East or Gulf Coasts. Although its chances of further development have increased.

The National Hurricane Center's Tropical Weather Outlook as of Thursday morning said the low pressure system is located about 800 miles east of Bermuda.  The low is expected to develop gale-force winds later today while it moves generally northward. The low is then forecast to move westward and southwestward over warmer waters tonight and Friday, and it will likely become a subtropical cyclone near and to the northeast of Bermuda on Friday. The system is expected to move toward the north and northeast into a more hostile environment by late Sunday into Monday.

May 20, 8 am EDT: NHC is monitoring a non-tropical low pressure system located 700 miles east of #Bermuda. The low is forecast to turn southwestward by tomorrow and is now likely to become a subtropical cyclone northeast of Bermuda on Friday.https://t.co/Xhmye8a8VH pic.twitter.com/HzLpbr4y59

It's not nearly enough far along to get a name, however.

The Atlantic hurricane season begins June 1 and ends on Nov. 30 every year.

Related: How to stay prepared during hurricane season

The 2020 Atlantic season broke records by producing 30 named storms, and the 2021 tropical season is forecast to be right on its heels with a predicted 17 named storms, eight hurricanes and four major hurricanes, according to an April report from a team of meteorologists at Colorado State University.

Since 1953, Atlantic tropical storms had been named from lists originated and recycled by the National Hurricane Center.

NHC always starts with 21 names. In the event that more than 21 named tropical cyclones occur in the Atlantic basin in a season, any additional storms will take names from an alternate list of names approved by the World Meteorological Organization, NHC says.

WMO used to use the Greek alphabet to name storms after the original list was exhausted, but in March WMO decided to no longer use the Greek alphabet, citing confusion around the naming convention that takes away from the need to focus on storm impacts and safety messaging, among other reasons for the decision.