Hurricane 101: What is a hurricane? 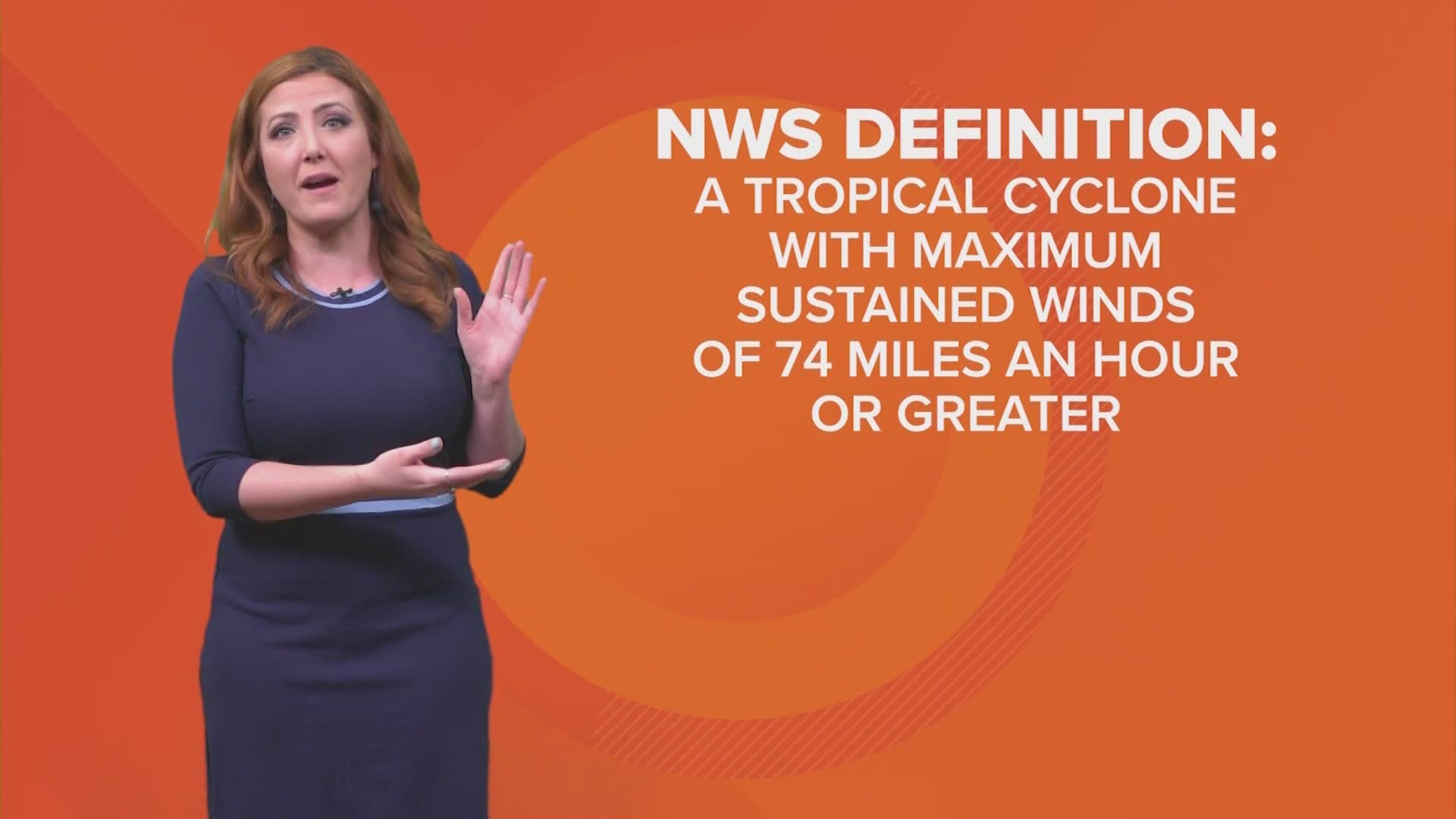 HOUSTON — June 1 marks the officials start of hurricane season. And as we pack those emergency kits and restock the pantry with can goods, it's the perfect time to review our Hurricane 101 knowledge.

First, a quick reminder of what makes a hurricane.

According to the national weather service, a hurricane is a tropical cyclone with maximum sustained winds of 74 mph or greater.

Our definition in Houston: big, mean, spinning mess that threatens to wreak havoc for half the year.

It can be a bucket dumper like Harvey, which had catastrophic rainfall. It can be a buzzsaw like Alicia or Rita, which were packed with devastating winds. Or it can be a smasher like Ike, which wiped out most of the Bolivar Peninsula with storm surge. Hurricanes can be one of these things or all of them.

Houston is at risk because once those storms make it into the Gulf of Mexico, which so many do, they can't out, so someone is taking a hit.

With an estimated 350 miles of coastline, Texas odds are good and Houston is right in the crook.

That's why it's so important to be prepared and weather aware during hurricane season, which starts next week.

All this week, we're digging in to make sure you're ready.