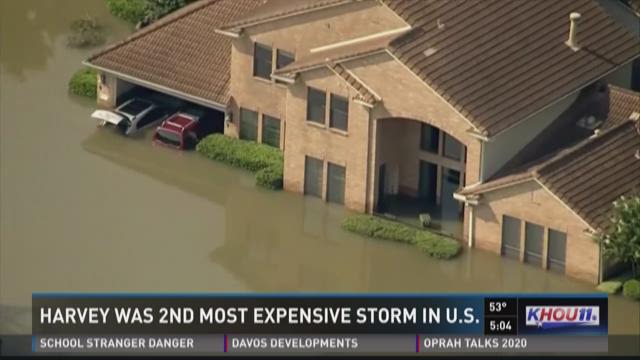 The National Hurricane Center released Thursday its official 76-page report on Hurricane Harvey and its impacts on Texas and the rest of the United States.

According to the NHC, Harvey’s rains caused catastrophic flooding, making it the second-most costly hurricane in U.S. history, after accounting for inflation, behind only Katrina in 2005.

"The latest NOAA damage estimate from Harvey is $125 billion, with the 90% confidence interval ranging from $90 to $160 billion. The mid-point of the estimate would tie Katrina (2005) as the costliest United States tropical cyclone, which was also $125 billion."

Also read: Kids use poetry to cope with life after Harvey

“At least 68 people died from the direct effects of the storm in Texas, the largest number of direct deaths from a tropical cyclone in that state since 1919,” the report stated.

In August 2017, Harvey rapidly intensified into a category 4 hurricane before making landfall along the middle Texas coast. The storm stalled, with its center over or near the Texas coast for four days, “dropping historic amounts of rainfall of more than 60 inches over southeastern Texas.”

“Harvey was the most significant tropical cyclone rainfall event in United States history, both in scope and peak rainfall amounts, since reliable rainfall records began around the 1880s. The highest storm total rainfall report from Harvey was 60.58 inches near Nederland, Texas, with another report of 60.54 inches from near Groves, Texas.”

At least 160,000 structures were flooded in Harris and Galveston counties, according to the NHC report. 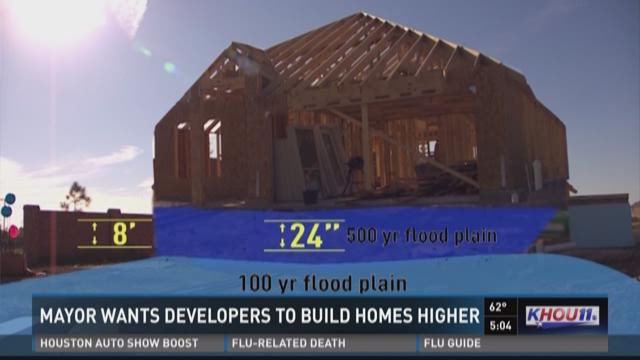 Outside of the Houston area, serious flood damage was reported farther east in Jefferson, Orange, Hardin and Tyler counties, with about 110,000 structures flooded.

Other notes from the NHC report:

In Brazoria County, the Brazos and San Bernard Rivers experienced record water levels, which caused widespread floods across the county. The hardest hit communities were in Baileys Prairie, Richard and West Columbia. Widespread major flooding on the Brazos River and Oyster Creek led to numerous roads and homes flooding in Columbia Lakes, Mallard Lakes, Great Lakes, Riverside Estates and the Bar X Ranch subdivisions, as well as homes on CR 39. Flooding damaged the bridge over Cow Creek at CR 25, making it impassable. Major flooding also occurred along the San Bernard River at Sweeny with widespread inundation of the west floodplain. The Phillips 66 refinery took on water near Little Linville Bayou. Hanson Riverside Park was inundated, and water overtopped the Phillips Terminal, halting all vessel traffic. High flows from the Brazos and San Bernard Rivers caused navigation problems for several weeks. Over 9,000 homes experienced flood damage from the storm.

In Wharton County, widespread catastrophic flooding occurred from both the Colorado and San Bernard Rivers, causing Highway 59 to close between Hungerford and El Campo. The flooding inundated areas of Wharton, with hundreds of homes and businesses under water in many communities including Hobben Oaks, Bear Bottom, Elm Grove, River Valley and Pecan Valley. Other areas such as Glenflora, Peach Acres and the Orchard were hard hit. Major-to-record flooding also occurred on the San Bernard River at both East Bernard and Boling, with the hardest hits areas being El Lobo and New Gulf. Major lowland flooding occurred with many homes (including some on the second-story) and businesses being inundated, and the cotton crop was decimated. An estimated 2,000 homes were damaged or destroyed in the county.

1 / 15
Joe Raedle
Naomi Coto carries Simba on her shoulders as they evacuate their home after the area was inundated with flooding from Hurricane Harvey on August 27, 2017 in Houston, Texas. (Photo by Joe Raedle/Getty Images)

In San Jacinto County, major lowland flooding occurred on the Trinity River near Goodrich with damage and debris noted near the boat ramp and channel in proximity to the river gauge. Major flooding occurred upstream near Lake Livingston, with roads and many homes south of the lake being inundated. About 3,300 homes were damaged in the county.

Major-to-record flooding occurred in Liberty County along the Trinity River with numerous roads inundated including FM 787. Many homes and subdivisions were either cut off or inundated, specifically north of the city of Liberty and in the Grenada Lakes Estates subdivision. Significant damage occurred along the banks of the river due to high flows and several utility lines were severed due to the loss of poles in the vicinity of the Romayor gauge. Record river levels were also observed on the east fork of the San Jacinto River causing significant flooding in Cleveland, Williams and Plum Grove. High flows caused significant scouring of the state 105 (business) road; other roads were washed out as well, with bridge washouts or closures observed in many parts of the county. At least 1,000 homes were damaged in the county.

In Chambers County, record floods over the lowlands occurred along the Trinity River. Cedar Bayou was out of its banks in many locations, with significant flooding observed in Baytown. Numerous roads and homes were inundated across the county, including extensive flooding in the Milam Bend subdivision. High flows from the Trinity River impacted the navigation community for several weeks. An estimated 3,000 homes were damaged, and numerous businesses had significant damage.”

You can read the full report and NHC data here (PDF): https://www.nhc.noaa.gov/data/tcr/AL092017_Harvey.pdf