Meyerland is one of the neighborhoods still dealing with Harvey's impact. 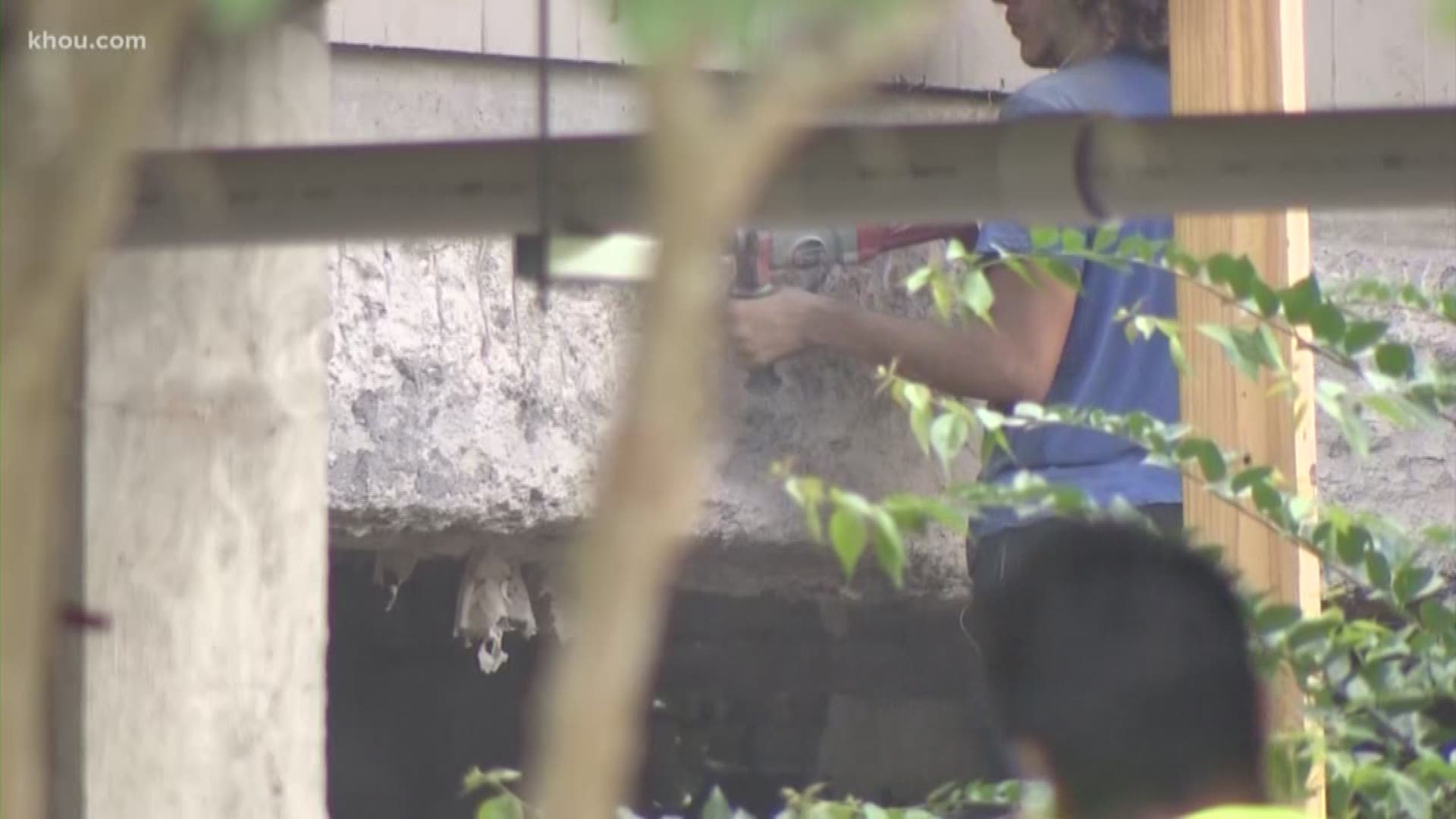 HOUSTON, Texas — As a brand new Kolter Elementary is assembled where the flooded one stood for decades, the school’s old sign still reads “Houston Strong.”

The surrounding Meyerland community has certainly shown its resilience since Harvey.

Badavi’s family moved back into their repaired home. It's still at ground level and still at risk.

"We have flood insurance for the cars and the house," said Badavi. "But it would help a lot if we could get it raised.”

Raising their homes is what many of her neighbors have done.

We saw one in the midst of a major lift on the second anniversary of the flood.

His company has elevated almost a hundred homes in Meyerland alone. It specialized in coastal projects before Harvey.

"You know, at the end of the day, it’s going to be this wonderful mix of old architecture," said Contreras.  "Homes that have been lifted and new construction.”

That should increase capacity through Meyerland, specifically.

"We estimate that about one in 11 of Houston's Jewish homes flooded,” said Taryn Baranowski of the Jewish Federation of Greater Houston.

The Jewish Community Center, just off Bray's Bayou, got 10 feet of water during Harvey.

The federation raised $23 million to help families in and outside the faith.

"And I would say what Harvey showed us as Houstonians was how, when we all come together in crisis, we can all support each other and show the strong community that we are,” said Baranowski.

Many people have made progress since Harvey.

But some homes still sit virtually untouched since the flood.

Its impact will be felt for years to come.