Rat traps are scattered around the Ingham's home. The couple said the traps catch one or two rats every day. 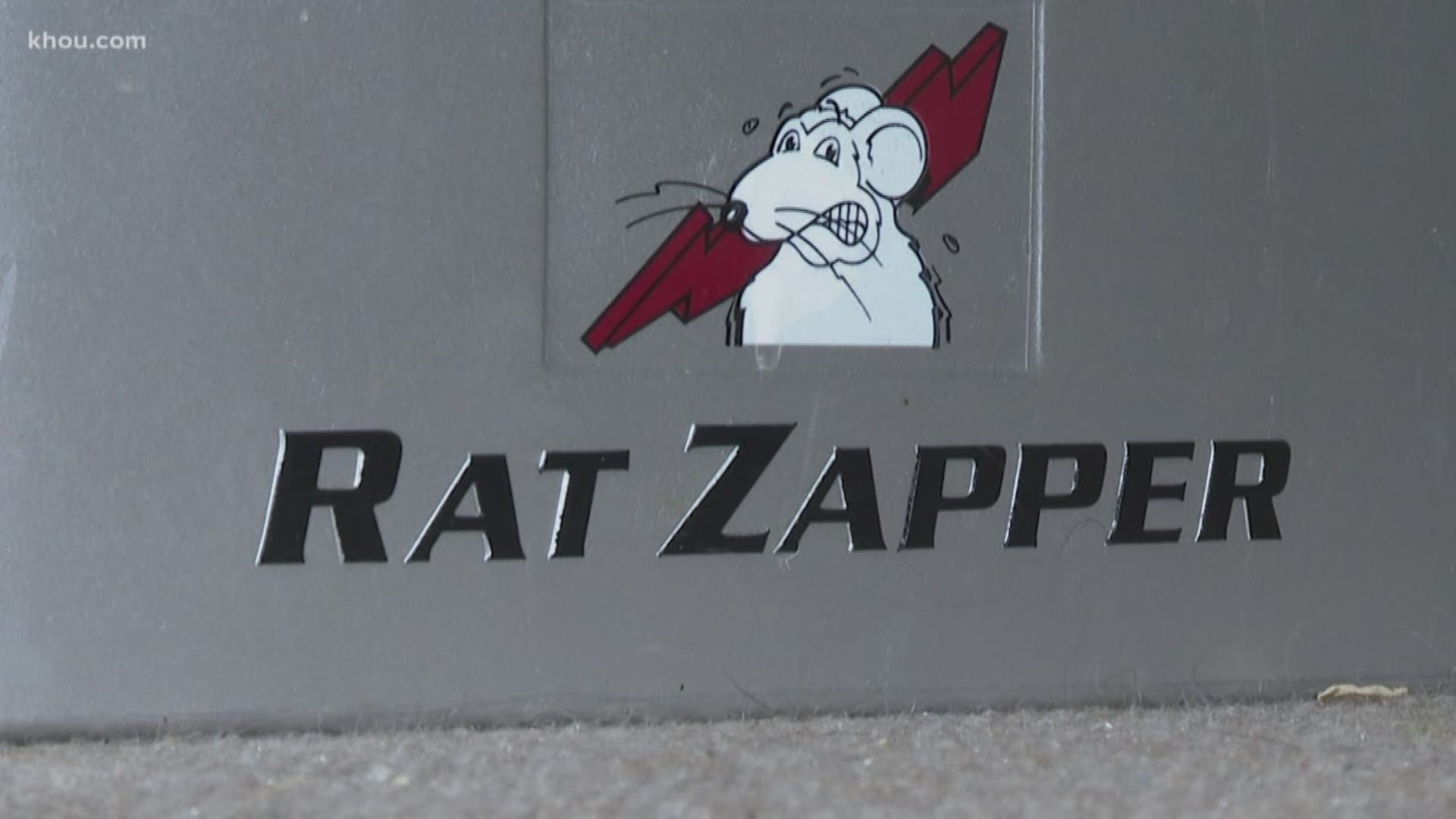 KATY, Texas — There are countless stories out there of families who are still picking up the pieces after Harvey.

Here at KHOU we’re trying to make sure some of their struggles aren’t forgotten.

For the last 14 years the Ingham family has called Katy home. However, the damage created from the storm is still causing new problems today.

From the front their home looks like it did before Harvey.

In the backyard a blue tarp acts as a wall after it collapsed during Harvey.

“Well the rats get in here. They get in the pantry and chew up stuff and crap all over the place,” Larry Ingham said

RELATED: 2 years after Harvey: Dickinson residents still struggling to get back on their feet

Inside rat traps are scattered around the home. Ingham said the traps catch one or two every day.

“We keep finding boxes of food that’s been chewed into and until that chimney is fixed we can’t stop them,” Ingham said.

But, he’s doing what he can.

“We’ve got it taped up trying to stop them from coming in but it doesn’t stop because there’s a big hole in the pantry they come in,” Ingham said. “They get in the wall. You can hear them running in the walls and the ceiling at night.”

He said the last two years have been nothing short of miserable.

Ingham said, “Because I can’t fix it. That’s what makes it rough. I can’t do it myself anymore.”

Ingham had seven heart attacks and started radiation on Tuesday in his battle against prostate cancer. He knows fixing one problem will take care of the other, but he also knows how blessed he is to have a roof over his head.

Ingham said, “I mean it’s aggravating for me to have these rats coming in and this hole in the back of our house but I’ve seen people in a lot worse shape than I am still.”

If you or anyone you know can help the Ingham’s please email forgotten@khou.com.