Gov. Abbott: We will help our friends in Louisiana recover from Hurricane Laura 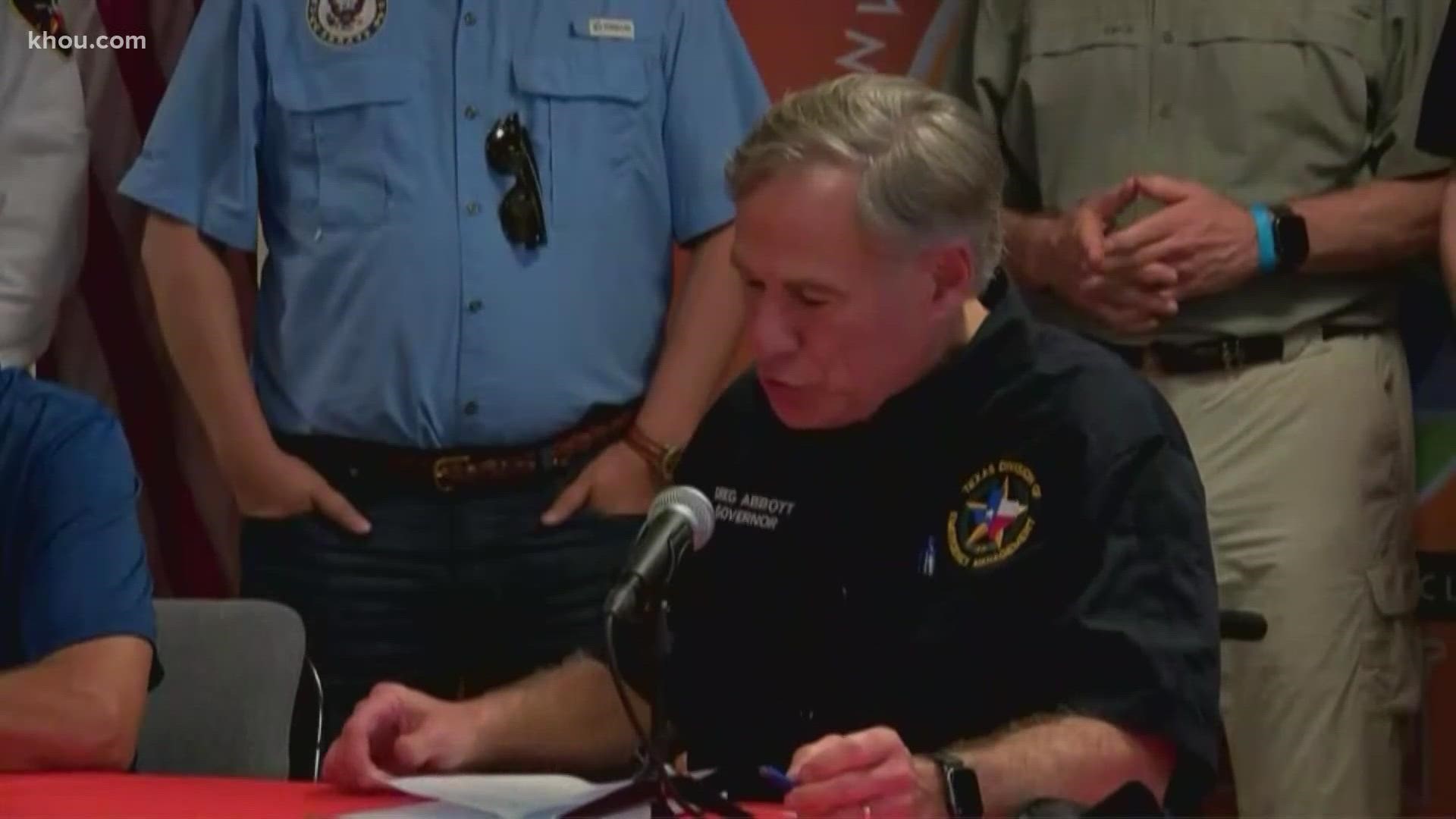 The storm, which caused devastation in Louisiana, still caused significant damage across spots in Texas, including Orange, where KHOU’s Drone 11 flew over homes and businesses damaged by Laura.

Abbott said the storm surge in Texas was about three feet, much lower than anticipated.

Laura is considered one of the strongest storms on record to ever hit the U.S., with winds reaching 150 mph, only 7 mph shy of a Category 5 storm.

RELATED: Hurricane Laura one of the strongest hurricanes on record to hit the US

As of today’s news conference, Gov. Abbott said 160,000 people were still without power, but there were no confirmed deaths from the storm.

To help with the recovery, Gov. Abbott said the Texas Department of Public Safety, Texas Task Force 1, the Parks and Wildlife division and military were scouring every part of the affected areas to provide search and rescue if needed.

Nearly 8,500 people were given shelter provided by the state during the storm. The governor said those shelters would remain as long as people needed them.

Earlier this week, Gov. Abbott issued a state disaster declaration for 62 Texas counties ahead of the storm and was granted approval for federal assistance.

Texans who have been affected by Hurricane Laura can visit gov.texas.gov/hurricane for resources and more information.

With daylight, we got a good look at the damage left behind by Laura. It made landfall at around 1 a.m. Thursday in southwestern Louisiana near Cameron as a category 4 hurricane, according to the National Hurricane Center.