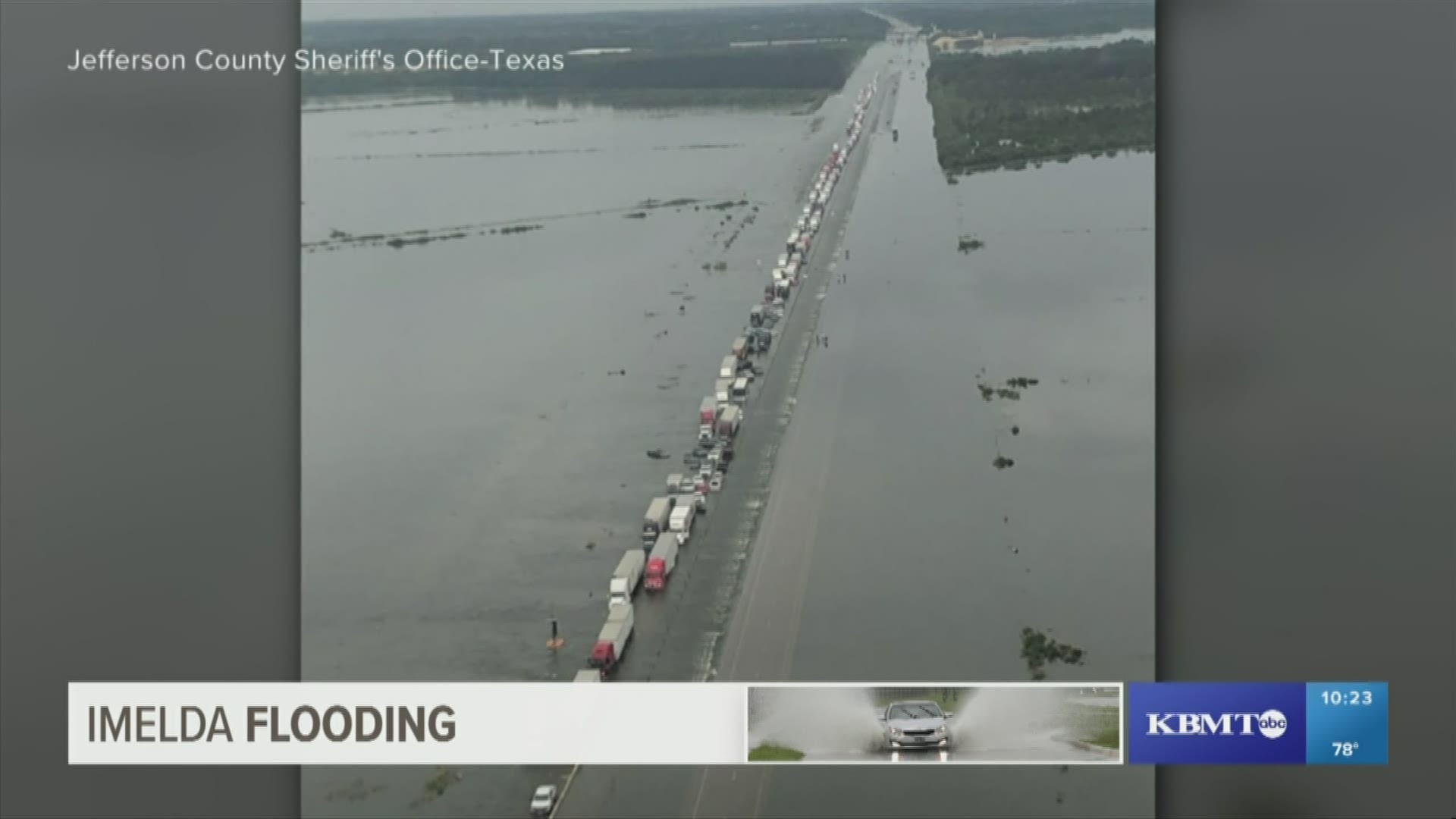 A stalled vehicle was reported three miles west of Beaumont on I-10 around 7 p.m. Thursday, Sept. 19, Texas DPS Trooper Stephanie Davis said in a news release.

Troopers said a 2017 Dodge pickup truck was stalled in westbound I-10 during the flooding. After the water level went down, they found the driver dead in the vehicle.

RELATED: Third Imelda victim found inside car in canal near I-10 and Walden Road

RELATED: Imelda victim who drowned after driving into 8 feet of water identified

Photos of flooding in Jefferson County