The next move for the storm will be to head into the southeast Gulf of Mexico Monday in the afternoon hours into Tuesday. There is uncertainty in its path. 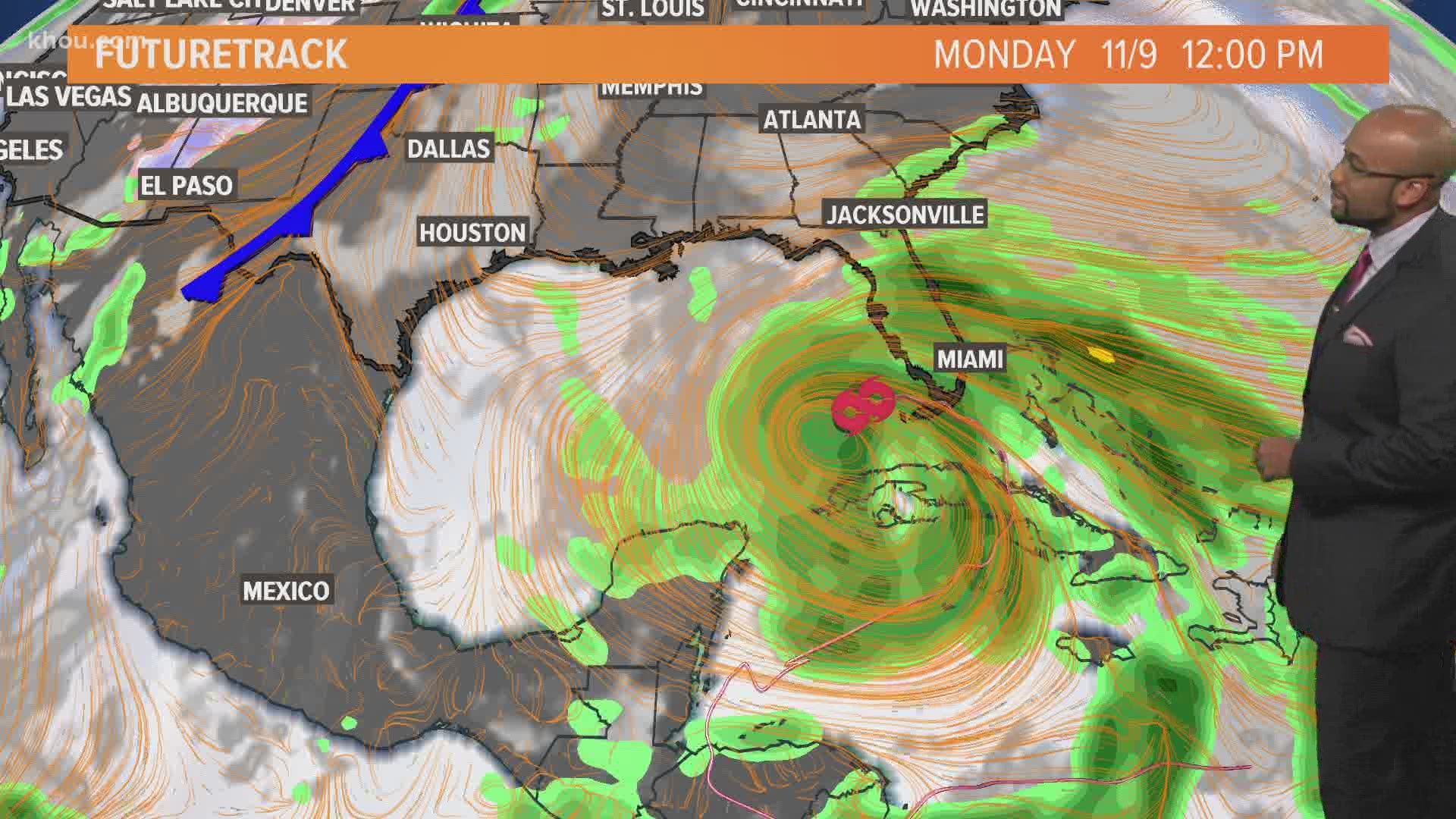 As of the 7 a.m. Central update from the National Hurricane Center on Monday, the storm has winds of 65 mph and is moving west-northwest at 13 mph.

Where is Eta heading?

The next move for the storm will be to head into the southeast Gulf of Mexico Monday in the afternoon hours into Tuesday. There remains significant uncertainty in the long-range forecast of the track and intensity, but it is not expected to be a problem for the Houston area or the rest of the Texas coast.

That's right - we may be setting a new record:

We could be breaking the 2005 Atlantic Hurricane Season's record for the most storms to form soon. Two areas are being monitored for development so could #Theta & #Iota be in sight? We'll see. #KHOU11 @KHOU @HTownrush #Tropics #TSEta pic.twitter.com/AG3qiY5UZf

1. Heavy rainfall from Eta will continue across portions of Cuba, Jamaica, the Bahamas, and southern Florida and spread north into central Florida. Life-threatening flash flooding will be possible across inundated urban areas of southeast Florida today.  Flash and urban flooding will also be possible for Cuba, Jamaica, the Bahamas and the remainder of southern Florida, along with potential minor river flooding in central Florida.

2. Tropical storm conditions will continue across portions of the Florida Keys, and south and central Florida today.

3. Water levels will gradually recede along portions of the southern coast of the Florida peninsula and Keys.  Residents in these areas should follow any advice given by local officials.

4. Eta could approach the Florida Gulf Coast later this week as a tropical storm, and possibly bring impacts from rain, wind, and storm surge. Interests in this area should monitor the progress of Eta and updates to the forecast this week.