The powerful wind and waves from the storm that made landfall as a Cat 1 hurricane left behind a mess for folks in many coastal communities. 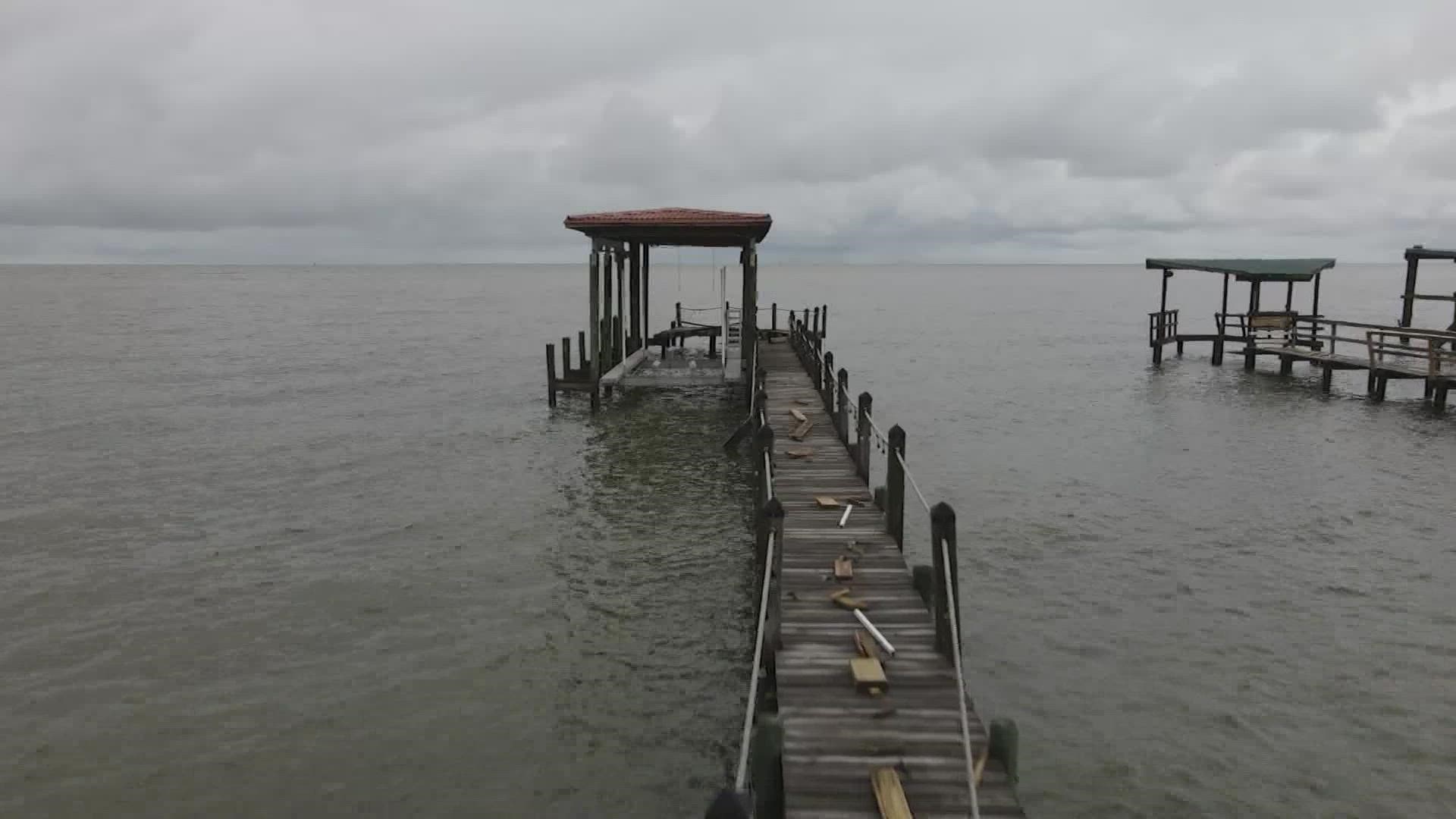 KEMAH, Texas — Hurricanes and tropical storms are part of life for folks who live along the Texas Gulf Coast, including the Kemah and Clear Lake Shores area.

Hours after Nicholas blew through overnight, people there pulled up their bootstraps and got busy surveying the damage and mopping up the mess.

The storm surge from Nicholas flooded restaurants and businesses in Clear Lake Shores. KHOU 11 News reporter Matt Dougherty spotted some residents paddling through the area on a kayak Tuesday morning.

"We had that type of winds going through and you hear all the howling of the sailboats it gets pretty spooky," Otten said.

Powerful waves wiped out a lot of piers. Pieces of wood from the piers washed ashore and caused more property damage.

Kim Kammerer snapped these before and after photos of a pier in Kemah.

Wow. Check out these before/after #HurricaneNicholas photos of a pier in Kemah. Photo courtesy of Kim Kammerer. #KHOU11 pic.twitter.com/k8WMzBKywp

Trees also toppled onto houses and cars and it wasn't the first time for Kathy Gibson.

"Same thing happened during Ike. It was two cars and it was the neighbor's trees," Gibson said.

Utility crews were repairing damaged poles and powerlines when our KHOU 11 News crew captured of the lines arcing.

It's a dangerous job, and we thank all of the crews working so hard to restore power as quickly as possible.

😳So this happened ...We were getting video of utility workers repairing some power lines and a transformer exploded. (Yes, we slowed it down just in case you missed it.) But this is a great reminder to stay away from those downed power lines and report them!
@KHOU #Nicholas pic.twitter.com/vBc0q0Sz7B