At a Category 4, Hurricane Michael is strongest storm ever to hit Florida Panhandle

Gov. Rick Scott called Michael "the worst storm that the Florida Panhandle has seen in a century." 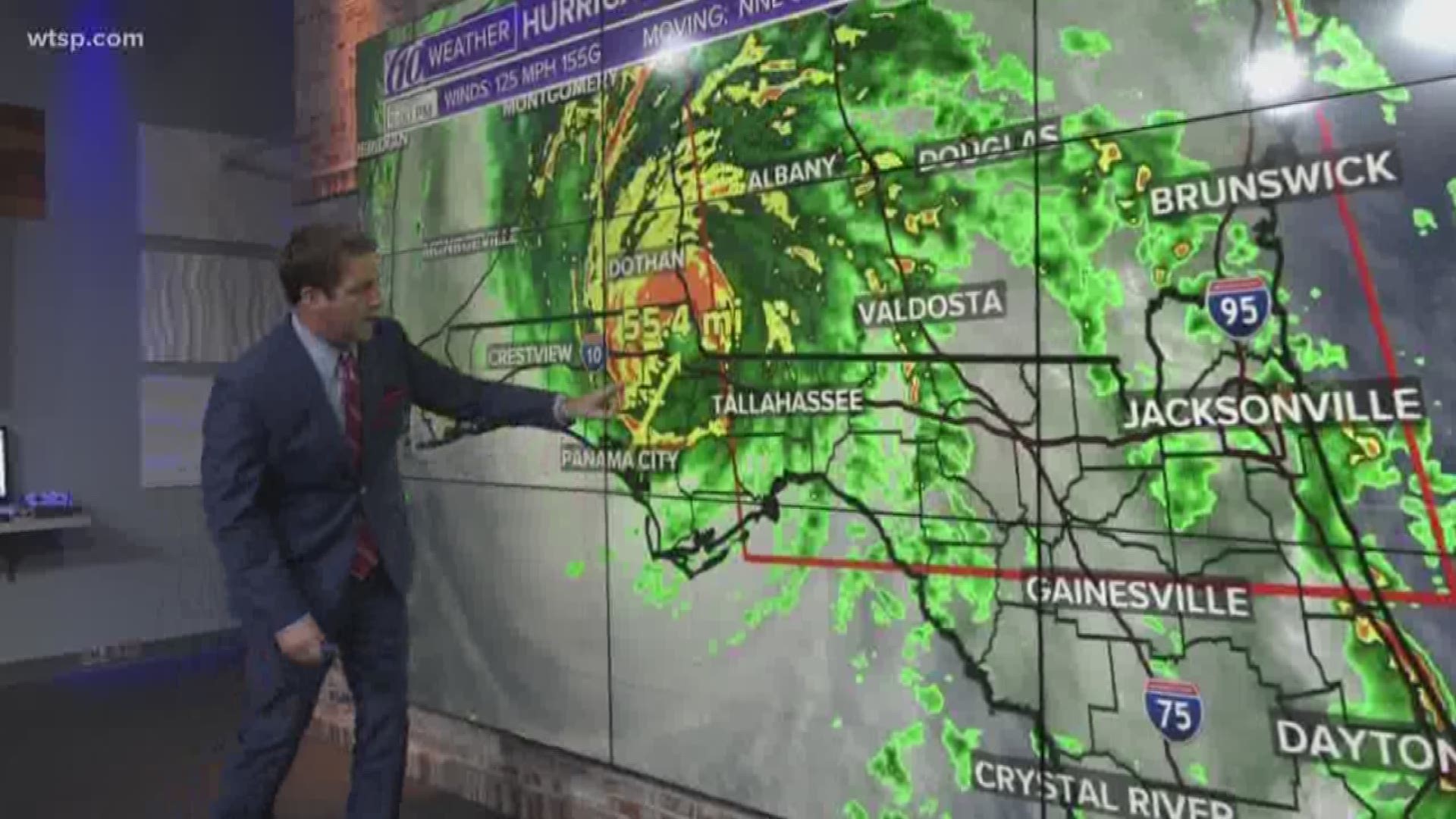 Hurricane Michael is the strongest storm the Florida Panhandle has seen in a century.

The Category 4 storm made landfall around 1:40 p.m. Wednesday with 155-mph winds.

Michael slammed into the area just north of Mexico Beach, intensifying slightly just before the eye passed over land. It is the most powerful storm to hit the Panhandle and Big Bend areas since we started naming storms in 1953.

More: What to expect from Hurricane Michael today

Related: What is a Category 4 hurricane?

Colorado State University Meteorologist Philip Klotzbach tweeted that the Panhandle has never seen a Category 4 or 5 hit since 1851 when hurricane records began being kept.

In 1972, Hurricane Agnes hit the middle of the Panhandle as a Category 1 storm. Though it was only a Category 1, according to the National Weather Service, the total damage from Agnes was more than $3 billion when adjusted to today’s dollars.

Hurricane Eloise hit the Panhandle as a Category 3 storm in 1975.

And, most recently, Hurricane Hermine hit the Big Bend area of northwest Florida as a Category 1 in 2016.

Gov. Scott said 1,000 search and rescue team members are ready to start their work when the storm passes. Getting power back on will be a top priority, Scott said, though no communication outages or fuel outages had been reported as of Wednesday morning.