Thousands watched online Sunday night as it washed away, and now it has been found on a beach just a couple miles away. 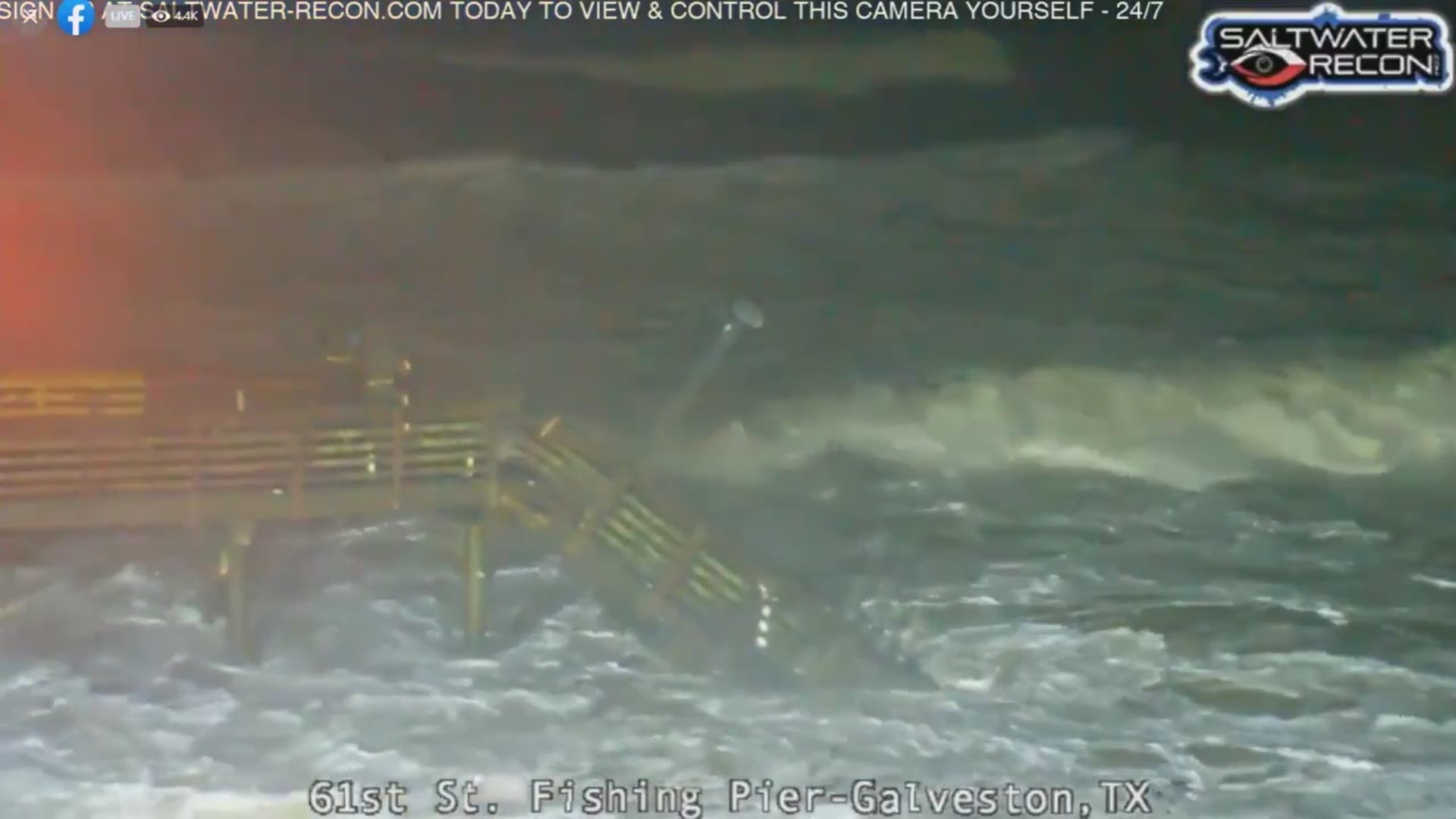 GALVESTON, Texas — As Tropical Storm Beta approached the Gulf Coast, it brought with it rough surf across Texas coastal communities.

In Galveston, the strong waves actually took out part of the 61st Street Pier. Saltwater-recon.com was streaming as it happened.

According to their Facebook post, workers were out on the pier, trying to save good sections by separating the part of the pier that was being threatened by the surf.

Finally, at around 10 p.m. the damaged portion of the pier collapsed into the water.

Tropical Storm Beta is expected to make landfall in Texas on Monday afternoon. After it moves inland along the central Texas coast, it is expected to move up the coastline across the Houston area, bringing rain through the week.

The portion of the pier that floated away was found next morning a few miles away:

Localized flooding is possible with higher chances of flooding in the coastal communities. On Saturday and Sunday, we saw videos of the tide being pushed high up into neighborhoods, especially in Jamaica Beach, Surfside and Galveston.