The 2021 tropical season is forecasted to produce 17 named storms, eight hurricanes and four major hurricanes, according to meteorologists. 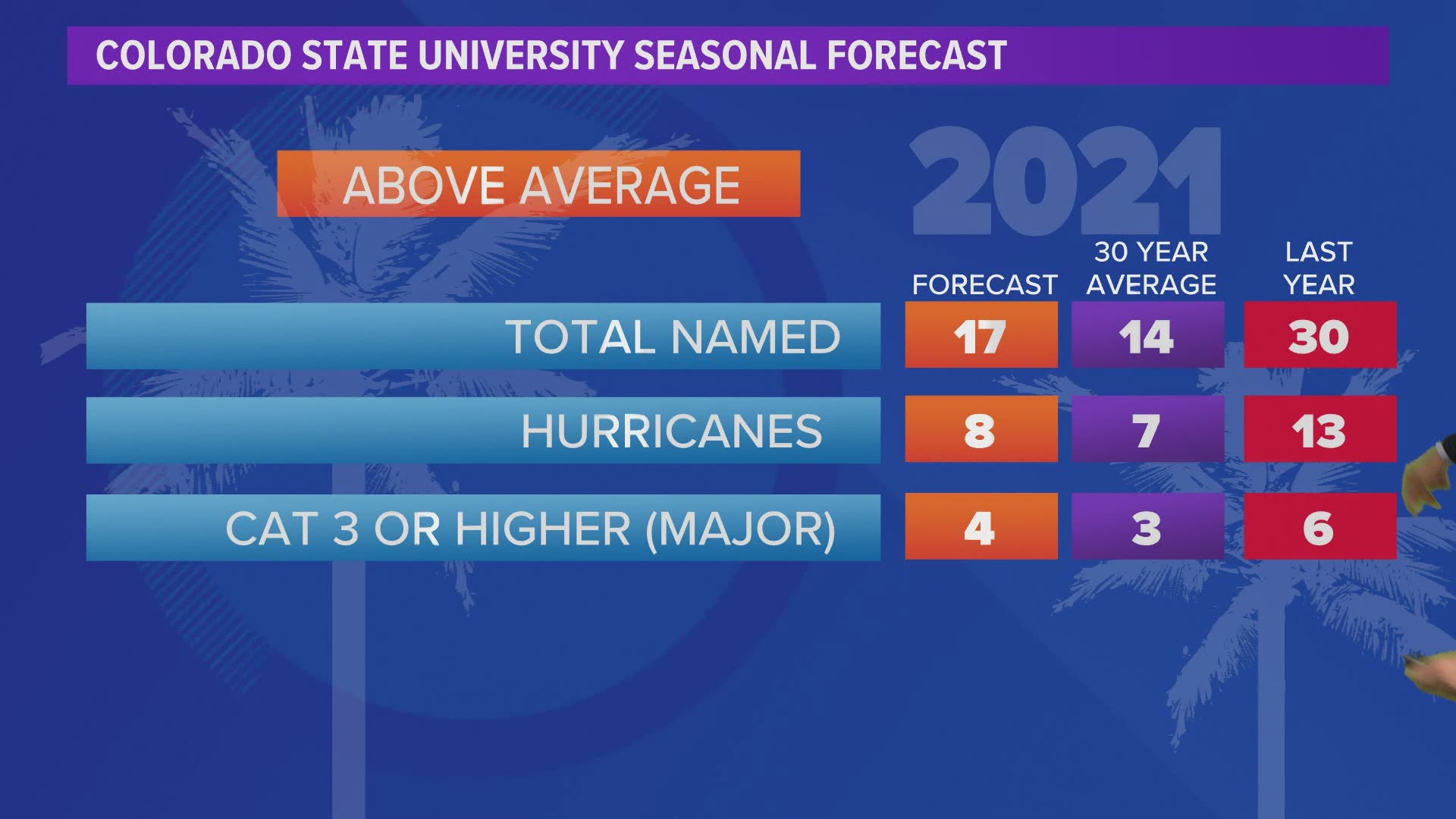 We're less than two months away from what's being predicted to be a very active tropical season.

The 2020 Atlantic season broke records by producing 30 named storms, and the 2021 tropical season is forecasted to be right on its heels with a predicted 17 named storms, eight hurricanes and four major hurricanes, according to a team of meteorologists at Colorado State University.

Since 1953, Atlantic tropical storms had been named from lists originated and recycled by the National Hurricane Center.

NHC always starts with 21 names. In the event that more than 21 named tropical cyclones occur in the Atlantic basin in a season, any additional storms will take names from an alternate list of names approved by the World Meteorological Organization, NHC says.

WMO used to use the Greek alphabet to name storms after the original list was exhausted, but in March WMO decided to no longer use the Greek alphabet, citing confusion around the naming convention that takes away from the need to focus on storm impacts and safety messaging, among other reasons for the decision.

Can a tropical storm be named after me?

NHC uses lists that are put in rotation and re-cycled every six years. For example, the list this year will be used in 2027.

So basically, if your name hasn't been used before, then the chances of a storm being named after you are slim to none.

The only time the lists of names change is when "a storm is so deadly or costly that the future use of its name for a different storm would be inappropriate for reasons of sensitivity," NHC says.

If that happens, then the WMO committee wipes the name from the list and replaces it with another name.