Hurricane Laura made landfall at 1 a.m. Thursday in southwestern Louisiana near Cameron as a category 4 hurricane, according to the National Hurricane Center. 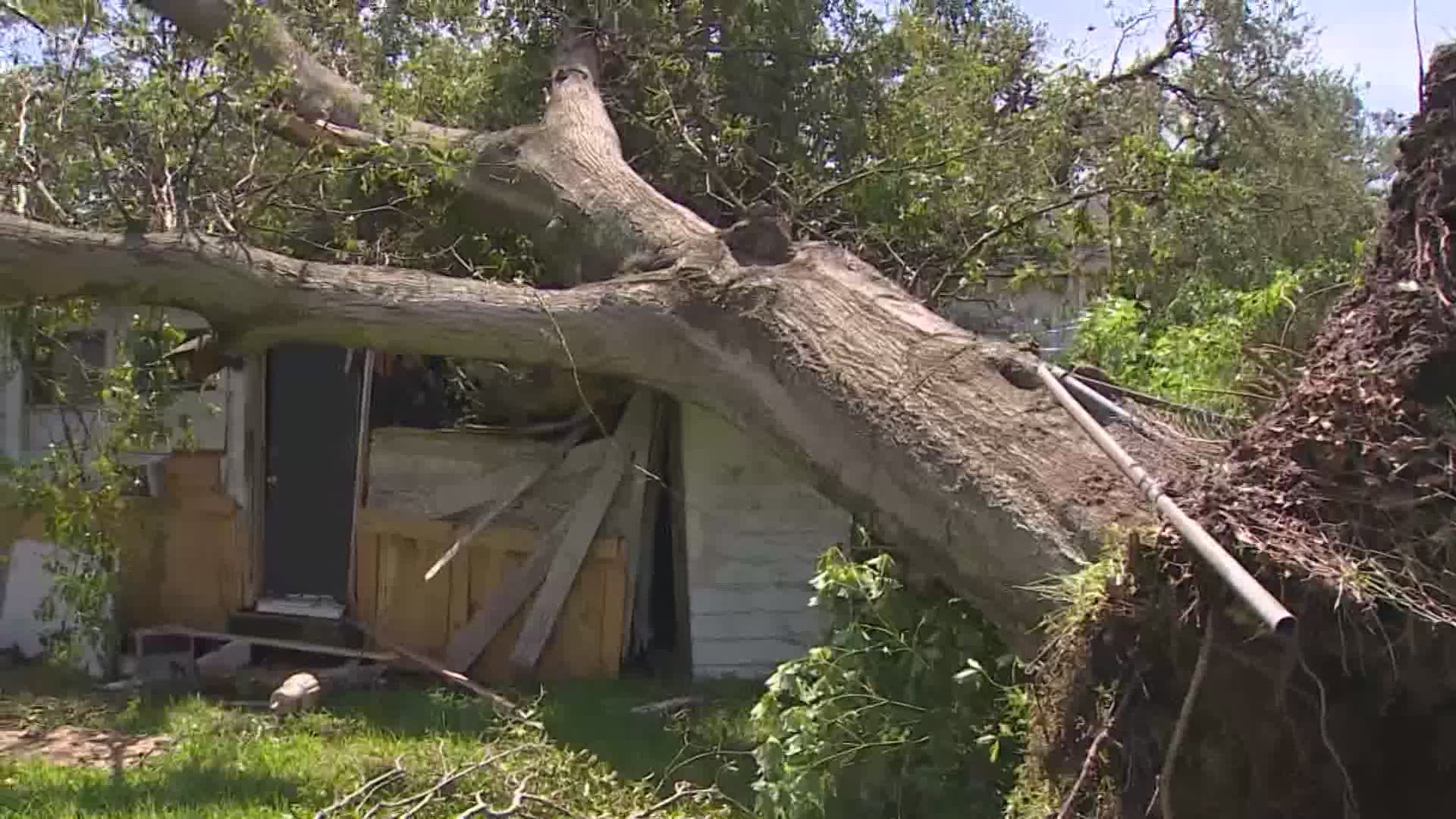 HOUSTON — As the sun comes up and Hurricane Laura starts to weaken, we are starting to get a glimpse of the damage caused by the dangerous storm.

Hurricane Laura made landfall at 1 a.m. Thursday in southwestern Louisiana near Cameron as a category 4 hurricane, according to the National Hurricane Center.

Laura, now, has weakened to a tropical storm with winds of 70mph.

KHOU 11 Reporter Janelle Bluduau drove to Orange County early Thursday morning to assess the damage. Orange was on the east side of the storm's landfall, but still saw plenty of structure damage and high water.

There were trees and several power poles down in some neighborhoods. There was also some street flooding, but it appears water stayed on the roads and didn't get inside homes.

As of 8 a.m., approximately 70,000 people in Southeast Texas were without power.

Power poles down, trees in the road. Some Good Samaritans trying to help clear the roads here in Orange. @KHOU @HTownRush pic.twitter.com/TPcqNO0h2X

LOTS of trees down on streets and around homes. @KHOU @HTownRush pic.twitter.com/HvkHQV823p

KHOU 11 reporter Marcelino Benito spoke to one family in Orange who came back home to find a massive tree in their home. The tree came crashing down onto Torrye Reece's son's bedroom. Had they been home, she says her son would have been killed.

"My son would have died," Reece said. "We're blessed to be alive. That's all I can say."

"It was all night," Jones said. "It was total darkness. We didn't know what was happening outside."

RELATED: Hurricane Laura still a dangerous storm as it tracks north through Louisiana

On Bolivar Peninsula and Galveston Island, things were pretty calm and the damage was minimal.

On Highway 87 on Bolivar Peninsula, rocks from the Gulf were washed along the road, making the path to get in and out of Bolivar impassable. Though, TxDOT was out early in the morning to clear out the rocks.

The highway is expected to reopen later on today.

TxDOT is also in the process of assessing conditions and working to restart the ferry service to the Peninsula.

"Conditions on the mainland and Galveston Island are safe for residents to make the trip back to their properties," officials said.

At this time, there are no reports of power outages or major street flooding on Bolivar Peninsula or Galveston Island.

We're still waiting to see the destruction in Louisiana, but there are reports of buildings and casinos that were severely damaged overnight.

A large chemical plant fire has been reported along I-10 just west of Lake Charles, Louisiana officials warn.

Governor John Bel Edwards tweeted that Westlake-area residents should shelter-in-place and turn off their air conditioning as a precaution. 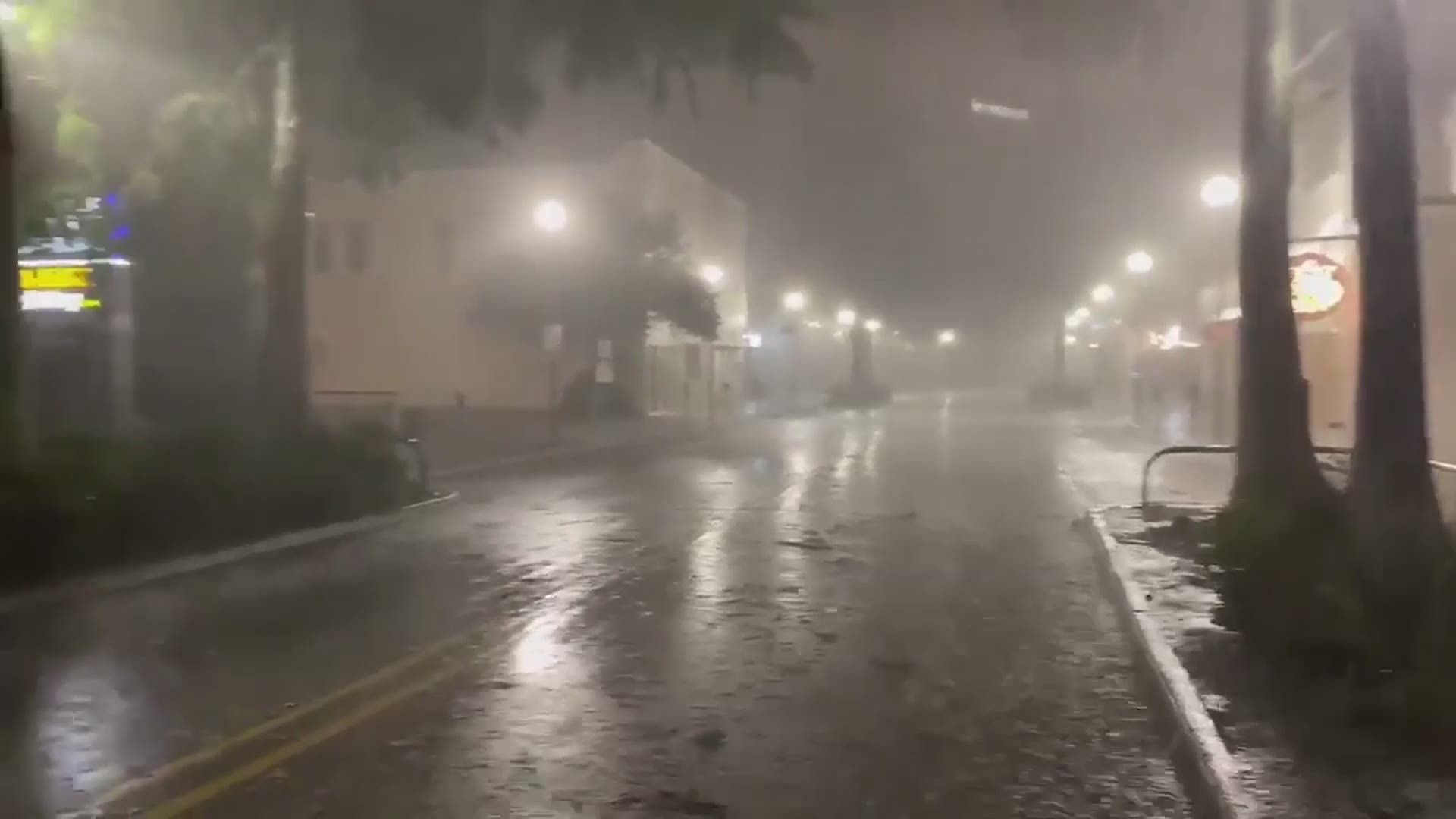 Wow the windows being blown out of this building is crazy! #HurricaneLaura pic.twitter.com/JbSbmw60Jr

Here is video of Reed Timmer before the eye approaches, and video while he’s inside the eye of #HurricaneLaura. — @ReedTimmerAccu pic.twitter.com/YDJGbevsTV

1 / 7
AP
Reginald Duhon prepares to work at his home on Thursday, Aug. 27, 2020, in Lake Charles, La., after Hurricane Laura moved through the state. (AP Photo/Gerald Herbert)