Hurricane Carla in 1961 was so big that it filled the Gulf of Mexico before it struck just 175 miles from Austin. 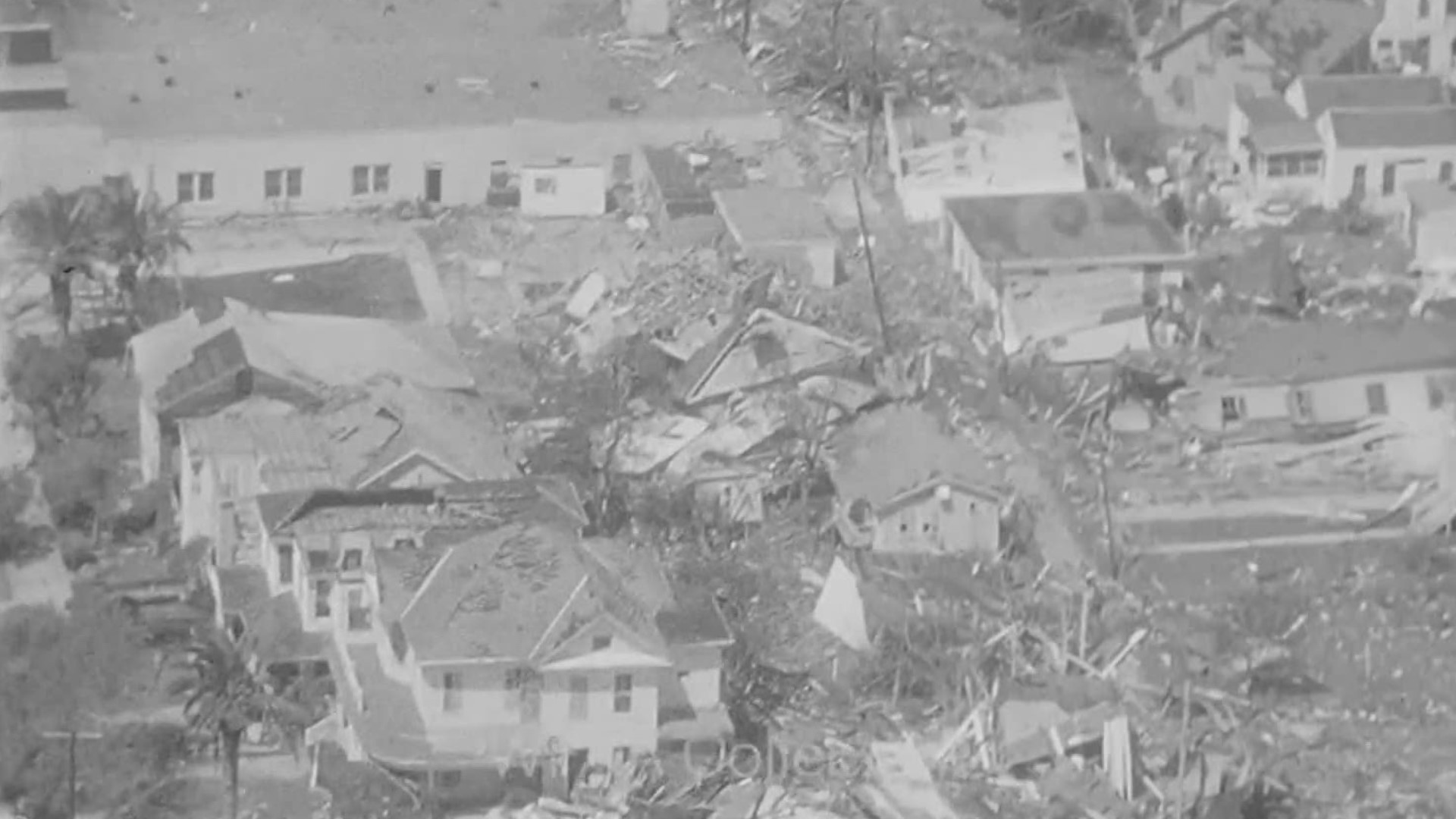 It turned out to be one of the biggest storms in size in hurricane history and caused damage from Port Arthur to Brownsville – the entire 600 mile length of the Texas Gulf Coast. Torrential rains and high winds were felt in Austin and beyond.

When it came ashore, Carla had winds of 170 mph. But it was the storm surge and high waves that caused much of the damage, flooding homes and businesses from Port Arthur all the way to Corpus Christi.

After the storm passed, the Weather Service reported that most of the injuries from the hurricane were caused by snake bites from the thousands carried in by the flood waters. Thousands of water moccasins were washed from southeast Texas swamps and bayous and ended up piling up on streets and in yards.

Live local television coverage about the approaching storm is credited with the surprisingly low death toll. Thirty-eight people died. Advance warnings led to the evacuation of nearly 400,000 coastal residents before the hurricane hit.

A young reporter named Dan Rather from Houston TV station KHOU, channel 11, brought live reports and radar updates continuously from the Galveston Weather Service office, something not seen before on TV. Impressed by his reporting, the CBS network offered him a job, and the rest, as they say, is history.

Hurricane Carla – 59 years ago Friday – was the storm that brought massive destruction along the coast, and brought television into the age of live reporting from a hurricane.