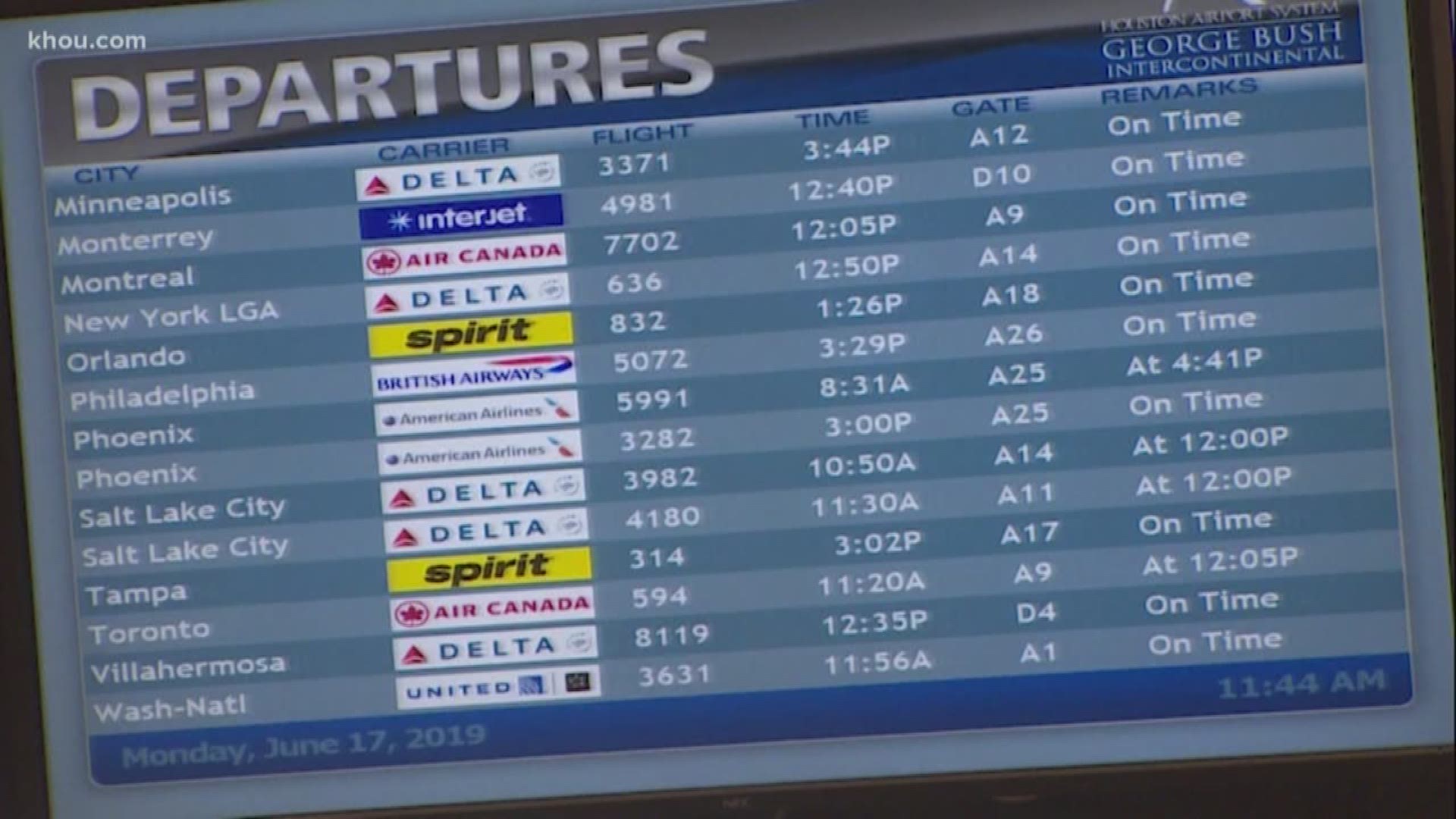 HOUSTON — Thousands of passengers are in a game of 'hurry up and wait' as flights across the U.S. are delayed, some by several hours, because of bad weather across the country.

Josh Kuykendal is crossing his fingers he will be able to board a 9 p.m. plane bound for Seattle Monday night. The Houstonian was supposed to arrive in Washington just before midnight the day before but severe weather across Houston ruined his travel plans.

"It was pretty interesting, just getting here and having delay after delay after delay," said Kuykendal. "And then get on the plane, get out to the tarmac, get ready to take off and pilots come out on the intercom saying, hey we’re out of hours. We’re going to get you back to the gate. We get here. They cancel the flight."

"We'll get on standby and we're going to make some fun memories," said a hopeful Cynthia Mayes.  The Oregon woman had hoped to catch a cruise out of Florida with her grandchildren.  Mayes wanted to take the vacation with her family before starting chemotherapy next week.

RELATED: Here's what you need to know about travel insurance

"I cannot expect this situation," said Jun who had never traveled within the U.S.