Strong storms and high wind moves through parts of southeast Texas and you captured it in photos and video. 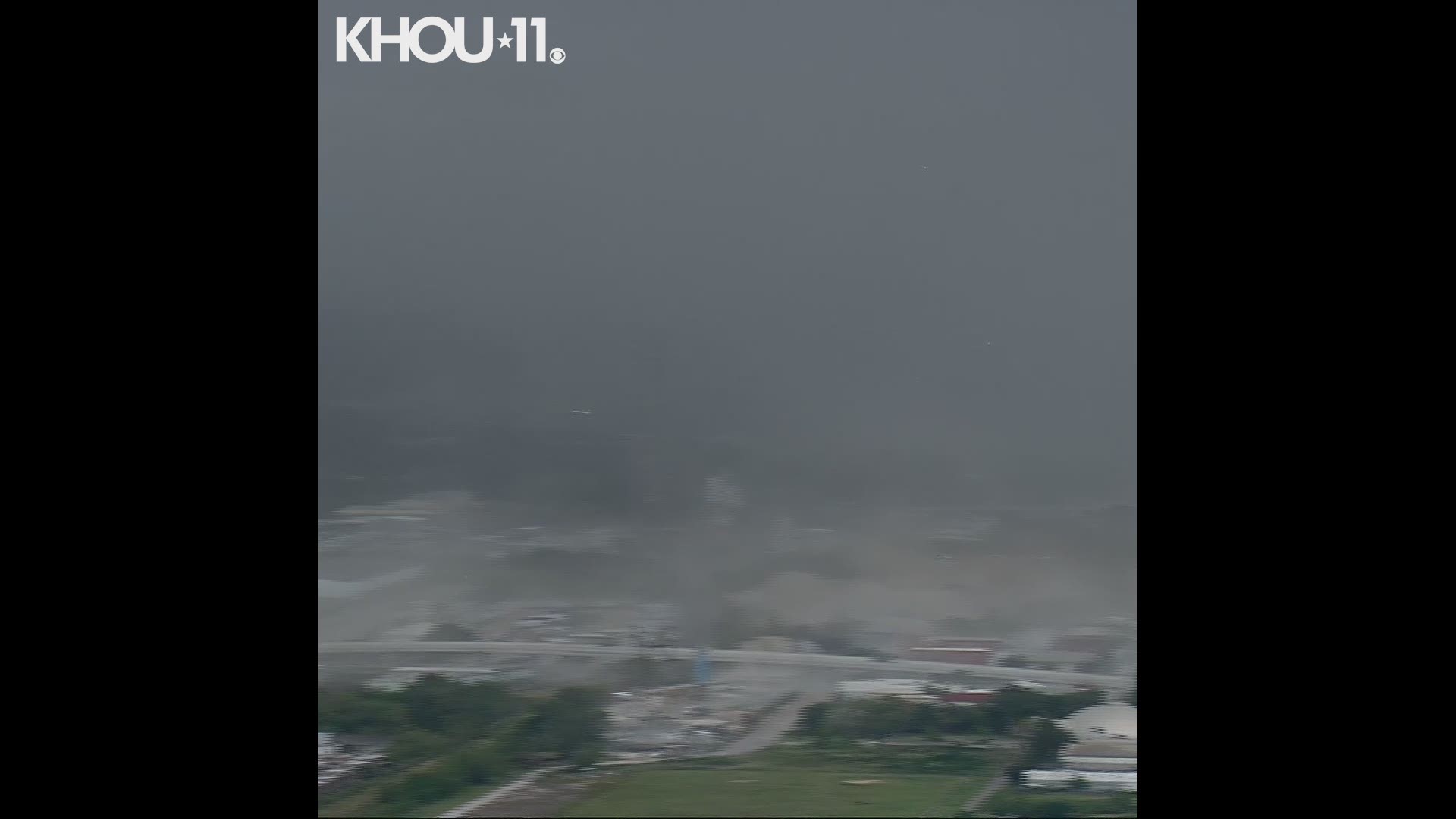 HOUSTON — We knew a cool front was on the way to southeast Texas and this afternoon, it made it here with strong storms and high winds. At one point, a severe thunderstorm warning was issued for parts of the area. That was allowed to expire at 3:15 p.m.

KHOU meteorologist Blake Mathews said the front was coming more quickly than we originally expected -- and did it ever!

Heavy showers on the way, y’all. If you missed my noon update, the front is arriving quicker than expected. Find an umbrella. A messy afternoon commute possible! #KHOU11 pic.twitter.com/6l3FashUwp

Many of you helped us capture images of the storms as they moved in.

And in north Houston, the strong wind pushed around a couple of dumpsters like they were nothing.

Air 11 was over the procession for HPD Sgt. Harold Preston when the storm moved in. It captured the leading edge of the storm.

And in northwest Harris County it went from sunny weather to this in just a few minutes.

Michael Rosenhouse, one of our colleagues at KHOU 11, captured this video of strong wind in Meyerland.

And in Baytown, viewer Kat Debler captured these ominous clouds with the storm.

We will keep adding images and videos to this page. If you want to share your view of the storm, download the KHOU 11 News app and submit through our new Near Me feature.