Warm but not humid conditions are around much of the weekend as Tropical Storm Beta looms off shore. 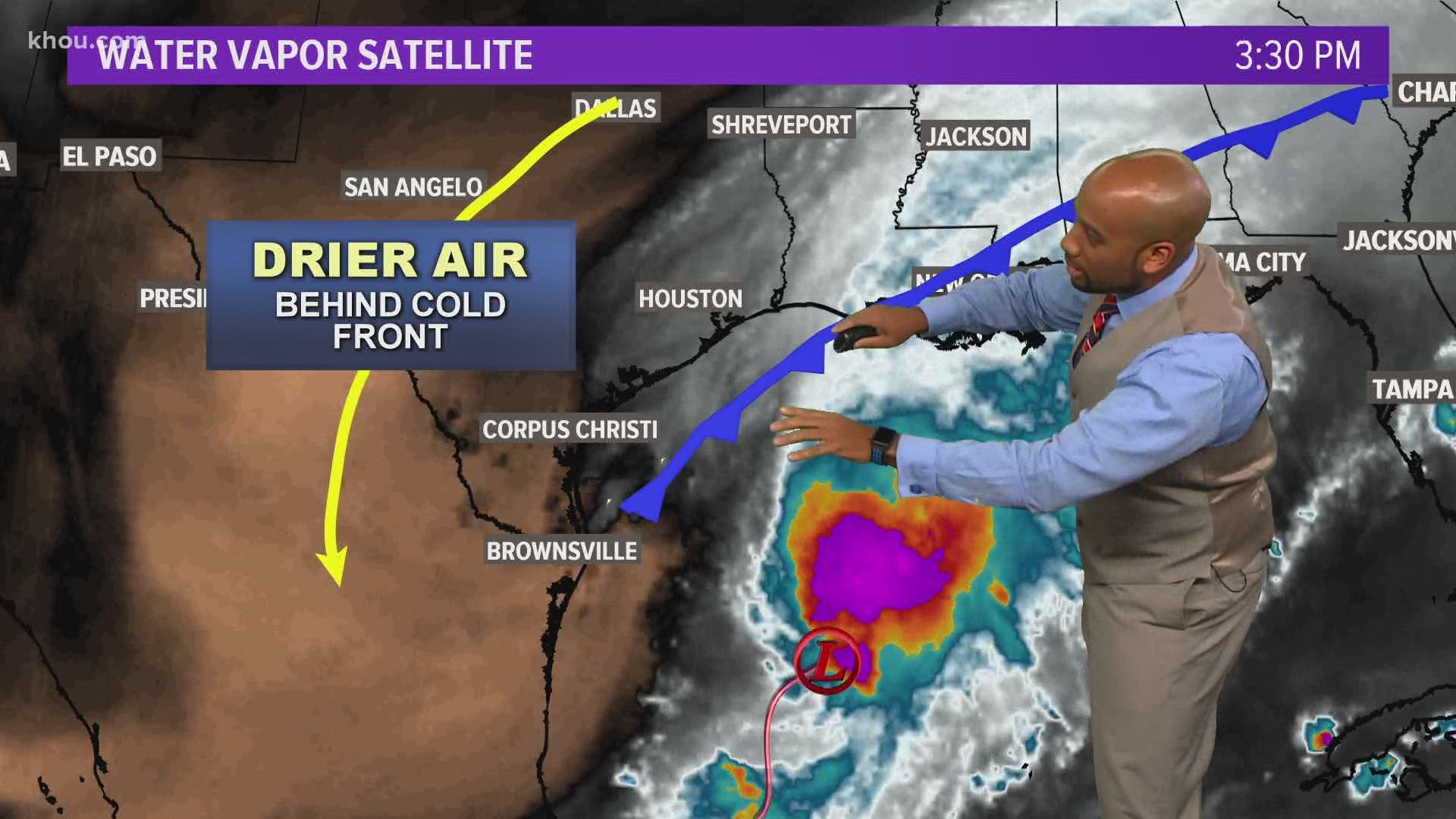 HOUSTON — A cold front has move through and open the door for much lower humidity later tonight and through the first half of Sunday. We will still have warm afternoons, but you can expect nice mornings and evenings.

Enjoy the dry weather while it lasts because we could be in for some downpours next week.

Tropical Depression #22 formed in the Gulf of Mexico a few days ago and is has  strengthen into Tropical Storm 'Beta' by the weekend.

Get the latest detailed update on the Gulf disturbance here

The forecast track from the National Hurricane Center moves the storm toward the lower Texas Coast early next week.

If that track verifies, the Houston/Galveston area might see an increase in rainfall chances. The coast would see tides running well above normal and a coastal flood advisory may be issued.