'Zombie trees' are starting to show after Hurricane Harvey

In the past 30 days at least three people have been killed in the US by falling trees, including a teen from Cypress who was attending a Boy Scout summer camp in Georgia. 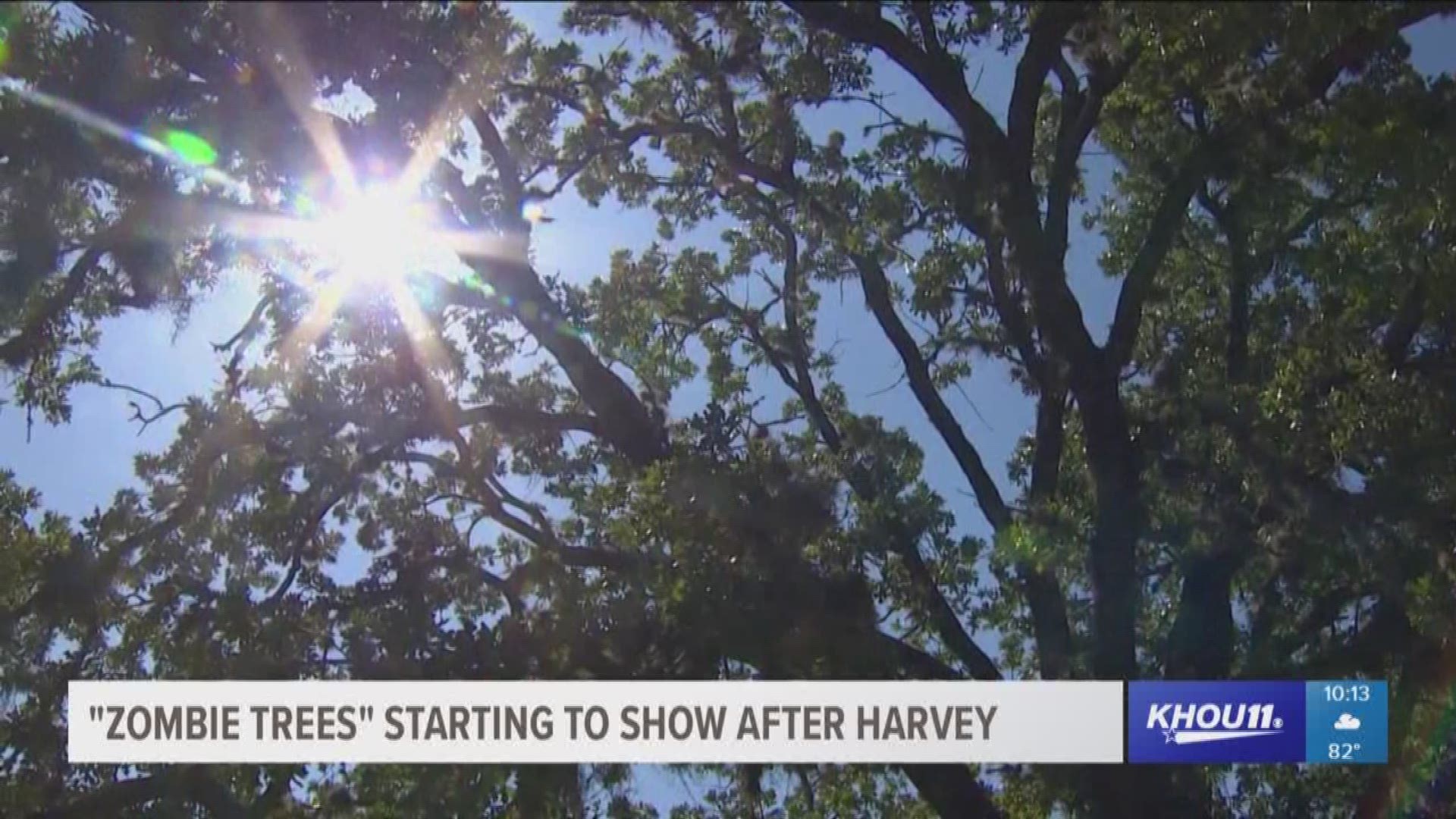 HOUSTON – Is your yard a safe place to be? If you have trees the answer may be no. Arborists say that 10 months post Hurricane Harvey, they’re just beginning to see many trees show signs that they didn’t survive.

Paul Johnson is the urban and community forestry program leader with the Texas A&M Forest Service and this week he’s out with the Urban Forest Street team, inspecting Houston’s once flooded public trees.

“A lot of these trees left out here looked okay,” Johnson explained at Bear Creek Park, “and then, over the last month or so, they really started to drop their leaves and they’re dying back.”

Johnson says although many trees have shown signs of life since Harvey, they may have just been exhaling their final breath.

"You can almost consider them a zombie tree," he said. "They are dead but they just don’t know it yet."

Weak trees can pose dangers to people and property.

“Trees are so valuable to us, they do so many great things, and yet when they fall down they can cause a lot of damage,” Johnson said.

In the past 30 days at least three people have been killed in the US by falling trees, including a teen from Cypress who was attending a Boy Scout summer camp in Georgia and two journalists in South Carolina who were covering storms in Polk County and just this week.

Johnson and his team have been asked to look for troubled trees around greater Houston. Throughout the week they will log a dying or dead tree’s GPS location then recommend a plan to either remove, prune or treat the tree, to the city or Harris County.

Johnson explains that when it comes to assessing flooded trees, it’s an ongoing task. "It can take two to three, as many as seven years before you see the full extent of root damage.”

These are the warning signs that a tree is failing: leaf loss from the ends of branches and the top of the tree and leaf discoloration, usually yellow.

Johnson says that tree removal is not always necessary and that some can be saved with the proper care. He recommends that if a homeowner is unsure of a tree’s condition, to call on an arborist for their professional opinion.

Now's the time to look up. Arborists says many trees are just starting to show signs of death after being flooded by #Harvey. Weak trees = danger to people and property. How to tell if you have "Zombie Trees" tonight at 10 #KHOU11 pic.twitter.com/peNOTtM05W