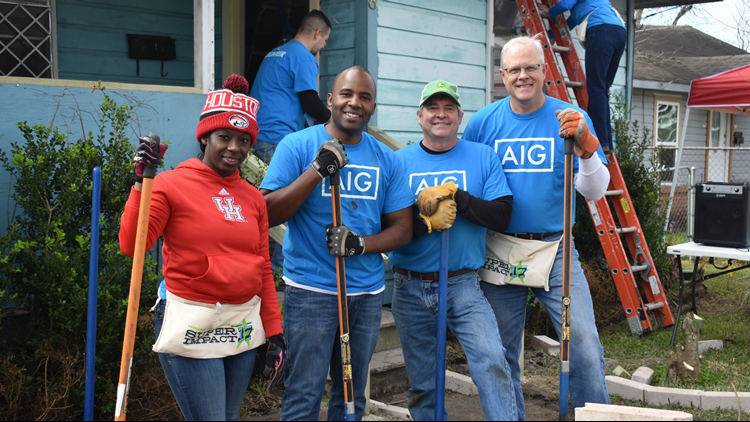 Rebuilding Together Houston continues to help those in need post-Harvey

Hurricane Harvey was a game-changer for many organizations throughout the Houston area, including non-profit Rebuilding Together Houston where volunteers continue to rebuild homes in the community a year and a half after the storm hit.
Author: KHOU Staff
Published: 1:15 PM CDT October 10, 2018
Updated: 11:31 AM CDT October 15, 2018

The months leading up to Harvey had already proved to be a record year for Rebuilding Together Houston as they helped hundreds of families of veterans, low-income seniors and people with disabilities rebuild their homes – and their lives.

The year kicked off with partnerships with the Super Bowl Host Committee and Mayor Turner’s Blue Tarp program. Resulting corporate donations and foundation gifts meant Rebuilding Together Houston could help more families than ever before in their 35-year history.

In early 2017, Rebuilding Houston Together kicked-off a targeted neighborhood revitalization project in a key section of the historic Independence Heights neighborhood. They were planning future projects when Hurricane Harvey made landfall.

Harvey was a game-changer.

Harvey’s arrival brought to Rebuilding Together Houston the same challenges and change that many throughout Houston faced in those immediate days after the storm.

An organization whose mission and heart lies in the well-being and safety of the community, RTH staff were anxious to help their stranded neighbors, even while many dealt with the aftermath of the water in their own lives.

It was in those early days after the storm that the need emerging from the floodwaters became clear. Not only had the numbers of families in need of home repairs increased exponentially, but the nature of the repairs had changed too. Mold treatment and water damage repair became top priority, necessary before any other work could be completed.

All of these factors led to an immediate need to expand the small Rebuilding Together Houston staff. It became clear that the pre-Harvey, dozen-member team could not handle the incoming workload on their own.

The answer to this dilemma came in the quick and generous donations that poured in from across the city and nation as well as significant and timely donations from the AARP Foundation, AIG, Citgo and ExxonMobil.

As a result of that funding, Rebuilding created a new program, Home After Harvey. A team was created to manage holistic construction, volunteer rebuilds and oversee project management. Plus, a client services team was established to manage the influx of client’s needs and regularly communicate during the complicated construction process.

Rebuilding Together Houston learned quickly to adapt to the repair needs of a post-Harvey Houston by optimizing relationships with its community partners.

The first task was to contact all of the organization’s previous and current clients to evaluate where the need was greatest. Due to the influx of funding, Rebuilding was able to begin their repair efforts across the city with those individuals who had already gone through the extensive application process.

From the beginning, it was clear that targeting specific neighborhoods would allow resources to go much further. This also meant that open communication with other community organizations and partners was critical.

A multi-million-dollar gift from CITGO allowed Rebuilding Together Houston to continue their partnership with the historic neighborhood of Independence Heights, repairing many of the flooded homes in that neighborhood, a partnership that will be ongoing for many years.

Other substantial gifts from key community partners like the Greater Houston Community Foundation have allowed a focus on repairs in the hard-hit Kashmere Gardens neighborhood.

Moving forward in the years following the destruction of Harvey, Rebuilding Together Houston will continue to repair the homes of Houstonians who are in most need -- both those who have been impacted by Harvey and those whose homes have fallen to disrepair as a result of a lack of resources.

Long-term recovery from natural disasters on the scale of Harvey have proven to take longer than a decade to return to pre-storm conditions, and the recovery from Harvey will be no different.

Staying true to its 36-year mission, Rebuilding Together Houston will remain focused on the continued need: helping both families in need and those impacted by Harvey, leveraging resources; collaborating with community partners; and leading caring volunteers to help in their community.

Want to support ongoing rebuilding efforts? Donate to or volunteer with Rebuilding Together Houston by visiting rebuildinghouston.org. 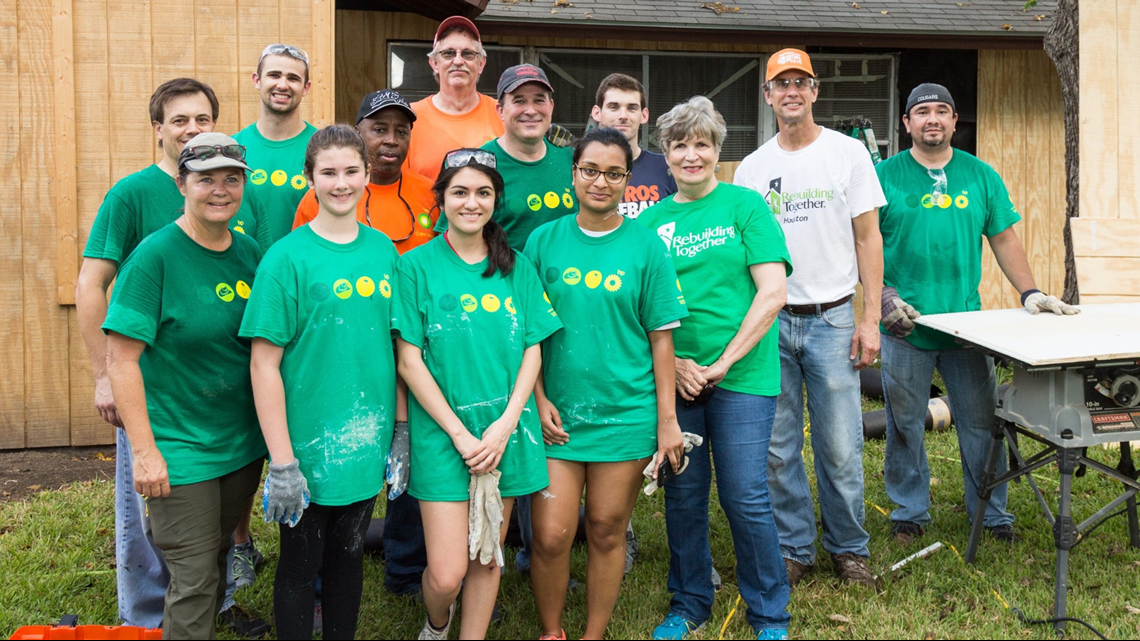