Some of the technology used to save lives was built by a group of friends who saw the need. 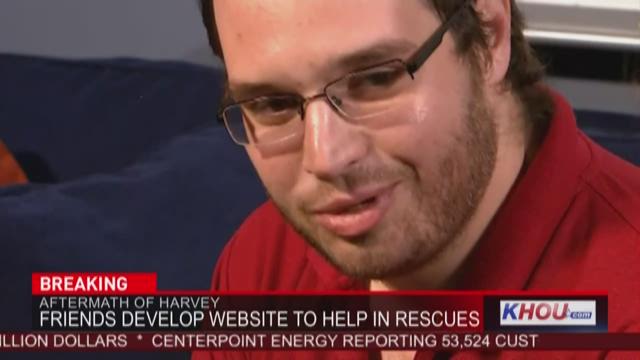 Volunteers have been on the front lines of the rescues seen across Houston.

Some of the technology used to save lives was built by a group of friends who saw the need.

They’ve created an online dispatch system. A place where rescuers can go and immediately connect with people who need help. So far, they’ve helped thousands of people.

After seeing what was happening on the front lines of Houston’s flood, these volunteers who met at Chapelwood United Methodist Church pulled the resources of their real estate and tech companies to build Houston Harvey Rescue.

It launched Monday and within hours had thousands of views, even surprising the guys behind it.

The website is open sourcing rescue efforts. Anyone can add someone to the list who needs help and when rescuers pick them up when they mark them safe.

Helping Houston weather a storm with an idea that came from the heart of these friends.

The website is coordinating rescue efforts in the Beaumont area as of Wednesday night. These friends hope it will become something the whole country can learn from.