Two Memorial Hermann - Texas Medical Center nurses were so determined to get to work during Hurricane Harvey, they would've done just about anything -- including kayak. 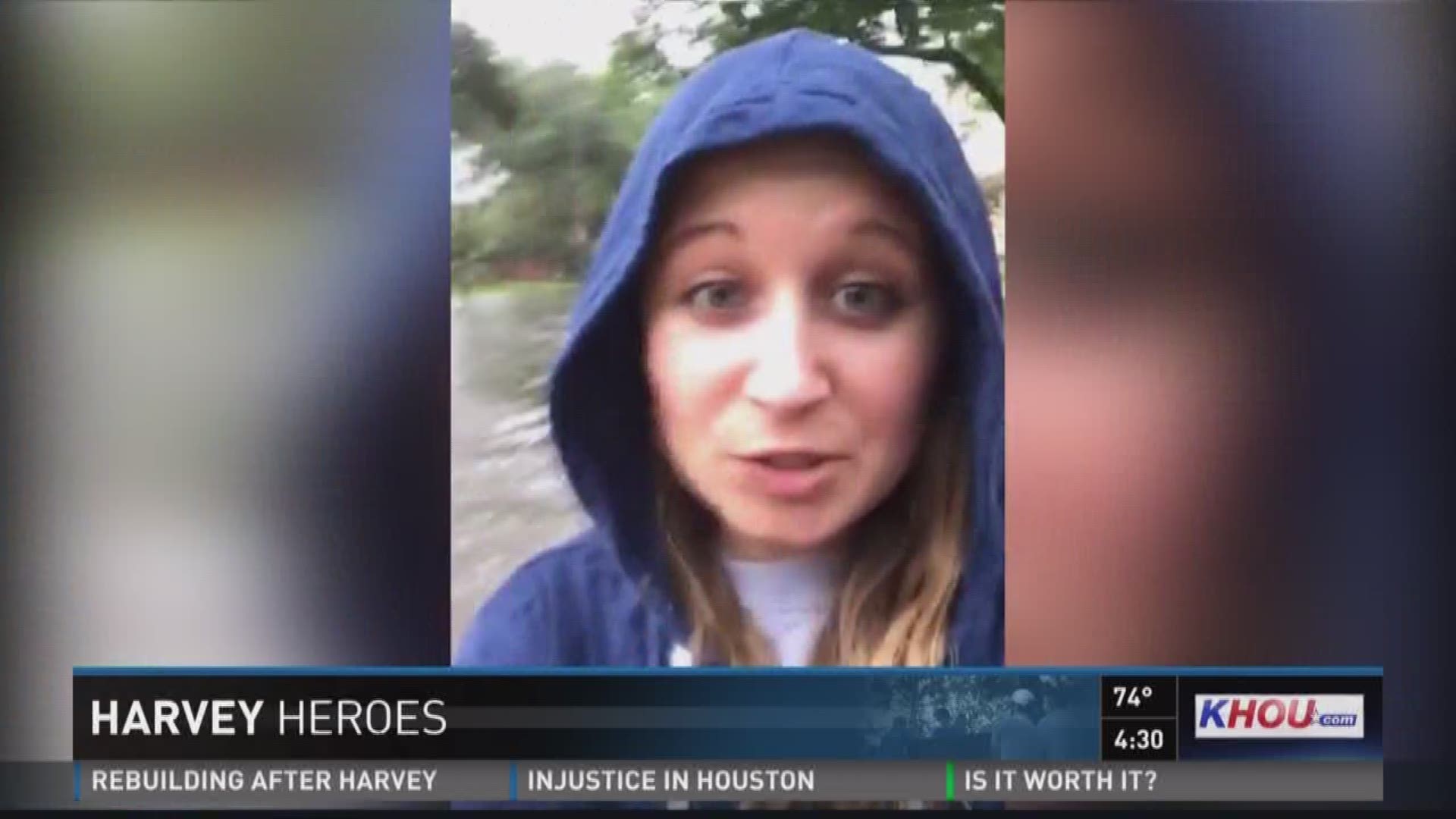 It’s been almost three months since Hurricane Harvey flooded the streets of Houston, but we’re still hearing stories of heroic acts during those few days of disaster.

A blue hoodie and a black paddle were a few of the only items Morgan McCullough and her best friend Casey Aslan had with them that Sunday morning. That, and miraculously, a kayak.

The two nurses were scheduled to be on "Team A" for disaster response at Memorial Hermann - Texas Medical Center.

“You're here whenever the disaster hits, so I knew I would have to come in eventually," McCullough said.

And boy did it hit, but what the nurses didn’t plan for was it hitting them.

“And then we went out and looked at Kirby Drive and all of that. It probably would’ve been shoulder-, chest-deep on me," McCullough said.

They knew they were needed.

“What if that was us? They’ve been up and working for 16-plus hours," Aslan said.

So they had no other choice.

“We told our friends, 'You guys can come or you can stay, but we are kayaking to work,'" McCullough said.

With help, the two pumped up the kayak, strapped on the life vests and pushed off down Kirby. And 45 minutes in the kayak, a few minutes walking, and then a ride from a random stranger, they were there.

“I just remember looking at Morgan like, we just did this, like, we’re here. I felt like it was a scene out of some futuristic movie where the world ends. That’s honestly what it felt like," Aslan said.

Today, they’re back to work. It’s like nothing ever happened.

“I think it’s still hard for me to grasp that we even did it, to be honest," McCullough said.

But the nurses know that day is one they’ll never forget.