The attention isn’t only because of the food, but for the hiring philosophy. 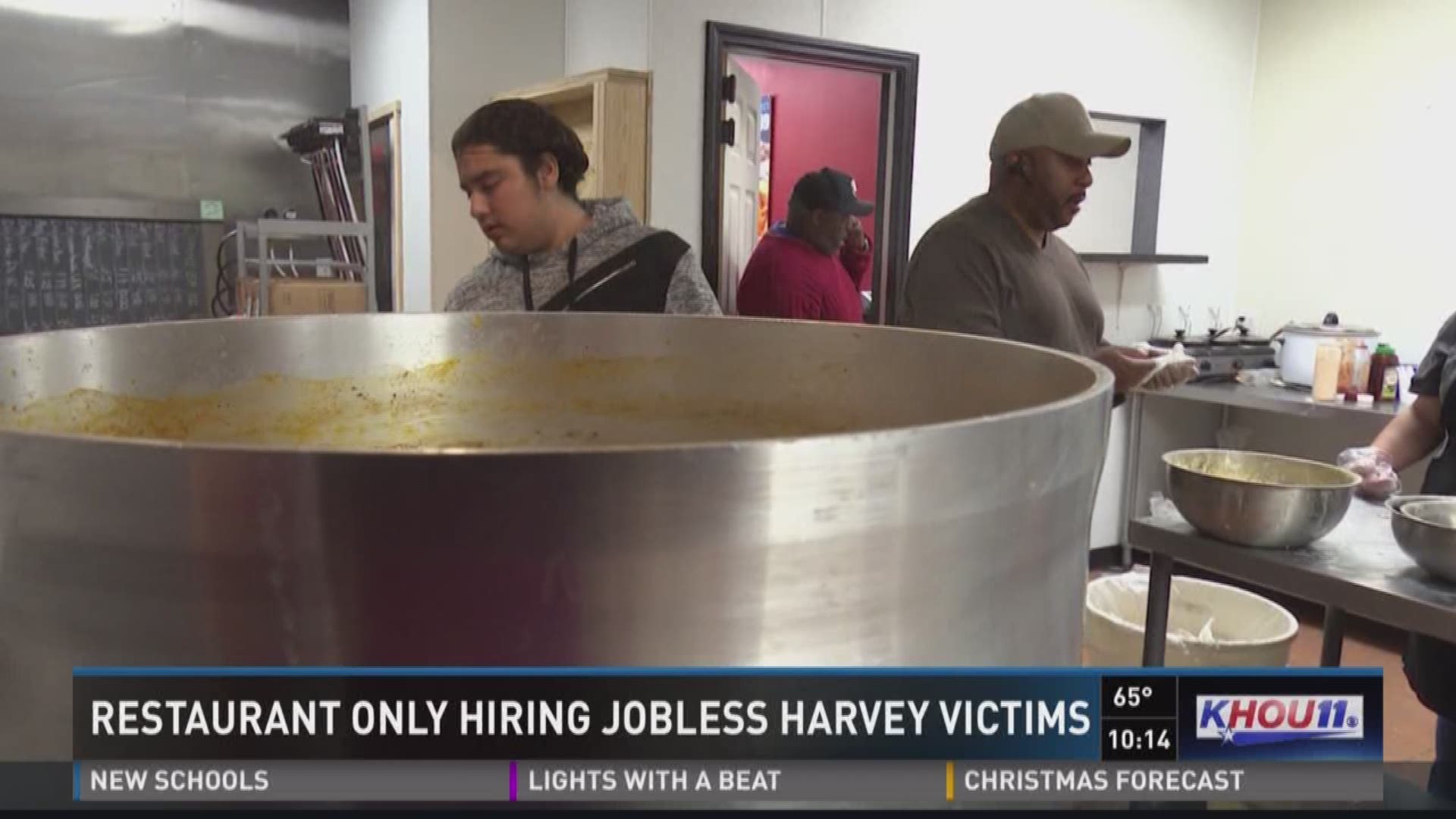 HUMBLE, Texas - A new seafood restaurant is open in Humble and they’re hiring. However, there’s a catch to the qualifications, as you’ve got to be a little down on your luck.

Georgia’s Catfish Kitchen has been open less than a week, but Anthony Scott’s restaurant has gotten a lot of attention already.

“We have fish and shrimp, Po boys, Jambalaya,” said Scott, “all the essential down home southern treats.”

The attention isn’t only because of the food, but for the hiring philosophy. The restaurant needs seven more employees at the new Humble location and three more for their Baytown location.

Scott says he’d like to hire those impacted by Harvey.

“We need alternate cooks, alternate wait staff, alternate front desk staff. I really want to fill that niche. That's what I want to do," he said.

Scott has been part of this community for 17 years and thinks it just makes sense to support each other right now.

“I know the guy that cuts the yards, I know the police officers that patrol this area, the barbers that work here," he said. “Something about having a job gives you a sense of security, and I wanted to provide that.”

It’s a notion his customers appreciate.

“I think it's a great idea,” said customer Robert Barker, “and helps each other in the community and the restaurant.”

A place offering more than a hot meal but a warm heart.

“A job is the foundation for rebuilding your life, and that's what I want to do," Scott said.