She left her home behind and for the next eight months lived in a hotel with FEMA vouchers. In April, the government assistance stopped. 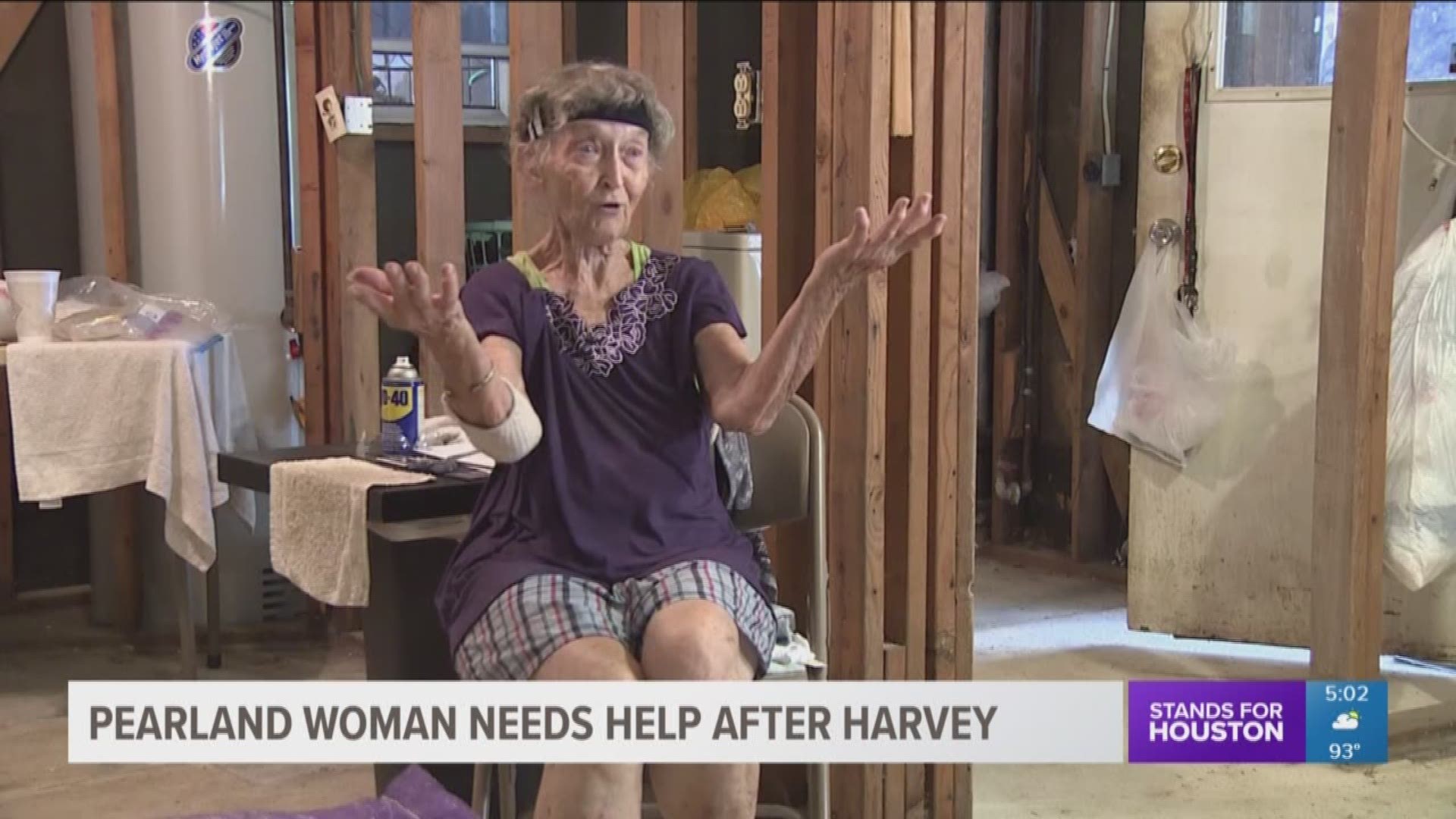 "I started walking in more water and more water," said Rosalea Nall. "I lost track of time. I was still putting things up at daybreak. And at daybreak, I just started to cry."

She left her home behind and for the next eight months lived in a hotel with FEMA vouchers. In April, the government assistance stopped.

But her home off Sleepy Hollow was badly damaged. There wasn't much home to go back to. When she stepped back inside for the first time, it was soul crushing.

"I would take the water that's in the toilet tank and that's what I would wash my body with," Nall said.

Early on, there was no running water, no electricity, only barren stripped walls, open ceilings, concrete floors, Nall and her cat.

"You were forgotten and dropped through the cracks of society," Nall said. "And I accepted it."

In her house now, some things have changed, but most haven't. There's still no air conditioning, just fans that barely cool things down. She has a new refrigerator, running water and a bed to get some rest at night. Through it all, Nall hasn't lost faith.

"There is hope, just hold on tight to God," she said.

It may not look like much, but for this special lady, her four walls are her beloved home, and she plans to stay there until it's the home she remembers again.

"You remember having it easy, you remember the luxury of a bathtub, but just because it's gone now, doesn't mean that you won't have those things again," Nall said.

The Pearland Professional Firefighters Association is stepping up to help with the sheetrock and other projects. If you'd like to help you can find more information on Facebook here.

There is also a GoFundMe page set up to help. You can donate by clicking here.