"I felt really sad inside so I really wanted to help do something for the kids that lost their toys and stuff," Lily said. 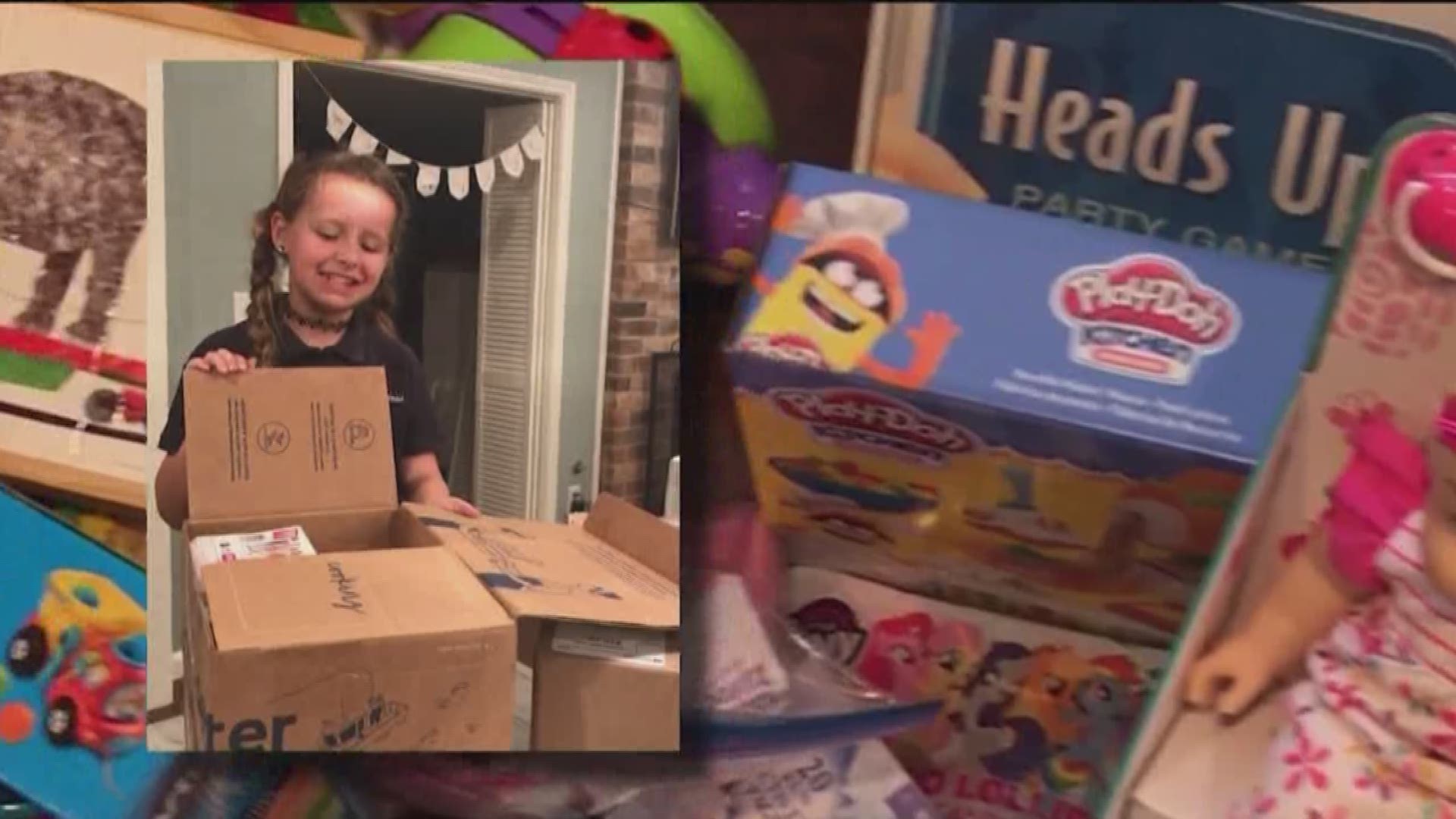 HOUSTON - Nine-year-old Lily can tell you about her toys. She knows more than anyone how much they mean.

So it’s not hard to believe that while hiding in her closet under during a tornado watch, watching Harvey on mom’s iPad, the eight-year-old at the time didn’t just see families losing their homes. She saw children losing their toys.

“And I was really sad," Lily DuBose said.

So, she did what she could. Lily gathered up her legos, along with a few other toys and gave them away.

“I felt really sad inside so I really wanted to help do something for the kids that lost their toys and stuff," Lily said.

What came next, she never expected.

It started with the help from her family, but it was the kindness from the rest of the country that turned her dining room to Santa's workshop.

“I don’t think it was a dining room anymore," Lily laughed.

Some kids brought toys, while others took them home. The rest were given out at a toy drive, just in time for Christmas. That was last of the toys for Santa's little elf.

“And them Lily decided that she didn’t want to quit," her mother Jessica said.

“My thought is I want to raise a nice wonderful caring girl to a great adult, and I thought how can I do this?” Jessica said.

So with the help of some friends, a girl’s little need to give, is now a full blown non-profit -- called Lily’s Toy Box.

“I did that. I did that, what I really was passionate to do," Lily said.

“It makes me feel like I’m winning as a parent," Jessica said.

Now she has a logo, complete with it’s very own cartoon Lily, a website and even a few business cards.

“It kind of looks just like me," Lily said. “I feel really special that I did that.”

A nine-year-old’s dream to donate is now a living, breathing operation.

“I think that when I grow up, I want to be like Lily," Jessica said. "Where you can fill out an application for a child or someone you know that may need a toy that’s in a difficult situation.”

And that little girl’s newly found passion just might be turning in to a lifelong pursuit.

“I feel like maybe one day, that can be my job when I grow up," Lily said.

If you would like you help out, everything you need to know about Lily’s Toy Box can be found at https://lilystoybox.com.

Click here for more on Harvey One Year Later