Fujiwhara effect: Could Laura and Marco merge in the Gulf of Mexico?

With 2 tropical systems swirling toward the Gulf, a lot of people are asking if they could merge into one super-storm. Especially since it’s, you know, 2020. 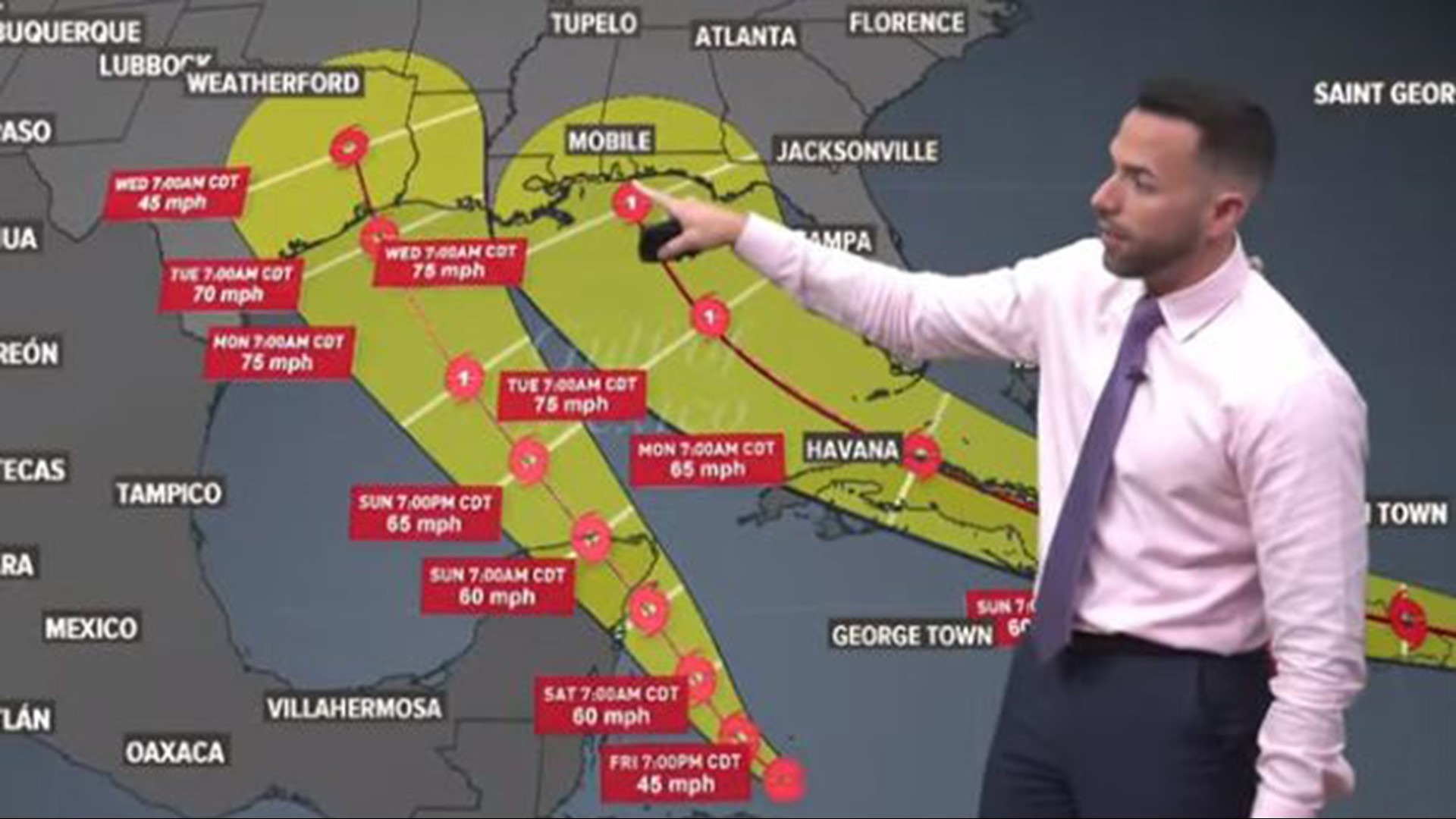 HOUSTON — In a year that's seen everything from a global pandemic to murder hornets, now we have a possibility of not one but two hurricanes in Gulf waters at the same time.

Tropical Depression 13 was the first to become a named storm as Laura on Friday morning.

Tropical Depression 14 will be Marco when it reaches storm status.

Both are forecast to strengthen into strong tropical storms or hurricanes before making landfall somewhere along the Gulf Coast early next week.

If they get close enough together, we could see what’s known as the fujiwhara effect.

Sounds kind of like Bud and Sissy on the dance floor at Gilley’s, right?

“Thankfully, any worries about the two storms merging into a “super-hurricane” are unfounded,” according to Weather.com meteorologist Jack Sillin. “When tropical cyclones arrive in close proximity to another tropical cyclone, the interaction is detrimental for both storms. The reasons for this are twofold: destructive interference of low-level circulations and increase in upper-level wind shear.”

Sillin tweeted the animated version of what the fujiwhara effect might look like with Laura and Marco.

#TD14 and now-TS #Laura may come close enough in the Gulf of Mexico early next week to interact.

He said it’s also possible Laura could lose its punch if it tracks over the Greater Antilles, which is possible since the Hurricane Hunter found its center further south than expected.

Two Gulf storms at once is rare

The last time there were two named storms in the Gulf was 1933, according to Colorado State University Meteorologist Phillip Klotzbach.

On Sept. 5 of that year, a powerful Category 3 hurricane barged ashore in Brownsville, Texas, killing 40 people and causing $16.9 million in damages. It became known as the Great Cuba-Brownsville Hurricane of 1933.

At the same time, a tropical storm was pounding Cedar Key on Florida's Gulf side.

Just 23 hours before Brownsville was slammed, the Treasure Coast hurricane made landfall on Florida’s east coast as a strong Category 3. That was the shortest time ever between two hurricanes making landfall in what went on to become the second busiest hurricane season in history.

The shortest time between two separate #hurricane landfalls to hit the United States (not including overseas territories) is 23 hours between the Treasure Coast Hurricane and the Cuba/Brownsville Hurricane on September 4-5, 1933. #Hanna #Douglas pic.twitter.com/8dNqxD6E5j

Having two named storms in The Gulf almost happened again in 1959 when Tropical Storm Beulah shared the Gulf with a tropical depression that never became a named storm, according to noaa.gov.

In 2002, two storms missed being in the Gulf at the same time by just a few hours. After striking Daytona Beach on Sept.4, Edouard crossed central Florida into the Gulf. It dissipated before Tropical Storm Fay developed on Sept. 5. Two days later, Fay moved inland near Palacios and quickly dissipated.