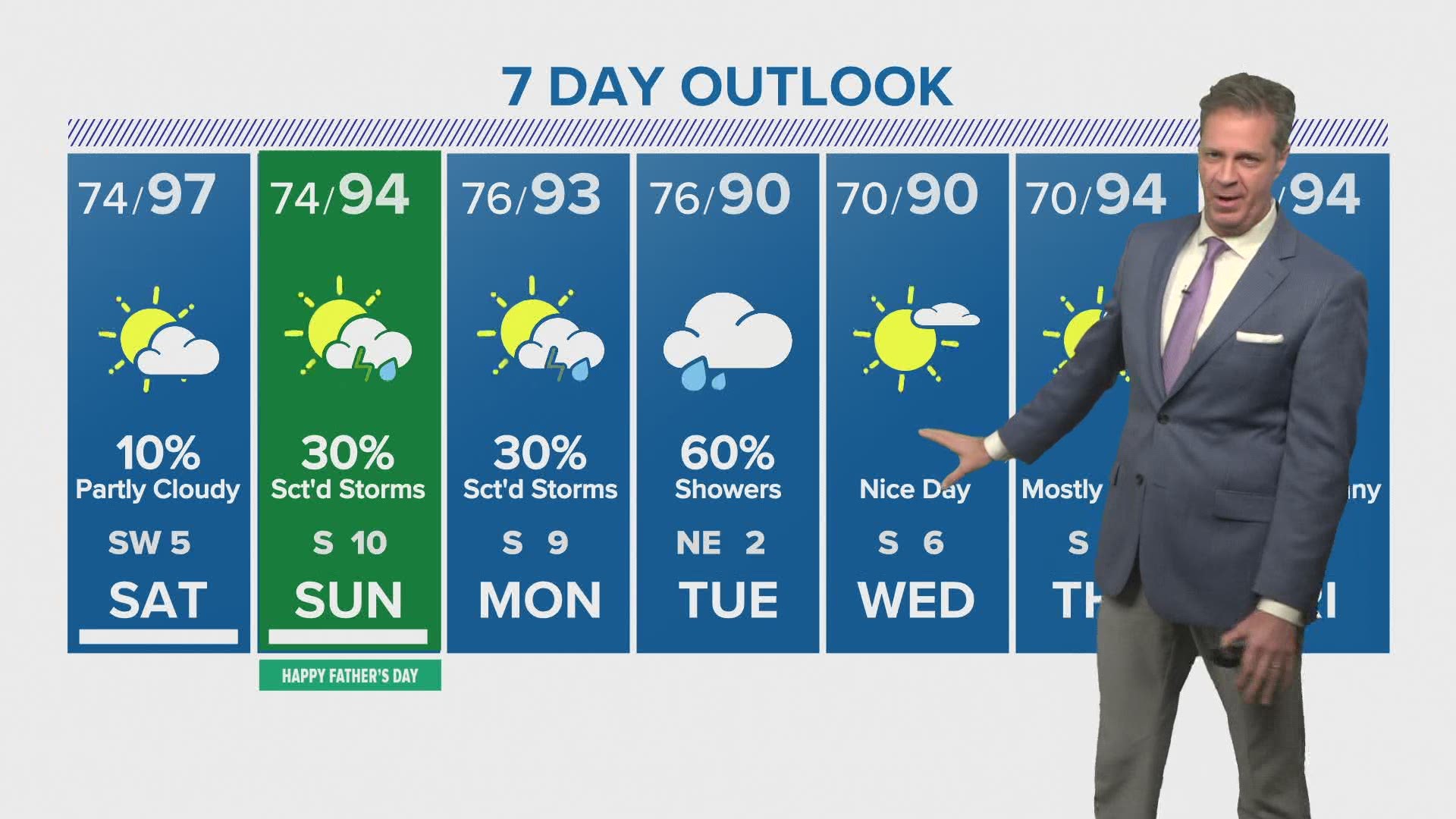 HOUSTON — Heat and humidity stick around as we continue to watch a Gulf disturbance (read more about that, click here).

That rain chance increases to 30 percent for Sunday, Father's Day, and peaks by Monday with drier conditions to return after that.

One thing we have to look forward to next week: *slightly* cooler temperatures. It'll still be hot, but instead of mid-90s, we'll be looking at low-90s for daytime highs. Tuesday in particular looks nice with winds out of the north.

We're still keeping an eye on that disturbance in the Gulf of Mexico, which now looks to be heading to the New Orleans area, putting Southeast Texas on the dry side of the system.

Read the latest on the Gulf weather here.