The extent of the breech isn’t known, but floodwaters are rising faster than expected in the city near the Mississippi River. 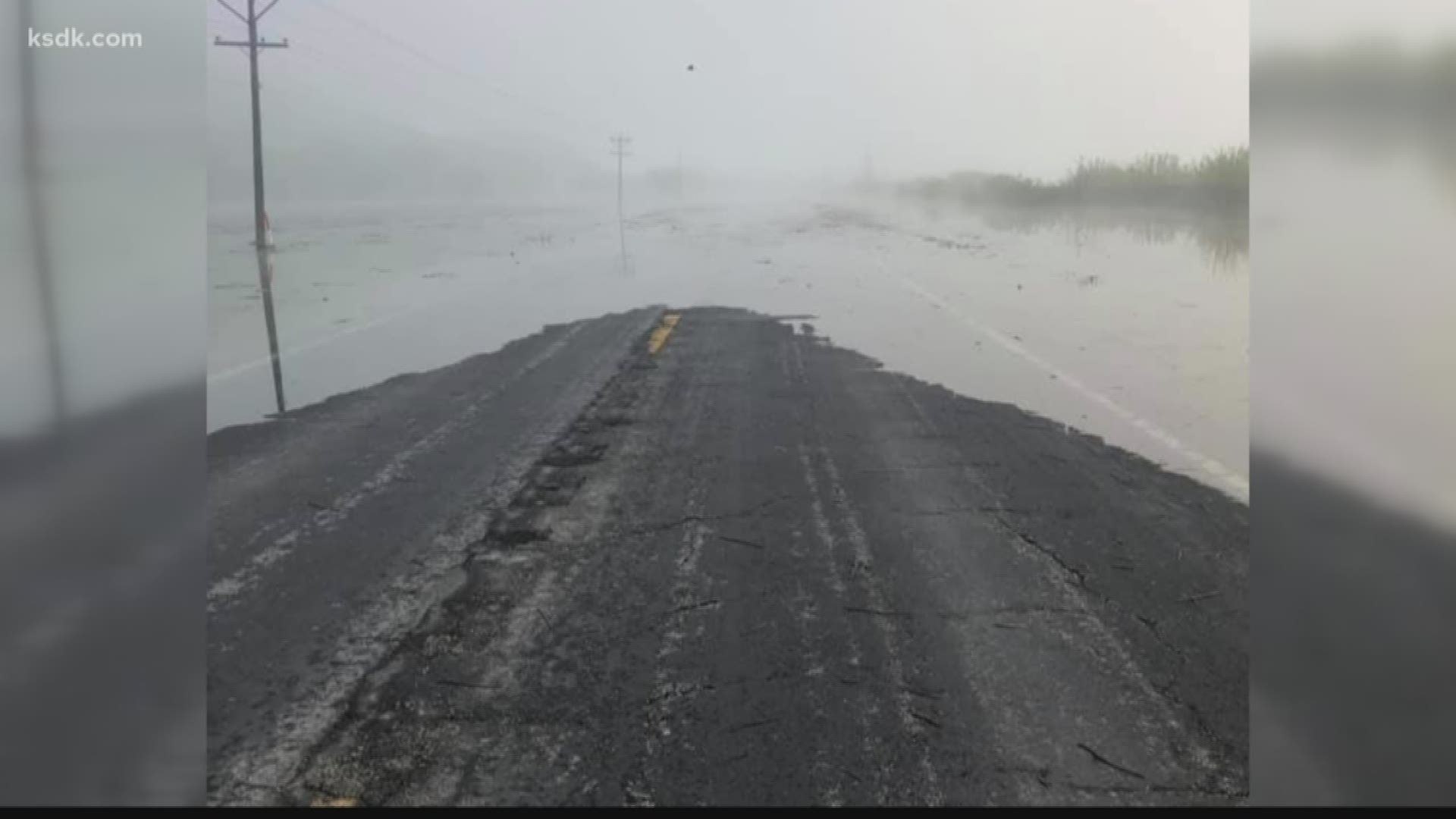 WINFIELD, Mo. — The main levee protecting the town of Winfield has failed.

The Winfield Foley Fire Protection District shared an update late Saturday night saying earlier in the day, the Winfield Primary levee was compromised or breeched near the Pillsbury grain elevator.

“The was likely due to the elevated river levels that have sat against the levee for several weeks,” the fire protection district wrote on Facebook.

The extent of the breech isn’t known, but floodwaters are rising faster than expected in the city near the Mississippi River. Photos shared from the fire district show a “road flooded” sign several feet deep in flood water.

Highway 79 in Lincoln County—a main highway in the area—closed Sunday morning between Winfield and Foley due to flooding from the Mississippi River.

Now, all eyes are on the Pin Oak Levee, which is under pressure from rising water levels.

5 On Your Side weather app
iPhone | Google Play

5 On Your Side news app
iPhone | Google Play

It’s recommended that anyone who lives east of Highway 79 leave the area immediately, but evacuations are still voluntary at this time.

Sandbagging will resume Sunday to reinforce the Pin Oak Levee. Volunteers are asked to go to fire station one in Winfield by 12:30 p.m. to help out.

Rain will be moving back into the St. Louis area Monday. The weather front will stall across Missouri and Illinois, resulting in a continuous chance of showers and storms at least into Thursday.