Texans have been in the dark for days, but ERCOT says its hoping to make a significant amount of progress between Wednesday night and Thursday morning. 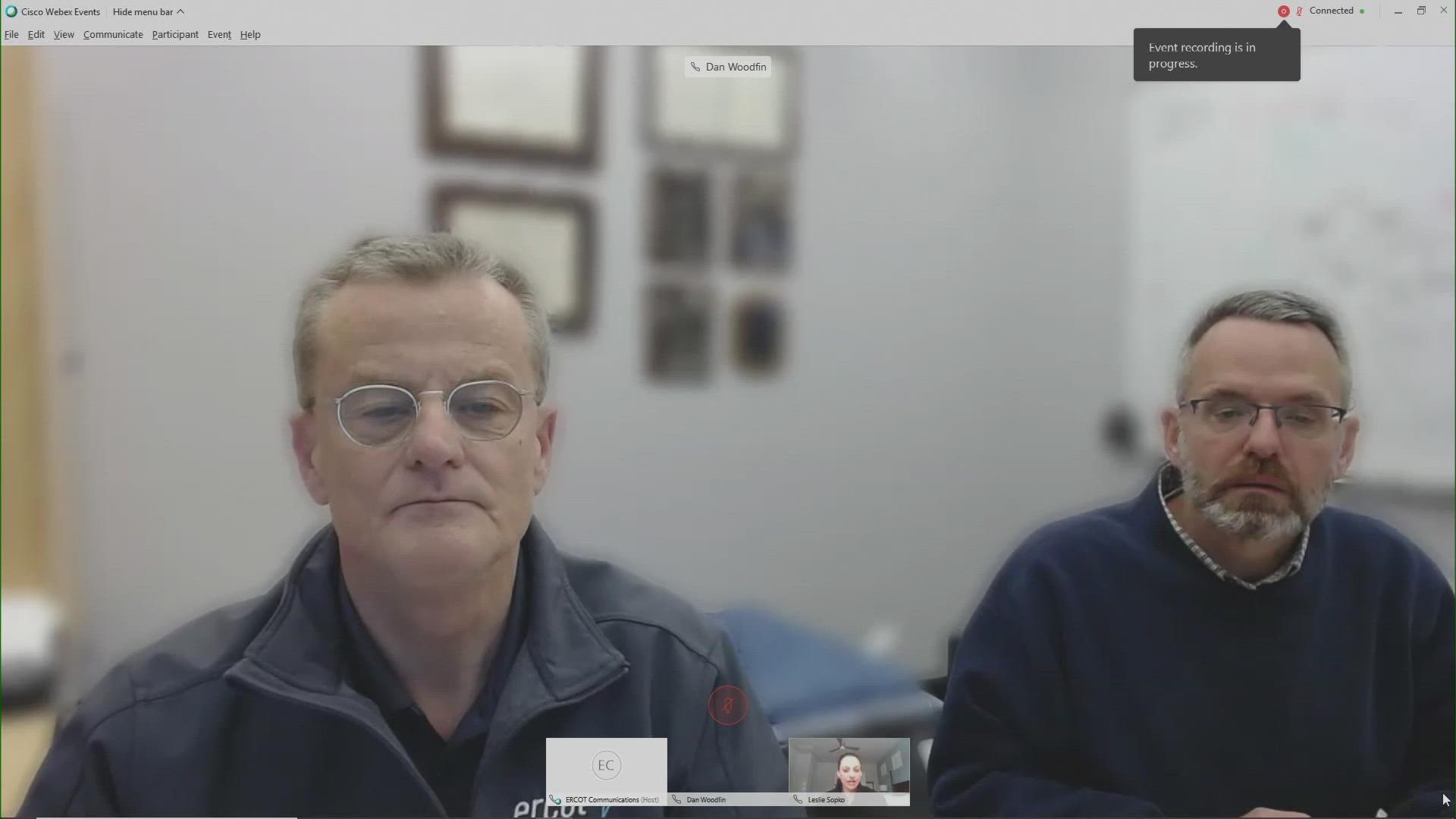 AUSTIN, Texas — The Electric Reliability Council of Texas said it's hoping to make a lot of overnight progress as Texans without power continue to deal with freezing temperatures.

As of 8:25 p.m. on Wednesday, CenterPoint reported more than 848,000 customers without power in the Houston area.

In addition to the power outages, many in the area are also dealing with low water pressure or no running water at all. Most of the Houston region is also under a boil water notice.

ERCOT officials said they continue to make progress, but their work won't be done until the lights are on everywhere.

"We are working around the clock to restore power to Texans," ERCOT President and CEO Bill Magness said. "We made progress today, but it will not be good enough until every person has their power back."

The officials said it's possible that by Thursday morning, rotating outages might be an option instead of keeping power off for extended periods of time.

"We’re at a point in the restoration where we’re going to keep energizing circuits as fast as we safely can until we run out of available generation," ERCOT Senior Director of System Operations Dan Woodfin said. "We hope to make significant progress overnight."

"The Electric Reliability Council of Texas (ERCOT) manages the flow of electric power to more than 26 million Texas customers -- representing about 90 percent of the state’s electric load. As the independent system operator for the region, ERCOT schedules power on an electric grid that connects more than 46,500 miles of transmission lines and 680+ generation units. It also performs financial settlement for the competitive wholesale bulk-power market and administers retail switching for nearly 8 million premises in competitive choice areas.

"ERCOT is a membership-based 501(c)(4) nonprofit corporation, governed by a board of directors and subject to oversight by the Public Utility Commission of Texas and the Texas Legislature. Its members include consumers, cooperatives, generators, power marketers, retail electric providers, investor-owned electric utilities, transmission and distribution providers and municipally owned electric utilities."

Editor's note: This section was written by WFAA

A third of the board of directors that operate the state’s electrical grid do not appear to live in Texas, and their performance in wake of widespread outages has led to a Dallas-area lawmaker’s call for change.

Records show the two top office holders of the 15-member board of the Electric Reliability Council of Texas (ERCOT), live out-of-state. Three other ERCOT board members also appear to live thousands of miles from Texas.

As millions of Texans have been without electrical power – sometimes for days – public outrage has grown. Due to concerns about possible safety threats, state officials confirmed that they pulled down most of the ERCOT webpage that revealed photos and biographies of each board member.

Despite pulling down board member names, bios and photos, ERCOT kept a board page on its website, but listed the chair, vice chair, and 13-other board positions as “vacant.”

The ERCOT website biographies prior to being pulled down listed ERCOT Chair Sally Talbert as a former state utility regulator in Michigan. Records indicate she lives in Williamston, Michigan.

Talbert failed to return calls or texts by WFAA. And Cramton could not be reached for comment.

Other ERCOT board members whose records indicate they live out-of-state include: