County officials are stressing that Hurricane Laura remains a serious threat and the preparation window is shrinking. 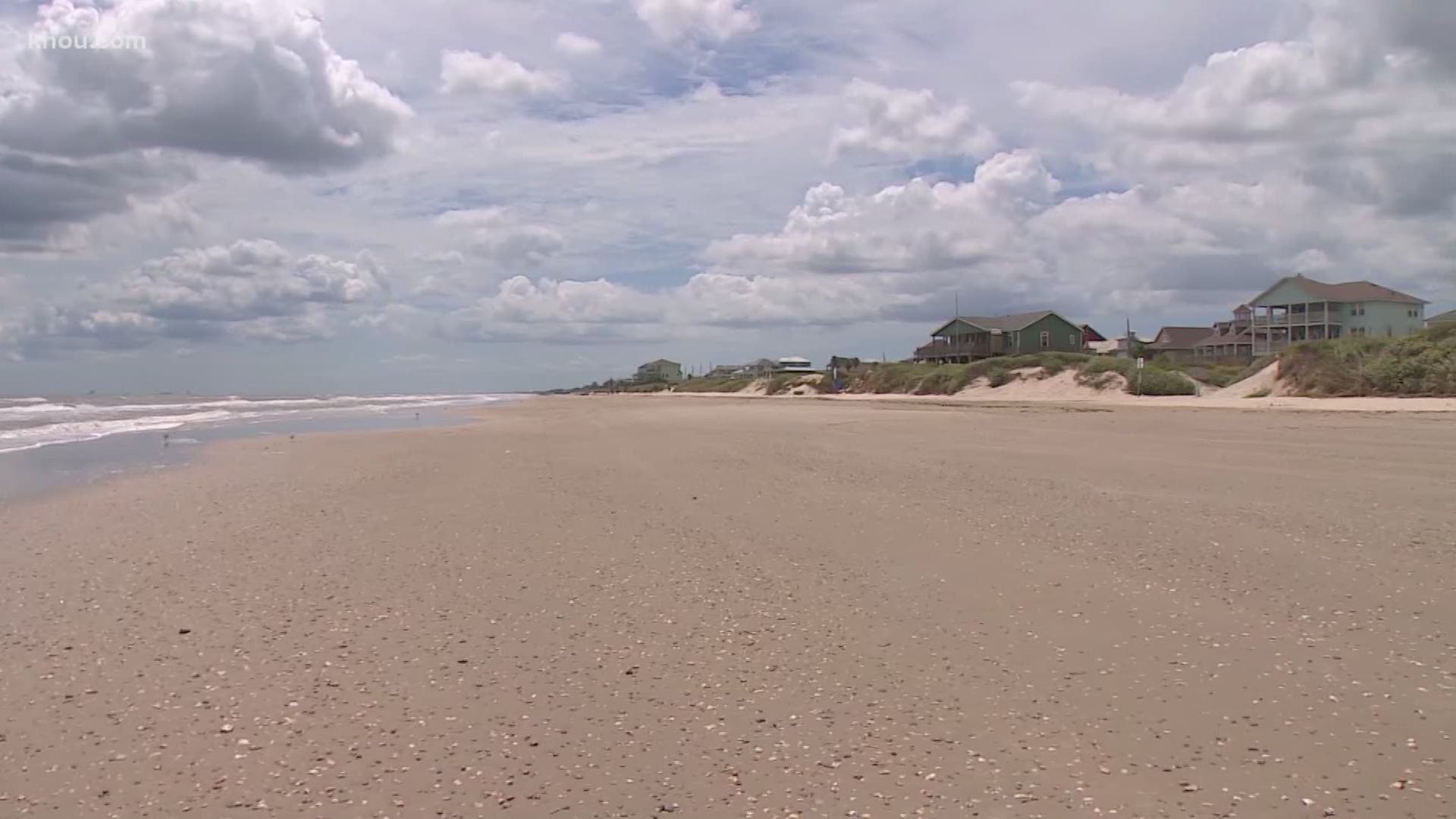 GALVESTON, Texas — The City of Galveston early Tuesday made the decision to call for a mandatory evacuation of all residents on the island due to the threat from Hurricane Laura.

Galveston County also issued a similar mandatory evacuation for residents on Bolivar Peninsula. Ferry operations will be suspended at 11:30 p.m. Tuesday. The only way off the island will be heading toward the storm. Galveston County officials did not anticipate that happening so early. They stressed that the storm was serious and the window to act is closing.

LIST: Here are all the Houston areas under an evacuation order

County officials said they've been warned that parts of the peninsula could get five to eight feet of water due to the possible storm surge.

Vacationers and homeowners on the Bolivar Peninsula aren't taking any chances.

"The ocean is unforgiving," said Michael Stewart. "I love it it's beautiful, but it will kill you. You have to respect it."

Across the island, families were seen packing and boarding up their homes to evacuate in time.

"I would definitely leave," said Terry Pye. "What's more important to stay on the island and have a party or be safe somewhere else?"

Judge Henry is encouraging folks to evacuate west via the ferry to Galveston and avoid heading east closer to a possible landfall location. So far traffic on the ferry has been smooth. The longer you wait, the more that may change.

WATCH LIVE: Galveston County briefing on hurricane plans as Laura churns in Gulf of Mexico. Hurricane warnings have been issued along the Galveston coastline ahead of the storm's expected landfall later this week. LAURA LIVE BLOG: https://www.khou.com/article/weather/hurricane/latest-updates-tropical-storm-laura-marco-gulf-models-closures/285-9d3847bd-eaa8-44c8-b58a-5692325486ea

STORM UPDATES: Get the latest on Hurricane Laura

Galveston County officials warn that more cities will likely issue mandatory evacuation orders as we learn more about where Laura is heading.

Mandatory evacuation in the City of Galveston

It's too soon to say for sure exactly where Laura will go, but the threat is close enough that the City of Galveston did not way to take any chances and wait longer.

“With the uncertainties of this storm and its increasing strength, we need to take all necessary precautions to protect our residents,” Mayor Pro Tem Craig Brown said early Tuesday. “It’s imperative that you make plans this morning to secure your homes and move you and your family to safety off island.”

Editor's note: The City of Galveston has issued this clarification from its earlier release, which incorrectly stated all residents had to leave by 12 p.m. Tuesday -- "Mandatory evacuations will be ongoing throughout the day Tuesday and early Wednesday, so people have time to secure their properties, businesses, etc. and leave for safety. Residents are NOT required to be off the island by 12 p.m. City services will be suspended at 12 p.m. People should be getting their plans together this morning for an evacuation."

More from the City of Galveston:

Laura is predicted to make landfall late Wednesday to early Thursday as a Category 3 Major Hurricane. The landfall is anticipated near the Texas/Louisiana border, according to the latest National Weather Service models. Overnight the track of the storm moved slightly westward toward Galveston.

“With the uncertainties of this storm and its increasing strength, we need to take all necessary precautions to protect our residents,” Mayor Pro Tem Craig Brown said. “It’s imperative that you make plans this morning to secure your homes and move you and your family to safety off-island.”

Police and fire will not be available once winds reach Tropical Storm strength. Those who do not follow the evacuation order should not expect public safety services once conditions worsen.

If you are signed up for the State of Texas Emergency Assistance Registry, the state will begin staging buses at 48th and Broadway at the Island Community Center this morning. Please plan to arrive at this location before 12 p.m. and as soon as possible. If you are in the STEAR program but do not have a way to get to the community center, please call 409-765-3710 for assistance.

KHOU 11 Meteorologists are staying up to date on Laura's track and development. Be the first to know where Laura is headed by downloading the KHOU 11 News app.