The Galveston County Judge is optimistic that Hurricane Delta won't cause serious damage to the area, but he's warning residents to be prepared. 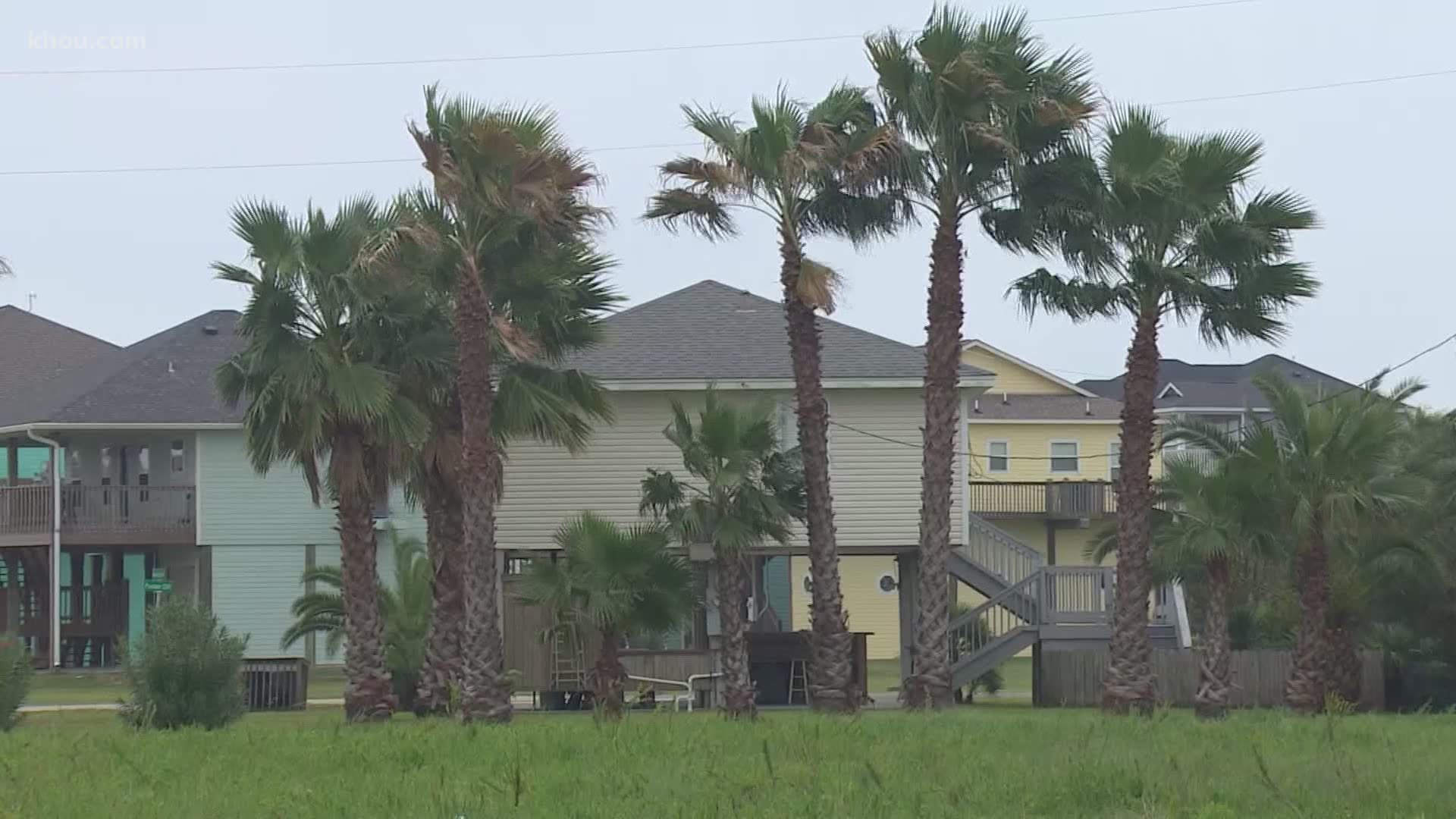 BOLIVAR PENINSULA, Texas — Residents to the east of Galveston might see more of an impact from Hurricane Delta than others. Galveston County Judge Mark Henry said they're preparing for some issues on Bolivar Peninsula.

“I mean, yeah, you are nervous watching the path of the storm of course anything can change at the last minute,” said Lynn Peedetoe, a homeowner on Bolivar Peninsula.

Residents on Bolivar Peninsula and High Island are doing prep-work just in case the hurricane decides to shift at the last minute.

“We have the house stocked with canned goods, groceries and water. We are just going to keep an eye on it in case it turns our way,” said Jamie Blackburn, a homeowner on High Island.

Henry said the biggest concern is water. If they get any high tide and slight surge, it might cause trouble on Highway 87. Texas Department of Transportation crews and county crews are in the area on standby ready for anything that might occur.

“The concern for Bolivar ... the wind will be coming from the north to the south. Pushing the bay water out of the Peninsula from the north side,” Henry said.

Again, while they’re not expecting major storm damage from Delta, residents are planning for the unexpected.

“I know it has a predicted path, but (being) born and raised here you just never know. ... You want to be cautious,” Blackburn said.

Henry said that if the ferry shuts down, it might be for a short time during the storm.

High Island students will do virtual learning on Friday.