Bay City homeowners in the dark, waiting for power to be restored after Nicholas

9,300 customers were without power Tuesday in Bay City after Hurricane Nicholas made landfall. 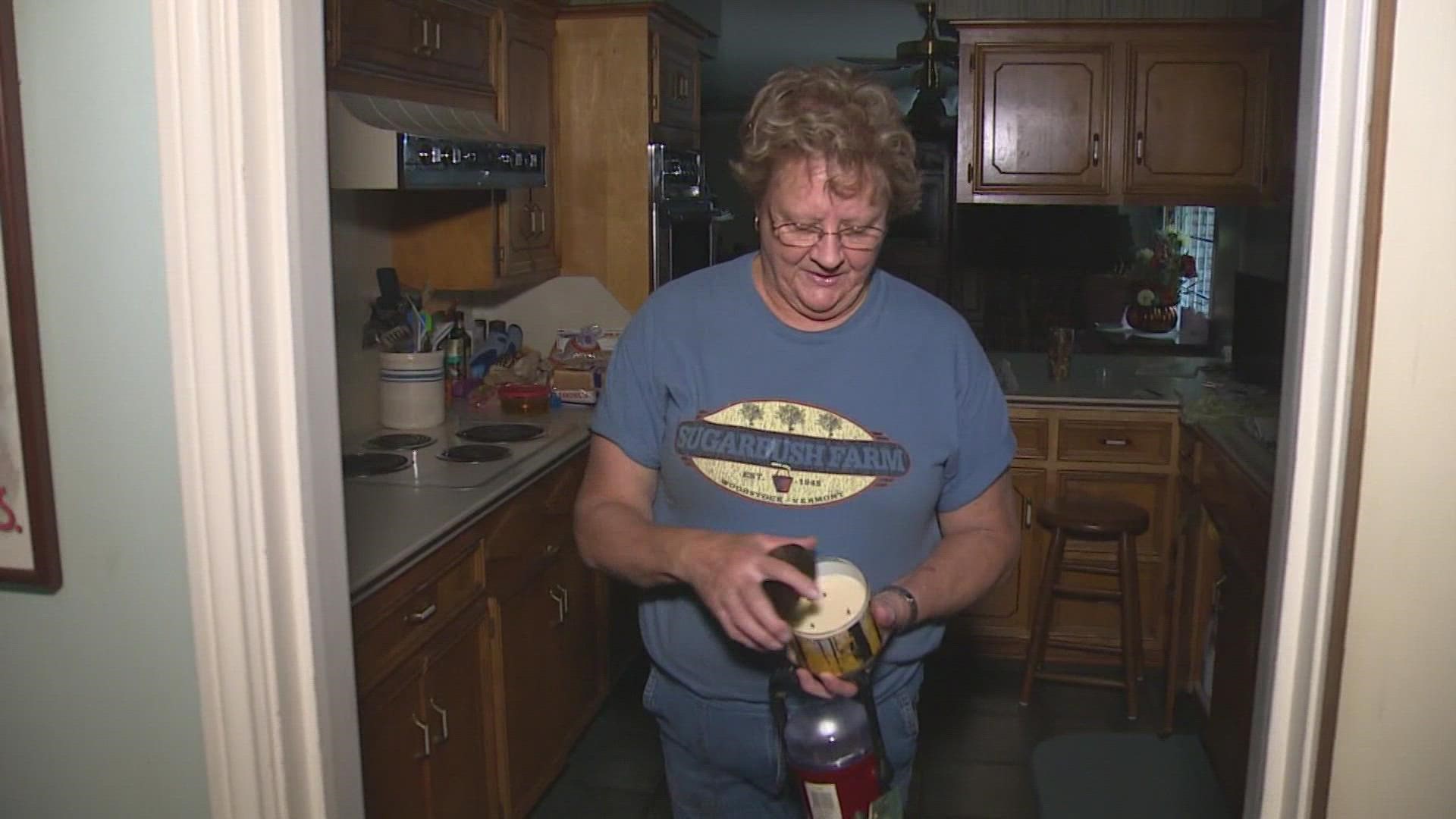 BAY CITY, Texas — Some of the hardest hit areas on the coast are still waiting for power to be restored after Hurricane Nicholas made landfall.

In Bay City, there were 9,300 customers without power Tuesday, and AEP Texas says it expects to have 95 percent of those customers restored by 9 p.m. Wednesday.

"We have candles we are burning and a lantern," said Gloria Sabrsula, a Bay City resident.

It’s not the first time she and her husband have lost power in a hurricane. During Hurricane Harvey, they were without power for 8 days.

“We were just sitting outside until it gets dark, because obviously we are not going to watch the Astros,” she said.

But it doesn’t make it any easier.

“It could be 2 to 3 days because we do have a down line, it’s more than just a transformer," Sabrsula said.

They’re not alone. Their entire neighborhood is in the dark.

Neighbors were left to help neighbors cleaning up debris, grilling what they can for dinner and even sharing the power they do have.

For now, it’s one night at a time for the Sabrsulas. They're hoping they have enough supplies to make it through.

“The refrigerator, we are probably going to end up losing some stuff, unless they get it on by Thursday morning. Otherwise it’s probably all going to have to go out, and that’s nasty," Sabrsula said.