Their 12,000 member Facebook group gets families around the world without breaking the bank. 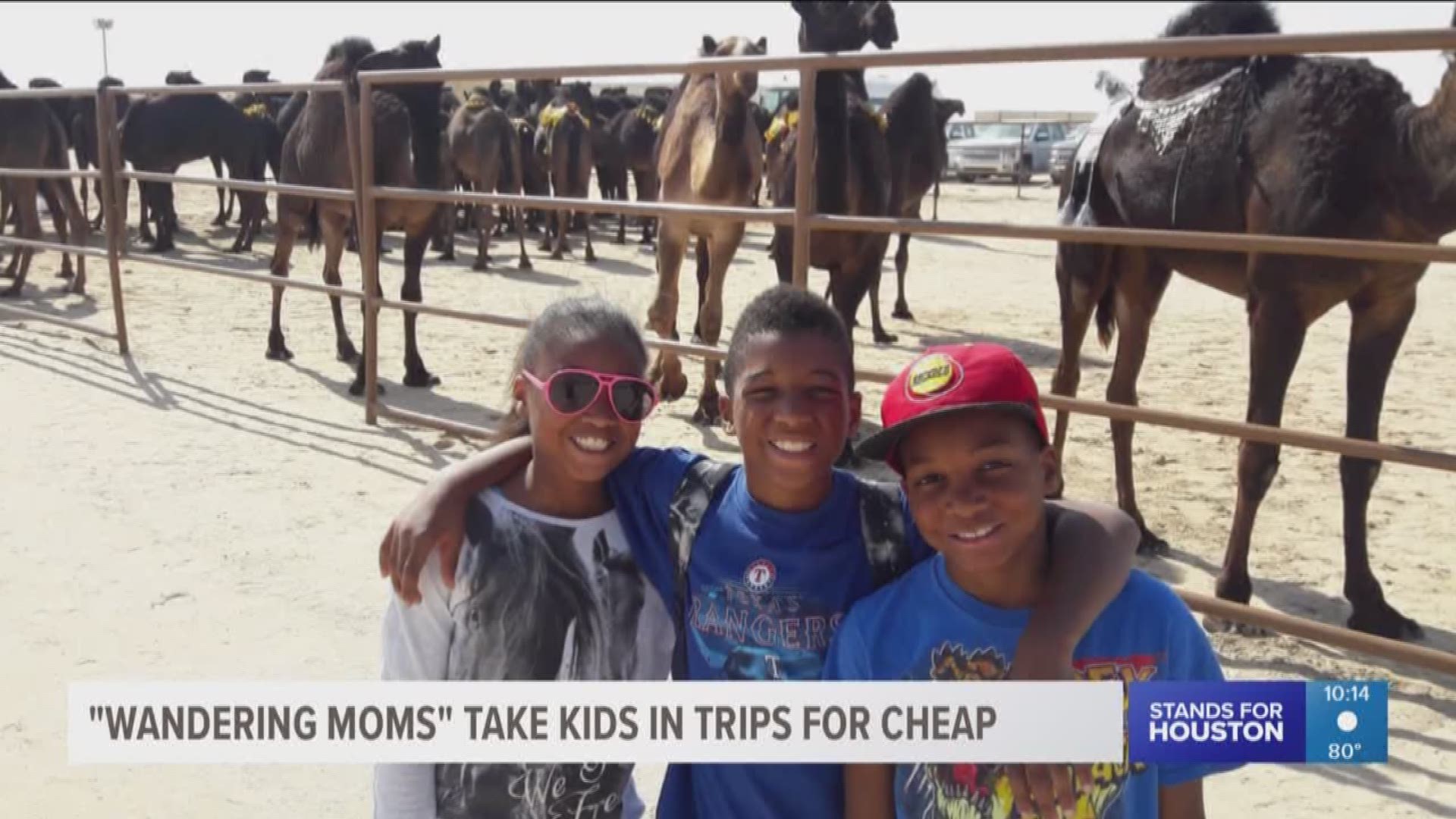 Their 12,000 member Facebook group gets families around the world without breaking the bank.

“My top deal was when I went to Kenya,” said Jill Davidian, a Wandering Moms member. “It was $179 roundtrip.”

“I haven’t paid for a flight in probably three years just based on the fact I’ve been doing this,” Davidian said.

She took her 10-year-old to New Zealand after a pit stop in Australia. They toured Sydney’s Opera House, saw koalas and pet kangaroos on a layover all for less than $300. She is hardly a millionaire -- just a single mom determined to raise one well-rounded kid.

“I’ve learned about the different cultures, what they eat, how they live, (and) what it’s like,” said Caiden Lee, Davidian’s son.

“I think there is a this stigma that once you have children, traveling is on pause,” she said.

Her children, born on welfare, once lived in the projects while their mom struggled. Benard spent nine years getting her degree. Then, while teaching, she met a teacher visiting from Dubai. Benard applied and took a similar job. She moved her children overseas and their lives changed.

Benard got involved with travel groups. They taught her tips to take trips and saving strategies. Now, when they are not studying at home, her children literally see the world. Benard’s goal is to pay it forward and share what she learned.

“Wandering Moms” even offers advice for finding jobs flexible enough for other moms to enjoy months-long travel with their families.