"There's been a couple dark moments, but we knew we'd be here at this point in time," said United CEO Oscar Munoz. "I want you, Houston. to feel good about flying us." 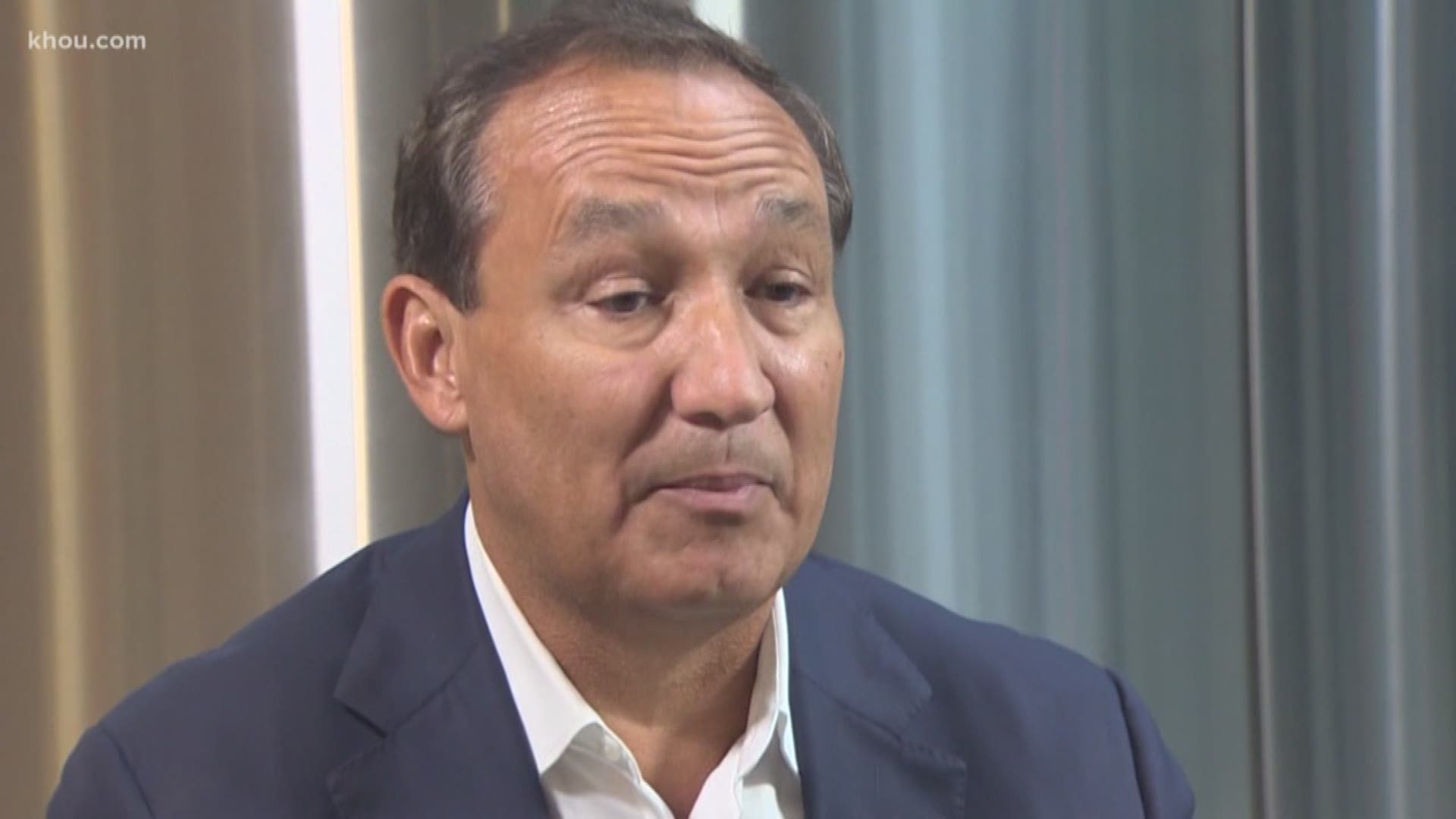 HOUSTON — In 2017, the world watched over and over as police dragged a paying passenger, covered in blood, off a United flight. That moment sullied United Airline's image.

"It was incredibly impactful to us emotionally, and I'm happy to be reminded about it everyday," said United CEO Oscar Munoz. "We never want to repeat that.

Just a year later another public relations nightmare, a French bulldog puppy died onboard a United flight from Houston when a flight attendant forced the family to put him in an overhead bin. Those are two of the airline's darkest moments that Munoz doesn't want to forget.

"They were horrid incidents that happened for different reasons," said Munoz. "Those incidents, while awful, do not represent this company."

Sat down 1on1 with @united CEO Oscar Munoz today. He's on a 2-day trip to visit with employees here in #Houston. After major controversies, the airline has turned things around, and the numbers back it up. What this all means for travelers in Houston coming up at 4:30 #KHOU11 pic.twitter.com/yyebkSuO7I

Convincing the flying public of that has been a challenge. Munoz is in Houston on a two-day trip to thank his more than 14,000 employees, and he's talking about United's turnaround.

"We do take that money and reinvest it to the business," said Munoz.

Those re-investments are happening at key mid-continent hubs like Houston, and Space City has been key to United's resurgence.

"It's a critical part," said Munoz. "It's one of our crown jewels."

At its peak, United flew 700 flights a day out of Houston. When the energy sector tanked, it dropped to as low as 400 flight a day. Now 500 flights take off daily, and this fall that number could reach up to 600.

"We have so many interactions with customers day in and day out," said Munoz. "We fly millions of people out of Houston and want to make sure all those transactions go well, and what we worry about is someone on my side is having a bad day or something we haven't thought of happens."

So Munoz says the focus now is on ensuring a better customer experience. At IAH that means a brand new Polaris lounge, upgrades to Terminal C, new routes and consistent caring interactions with United employees.

"There's been a couple dark moments, but we knew we'd be here at this point in time," said Munoz. "I want you Houston to feel good about flying us."

United also plans to hire 2,100 new flight attendants next year. They will be coming through Houston for six weeks of training.

Munoz added that during the next year United will continue to roll out customer friendly improvements to their service. The airline is particularly focused on improving their WiFi on aircraft, but it does take time. United's CEO says he does see a day in the future where WiFi would be free onboard, but first they need to perfect the system on all their aircraft.