Electronic airplanes are believed to be generations away, however Ramanan Krishnamoorti insists electric engines will change the way planes look, how goods are shipped and how we travel. 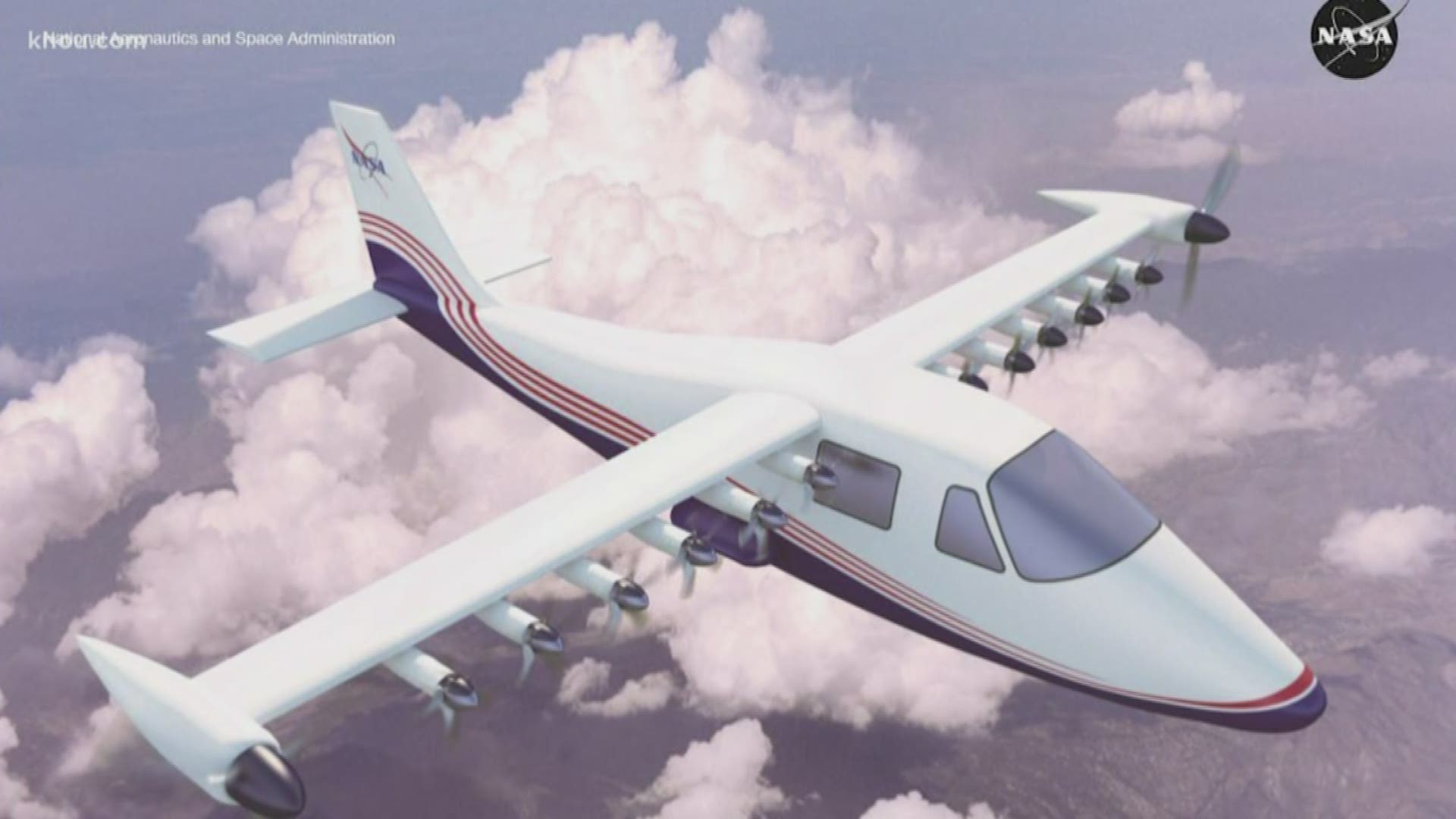 He sees plenty of groups working on the idea because it could cut travel costs by up to 60 percent. That would open doors for more on-demand, point-to-point freight delivery, Krishnamoorti said. Also, it would allow airlines to add routes to low-demand stops currently too expensive to offer much service.

“If you can have smaller aircraft that can have a far lower energy cost with them those routes start to become profitable,” he said.

However, that seems to be years, perhaps a decade away because even NASA’s newest batteries hold just a fraction of jet fuel’s energy.

Lifting their four-seat prototype aircraft requires 14 electric engines. Even when airborne, though, electric planes have a lot to prove, Krishnamoorti said.

He believes transatlantic is generations away. However, Krishnamoorti insists electric engines will change the way planes look, how goods are shipped and how we travel.