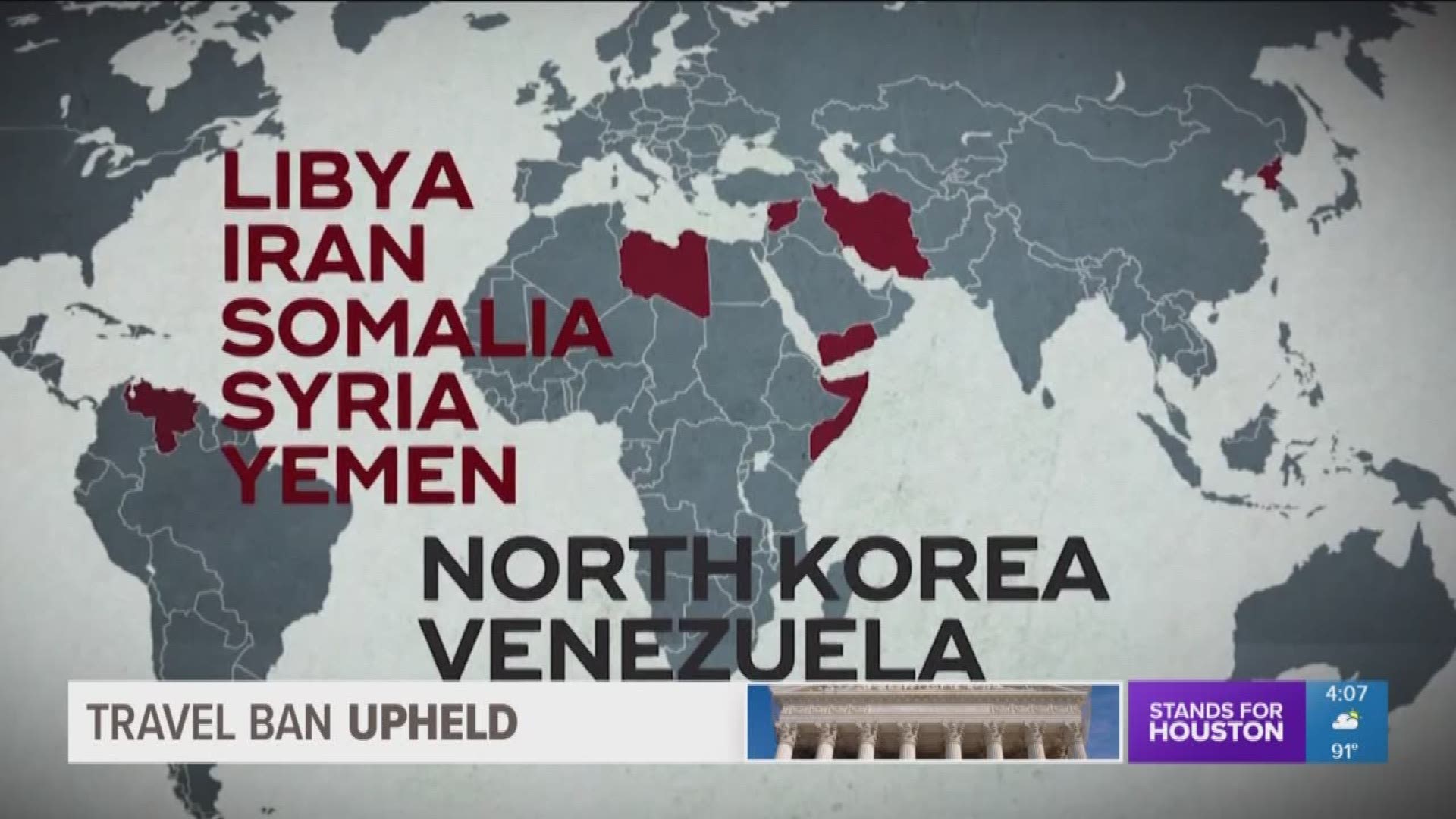 HOUSTON - The Bijan Persian Grill on Hillcroft Street was bustling on Tuesday. Along with food being served, so too are thoughts on the Supreme Court's ruling to uphold the President’s so-called travel ban.

“So that makes me feel sad,” said restaurant manager, Mohammad Bullali on the ban. Bullali emigrated from Iran more than a decade ago and now worries that his mom won’t be able to visit him here in Houston.

“In the morning, I was talking to her on the phone and she said, ‘When you want to bring me here? I want to visit you. I miss you. What am I going to tell her about?”

Iran, North Korea, Syria, Libya, Yemen, Somalia, and Venezuela are the 7 countries where people will have restricted entry to the U.S., to varying degrees.

“The argument that many of these countries were Muslim countries, they discriminated based on religion, the Court said that was not before them. It was not properly presented and besides, the President has the power to make this call,” says KHOU legal analyst Gerald Treece.

On Tuesday, President Trump called the ruling a “victory” and a “vindication.”

In a statement, he said, in part, “In this era of world-wide terrorism and extremist movements bent on harming innocent civilians, we must properly vet those coming into our country.”

Ballali feels that the ban is not about safety, but rather, bias against Muslims. “It’s not a matter of that. C’mon!”

The first travel ban signed off by the President shortly after he took Office, set off a wave of protests, and legal action by various civil rights groups.

The Council on American-Islamic Relations known as CAIR – was one of those groups.

CAIR Texas says it has already received numerous calls from community members who are fearful that the list of countries affected by travel restrictions, will only grow.

Attorney Arsalan Safiullah of CAIR, said in a press conference on Tuesday, that people are concerned about the “expansion” of the policy, “but I think another big thing that kind of plays into our minds, is how we are perceived in America, in general. I think this might make some people think they’re perceived as second-class citizens.”