Updated CDC guidelines could mean sailings resume in the next few months. 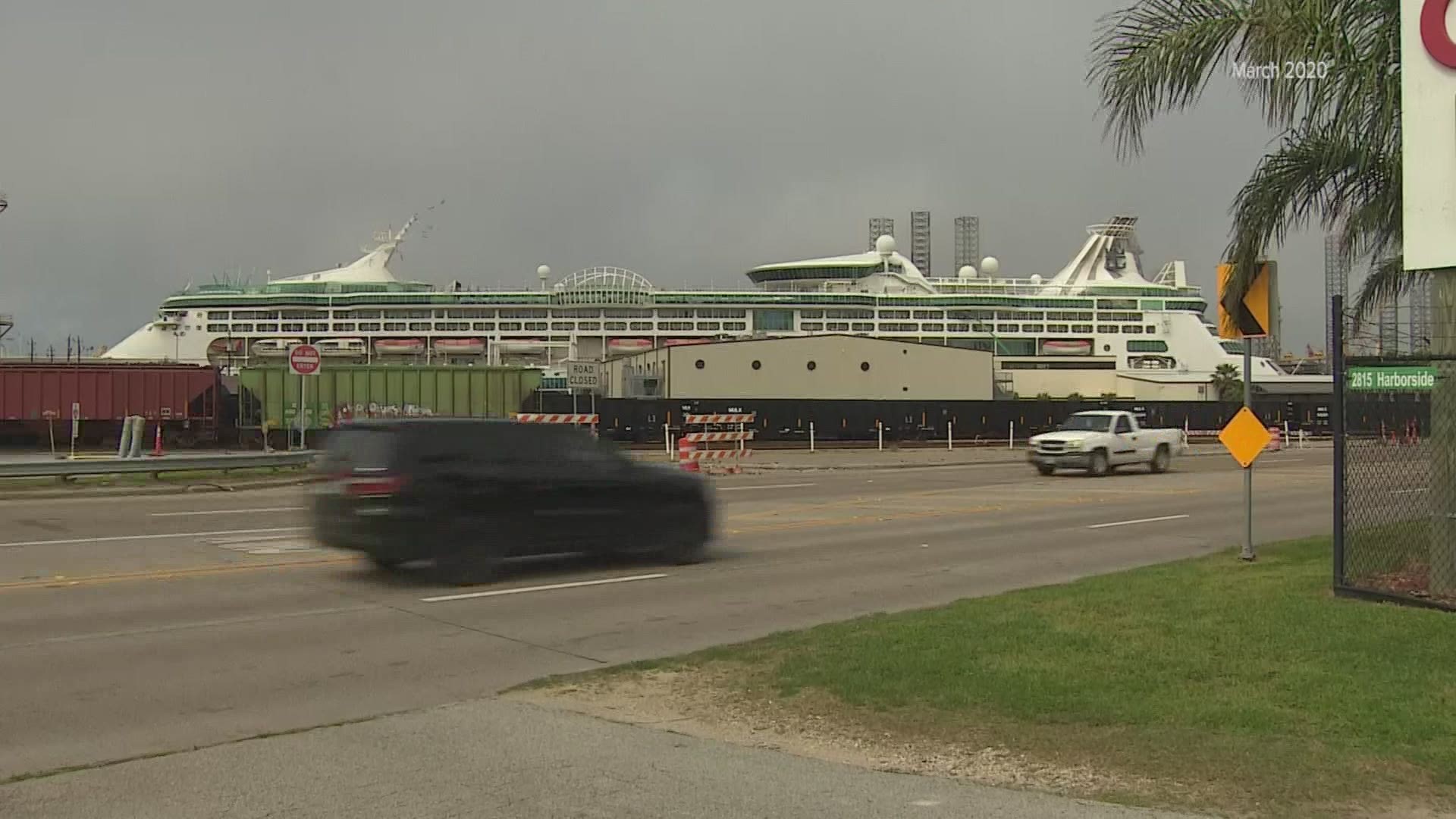 GALVESTON, Texas — The only ship currently docked at Galveston’s cruise terminal is a tanker.

But those built for vacationers are once again on the way.

She’s been furloughed since March 2020 when we covered one of the final departures from the island before COVID-19 canceled cruises.

“I think our last ship was in here on March 15, and we were thinking at the time we’d go back like July," Gremillion said. "But here we are.”

Greetings from @GalvestonIsland .. Where folks are excited about the return of cruise ships 🚢 starting as soon as this weekend. Cruises themselves as soon as this summer. Hear from those tied directly and indirectly to the industry: @KHOU at 4:00 + 5:00 #khou11 pic.twitter.com/INtvhGvxIW

There’s no word from Royal Caribbean on how soon it might return.

But the Port of Galveston posted the GPS locations of Carnival Breeze and Carnival Vista as they make their way back to the island.

Both ships are expected to arrive on Sunday.

Meanwhile, updated guidance from the CDC now says cruises can resume as long as the overwhelming majority of those on board are vaccinated.

He said hundreds of members help load and unload cruise ships of passengers, food, luggage and even trash.

"Everybody’s really anticipating the return of these cruise boats," Lopez said. "It’s a good shot in the arm.”

It's something Galveston businesses, particularly those along The Strand, feel good about as well.

"People get off the boat and they shop and eat," said shop owner Gracie Bassett. "They’re really vital to all the businesses in Galveston.”

Gremillion imagines her employer is working on protocols and other measures to be ship-shape as soon as possible.

But she said seeing any cruise ship docked here again is a very good sign.

"It is just a symbol maybe that there’s an end in sight, you know, and we can all get back to our lives,” Gremillion said.

More than 3,600 jobs in Galveston are tied, in some way, to the cruise industry, and its financial impact is more than $100 million.

At last check, Carnival was booking cruises from Galveston beginning in November. But that's subject to change.