American, JetBlue and Alaska were among the airlines impacted by a third-party company. 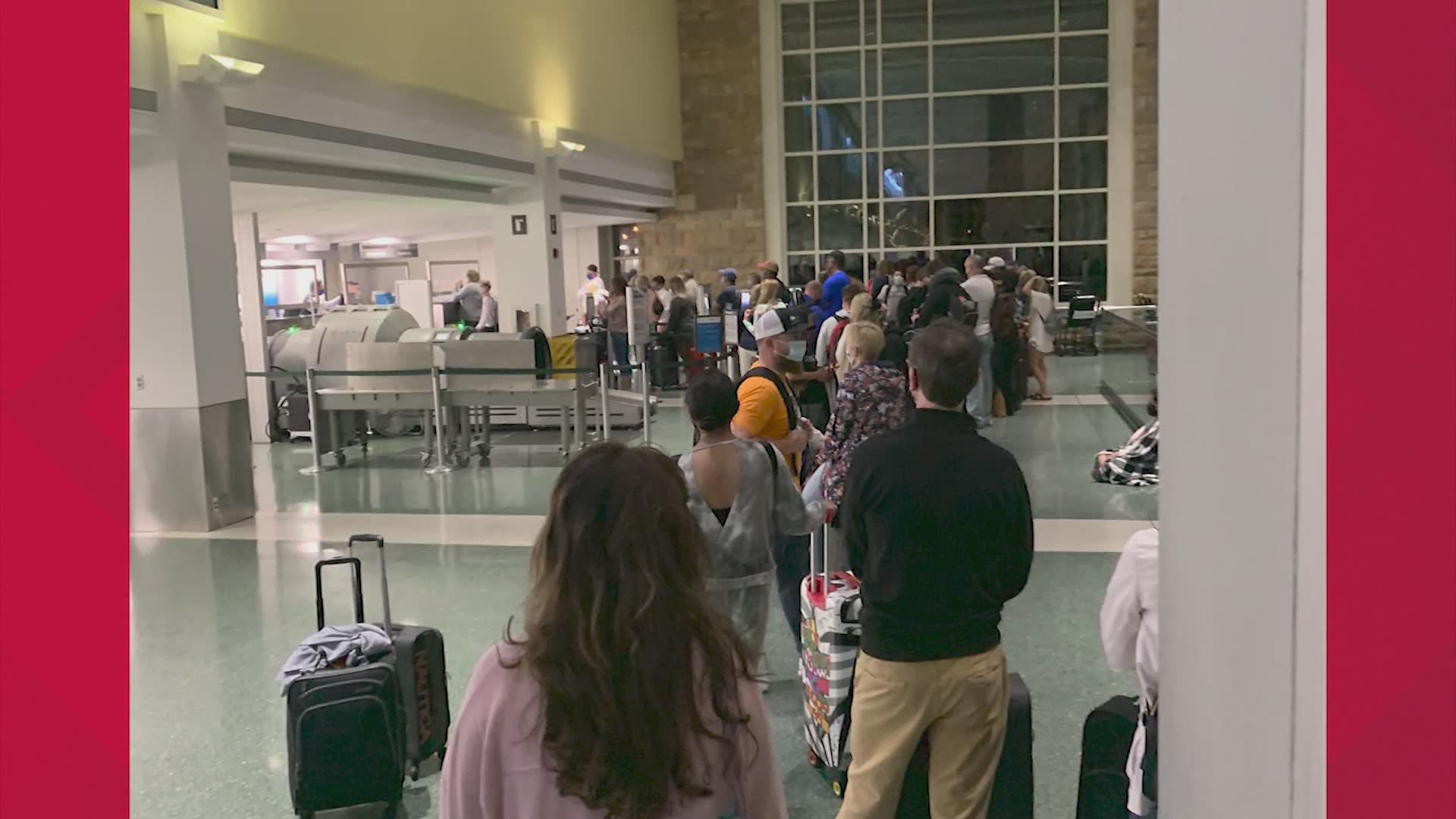 HOUSTON — Travelers across the country reported delays while trying to fly American Airlines and others early Friday morning.

They posted photos to social media of long lines at multiple airports. It's believed a computer or server problem caused delays trying to check people in.

The problem has since reportedly been resolved, but many flights were delayed nationwide. If you are flying today, you'll want to check your flight's status.

Early in the morning, American Airlines responded to customers on Twitter with this message: "Our teams are engaged and working to fix this ASAP. We appreciate your patience and apologize for the wait."

The airline posted a statement on its website as well, asking customers to not call its operators unless they are traveling in the next 72 hours. "We'll be up and running soon," the alert banner stated.

The Sabre system went down, there are planes unable to board blocking the gate. We don't have any extra gates. We will get you parked as soon as we can
-Andre

The company provided this statement to the media just after 4:30 a.m. Central time.

"Earlier today, Sabre had a technical issue that impacted multiple carriers, including American. This technical issue has been resolved. We apologize to our customers for the inconvenience."

At about the same time, one traveler in Knoxville told KHOU 11 it appeared his check-in line was now moving, but some American flights were delayed by an hour.

In Houston, the earliest American flight out of Bush Airport was scheduled to depart at 5:35 a.m. for Chicago and still appeared to be on time.

On Twitter, people were pleading with the airline to fix the problem so they could get to various important events, including family gatherings and graduations.

Earlier this week, the Transportation Security Administration continued its push to boost the agency's workforce by 6,000 in an effort to face ever increasing passenger numbers as the pandemic's force on the travel industry starts to wane. The agency emphasized Wednesday that it still feels prepared for the steady and expected influx.

Lisa Farbstein, a spokesperson for the agency confirmed in a statement that the TSA expects to continue hiring after the summer and into the fall, and that applications are continuing to be processed.