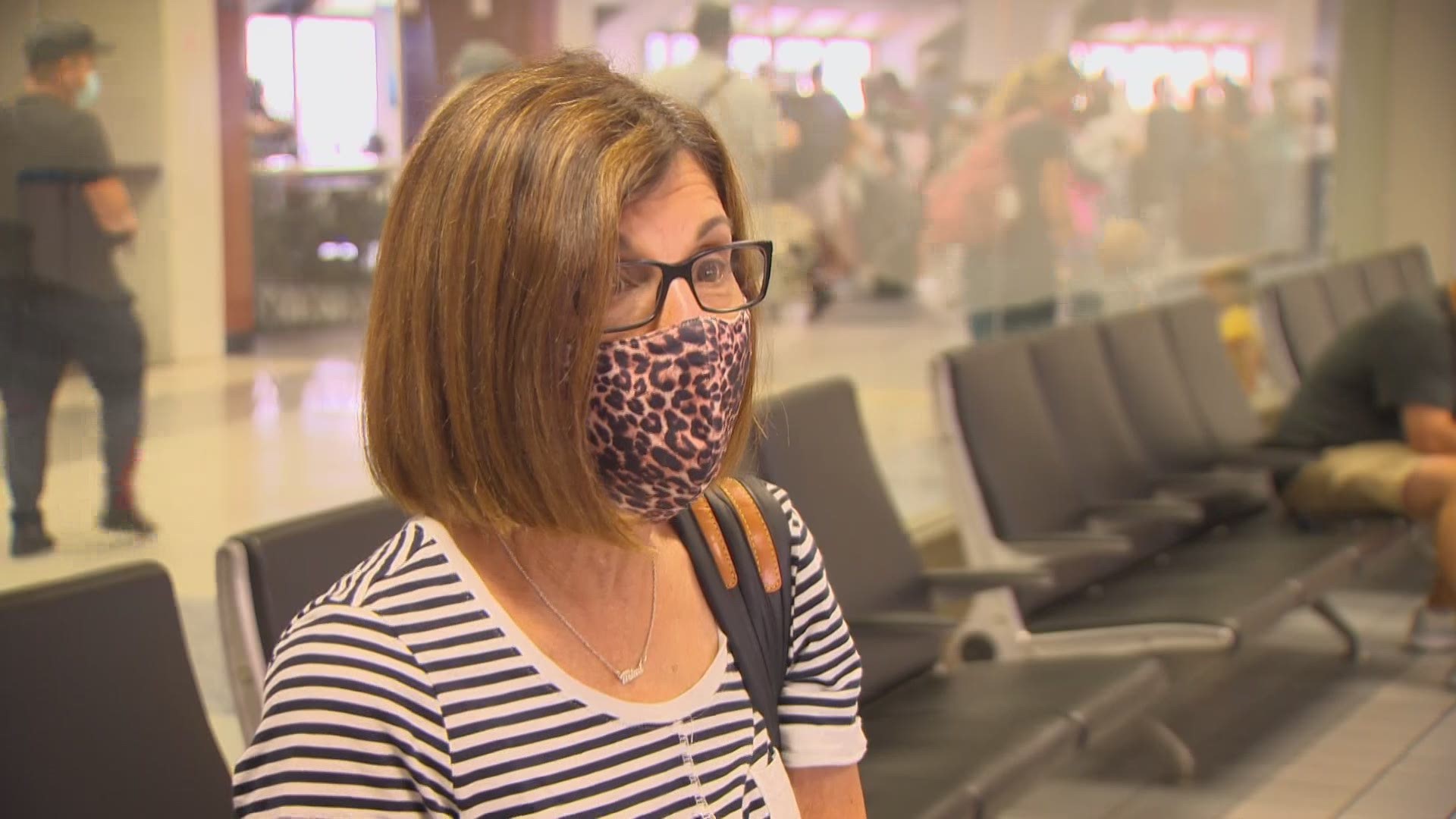 FORT WORTH, Texas — Updated at 9:54 p.m. with quotes from passengers.

Hundreds of American Airlines flights have been canceled this weekend and Monday.

Citing unprecedented weather, labor shortages, changes in crew member schedules and a rapid increase in customer demand, American Airlines said in a statement Sunday that it "adjusted a fraction of its scheduled flying through mid-July."

That adjustment resulted in hundreds of canceled flights for the Fort Worth-based airline, and many unhappy customers traveling for Father's Day weekend, who vented their frustrations on Twitter.

@AmericanAir was struggling this weekend. I’m disappointed.. this ruined my fathers day plans w my husband . My sister BF trip canceled and my trip delayed! #americanairline

WFAA spoke to several American Airlines passengers who were extremely frustrated, and said they felt like they were getting the runaround. Many said they waited for hours and hours to get home. For some, that meant spending the night in the airport.

“It was a fantastic trip. We stayed with friends,” said Matt Gold, a AA passenger.

The Gold family just got back from a trip to Lake Tahoe, and were trying to keep the memories fresh in their minds.

But the American Airlines flight back for them was a nightmare.

“We were notified two days ago they canceled our flight. They put us on another flight,” said Gold.

The Golds said American Airlines ended up booking them a flight back, but on separate days.

According to Flight Aware, more than 290 flights, in general, were canceled in the U.S. Sunday, nearly 200 of which were American Airlines flights. More than 3,700 flights, in general, were delayed, with American making up at least 430 of those flights. Most of those flights were supposed to fly into or out of Dallas Fort Worth International Airport.

The Golds said when they got to the airport, officials needed to get people off of the flight.

“They wanted 11 people to get off, raising how much money they would give to people. Then at the last minute, 'Sorry, we changed our mind, no vouchers,'” Gold said.

They’re just thankful to be home in Dallas.

Airline employees said it’s been a nightmare, where many travelers were getting off of different flights, and their bags were shuffled around.

The cancellations for American come just a week after Dallas-based Southwest Airlines experienced problems with a third-party weather data provider and later issues with network connectivity to its computers, resulting in three days of delays and cancellations.

Other airlines have been dealing with similar cancellations and delays in recent months due to traveler demand. Delta Airlines had to cancel about 100 flights in early April after hitting nearly 1 million passengers in a short amount of time, then its highest number of passengers since before the pandemic began in 2020.

“It has to do with the pandemic, and people being laid off. I can’t imagine what they’re going through to keep their business afloat,” the Golds.

American Airlines also recently announced it would be offering more than 150 new routes starting this summer. Some of those routes, like ones to and from Bangor, Maine, already started, with Saturday flights on Airbus A319s from June 5 to Aug. 14.

“Combined with the labor shortages, some of our vendors are contending with an incredibly quick ramp up of our customer demand.” @AmericanAir @wfaa pic.twitter.com/9EMDHFKugd

See American's full statement about this weekend's cancellations below.

"The first few weeks of June have brought unprecedented weather to our largest hubs, heavily impacting our operation and causing delays, canceled flights and disruptions to crew member schedules and our customers' plans. That, combined with the labor shortages some of our vendors are contending with and the incredibly quick ramp up of customer demand, has led us to build in additional resilience and certainty to our operation by adjusting a fraction of our scheduled flying through mid-July. We made targeted changes with the goal of impacting the fewest number of customers by adjusting flights in markets where we have multiple options for re-accommodation.

"Our focus this summer - and always - is on delivering for our customers no matter the circumstance. We never want to disappoint, and feel these schedule adjustments will help ensure we can take good care of our customers and team members and minimize surprises at the airport."