Multiple members of the family were taken to the hospital, some by Life Flight. 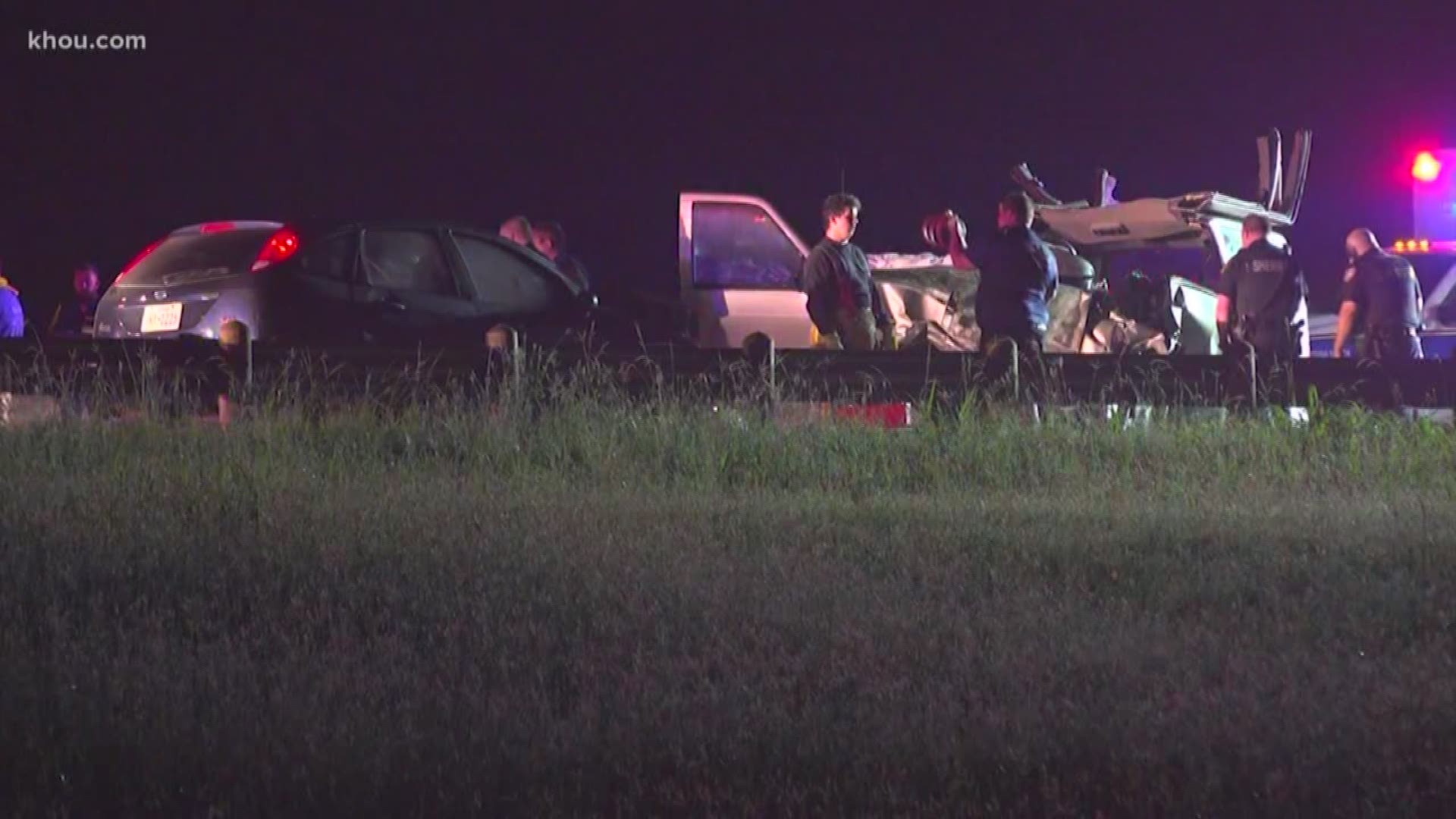 CROSBY, Texas — Deputies in Crosby are investigating a wrong-way crash that killed a driver and sent multiple people to the hospital overnight.

The crash happened at about midnight Tuesday on the Crosby Freeway’s eastbound lanes near Runneberg, according to the Harris County Sheriff's Office.

Credit: OnSceneTV for KHOU 11
The crash happened at about midnight Tuesday on the Crosby Freeway’s eastbound lanes near Runneberg.

The driver accused of going the wrong way, an adult male, was pronounced dead at the scene.

The roadway was closed for about two hours for the investigation and cleanup but has since reopened.