Deputies said the little girl, age 6, is expected to survive her injuries. 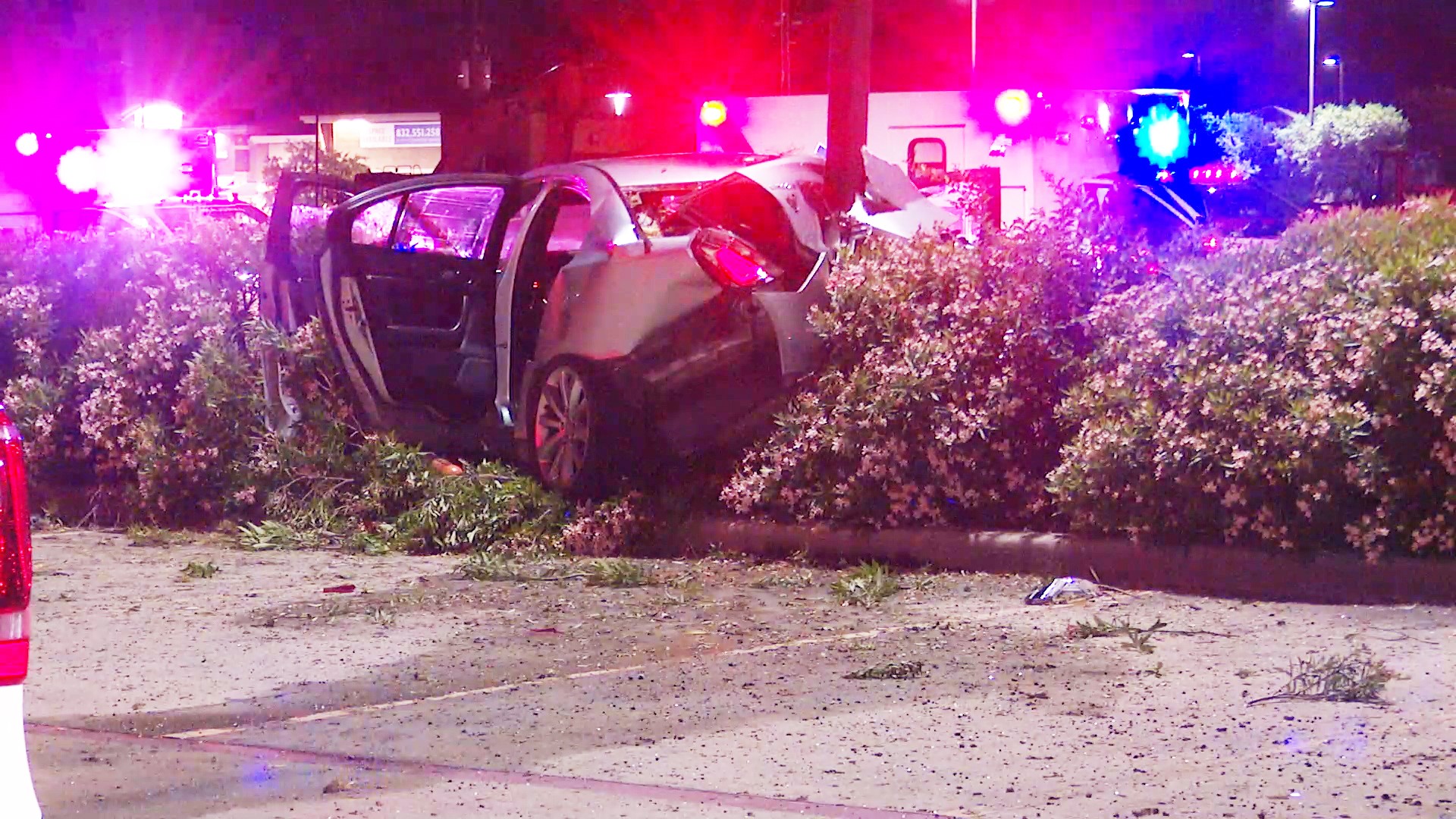 HARRIS COUNTY, Texas — A driver has been charged with felony murder after a single-vehicle crash along Highway 249 in the Tomball area overnight, according to the Harris County Sheriff's Office.

The crash killed passenger Melissa Wendt and injured 6-year-old Ava Bahr, who was in the backseat.

The wreck occurred in the southbound lanes of 249 at Lakewood Crossing at about 11:45 p.m. Monday.

RELATED: 'It was just inches': Good Samaritan says little girl barely made it out of Tomball deadly crash

Deputies said a grey 2009 Lincoln MKS left the road and crashed into a pole on private property, killing Wendt, who was in the front passenger seat. The man who was driving the vehicle was critically injured, and the little girl in the backseat was moderately injured, deputies at the scene said.

Both the toddler and the driver were airlifted to the hospital. Deputies said the little girl is expected to survive her injuries.

"Bahr displayed signs of impairment at the hospital, was arrested and charged with Felony-Murder. This case remains open and is under investigation by the Harris County Sheriff's Office Vehicular Crimes Division," stated HCSO on Tuesday.

The little girl was properly restrained in the vehicle when the crash occurred, helping to save her life, said Sgt. Cheng with the Harris County Sheriff's Office.

A good Samaritan, Lindsay Carlen, said she witnessed the crash. She immediately ran to the car to render aid until EMS arrived.

There did not appear to be any other vehicles involved in the incident.

The sheriff's office later confirmed the driver was the victim's common law husband, and the little girl is their daughter.