Sergio Israel Hernandez is accused of leaving the scene of a crash Sunday on the feeder road of the Eastex Freeway. 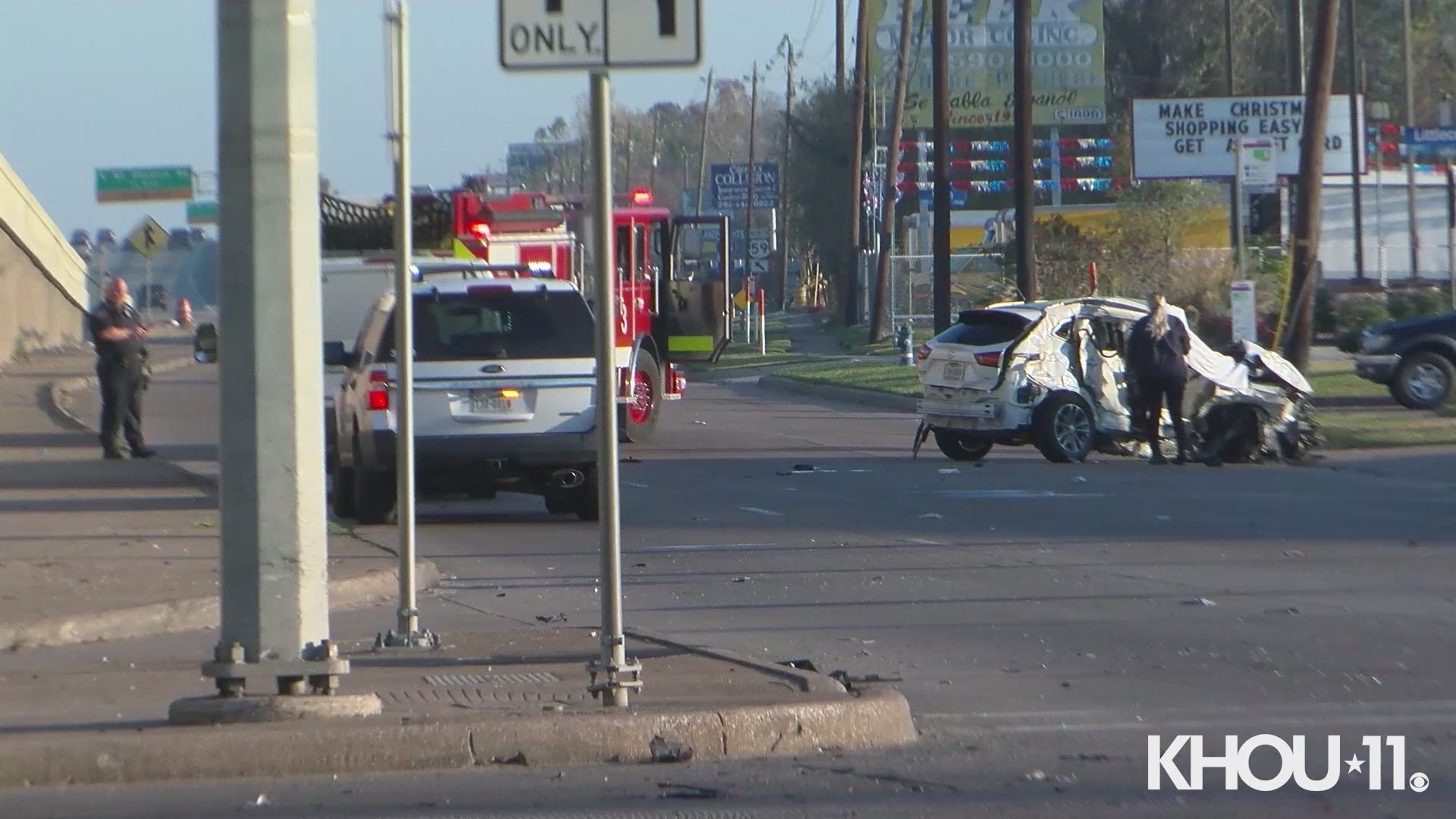 HARRIS COUNTY, Texas — A man is wanted after authorities said he fled the scene of a deadly crash.

Elaine Jolivet, 59, was killed in the two-vehicle crash Sunday morning on the Eastex Freeway feeder road at Little York. Deputies said Sergio Israel Hernandez, 29, is charged with failure to stop and render aid in connection with the crash. He is not in custody.

Investigators Hernandez was speeding in a Mercedes-Benz on the feeder road when the vehicle collided with Jolivet's SUV as she was driving through the intersection on Little York.

The Mercedes ended up in a ditch before catching on fire.

Jolivet died from her injuries.

Authorities said Hernandez was seen on surveillance video getting into another vehicle after the accident and leaving the scene before deputies and emergency crews arrived.

RELATED: What should you do if you see a wrong-way driver coming toward you?