Houston Transtar reported there were two vehicles involved in the crash – a Honda and an 18-wheeler. 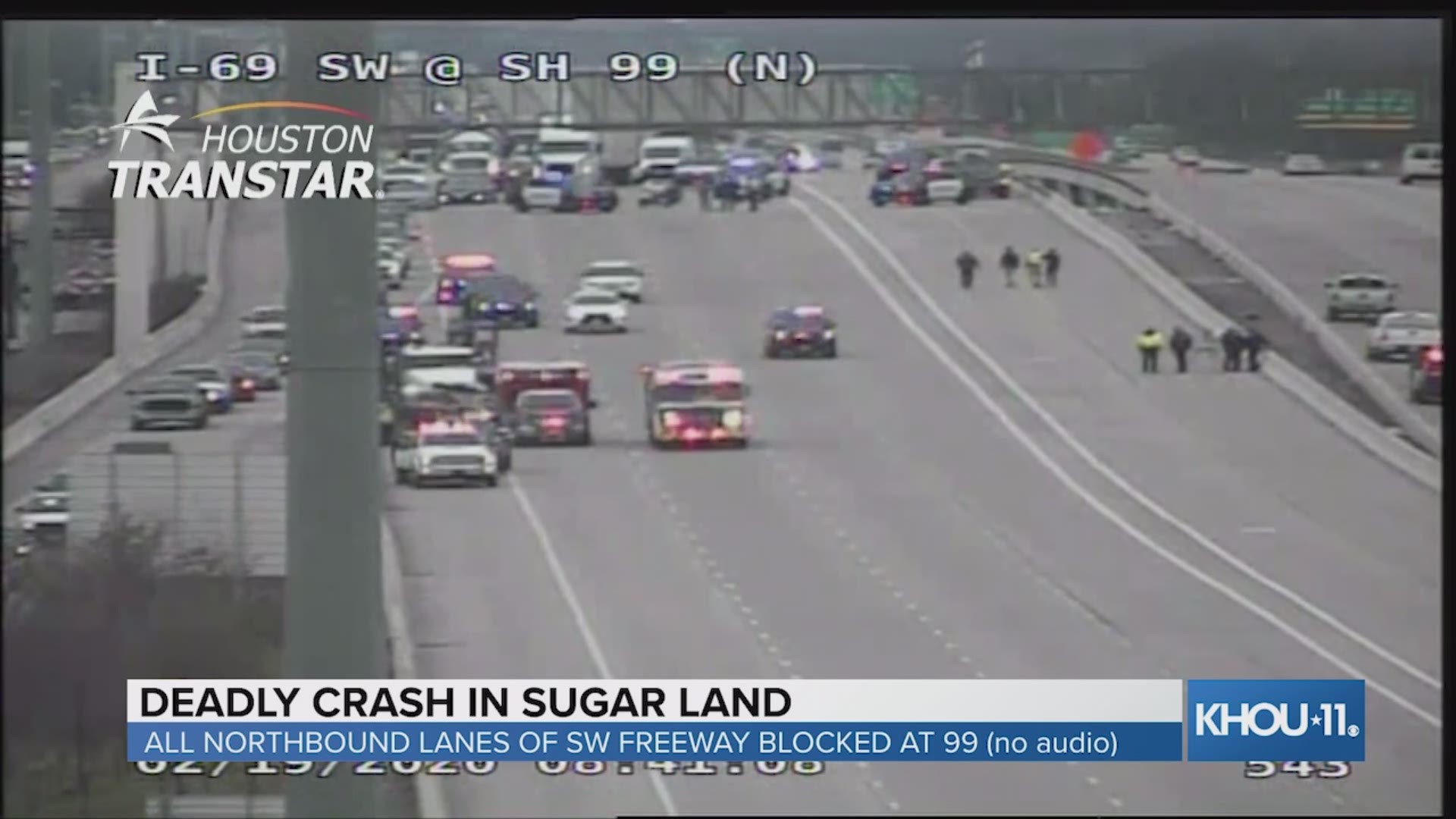 SUGAR LAND, Texas — Police are investigating a fatal crash involving a big rig on the Southwest Freeway near the Grand Parkway in Sugar Land Wednesday morning.

This happened in the northbound/inbound lanes around 7:30 a.m.

Houston Transtar reported there were two vehicles involved in the crash.

All inbound/northbound lanes were blocked for about three hours with drivers forced off the freeway at the Brazos River.

Police said a woman in a Honda sedan was killed in the crash. Witnesses told them she was in the center lane near the big rig when she lost control of her vehicle for an unknown reason. She served and struck the big rig.

Crews from the Texas Department of Transportation are working to repair the damage to the freeway.

All lanes have since reopened.