What do you do when a giant spool is rolling down the interstate in front of oncoming traffic? 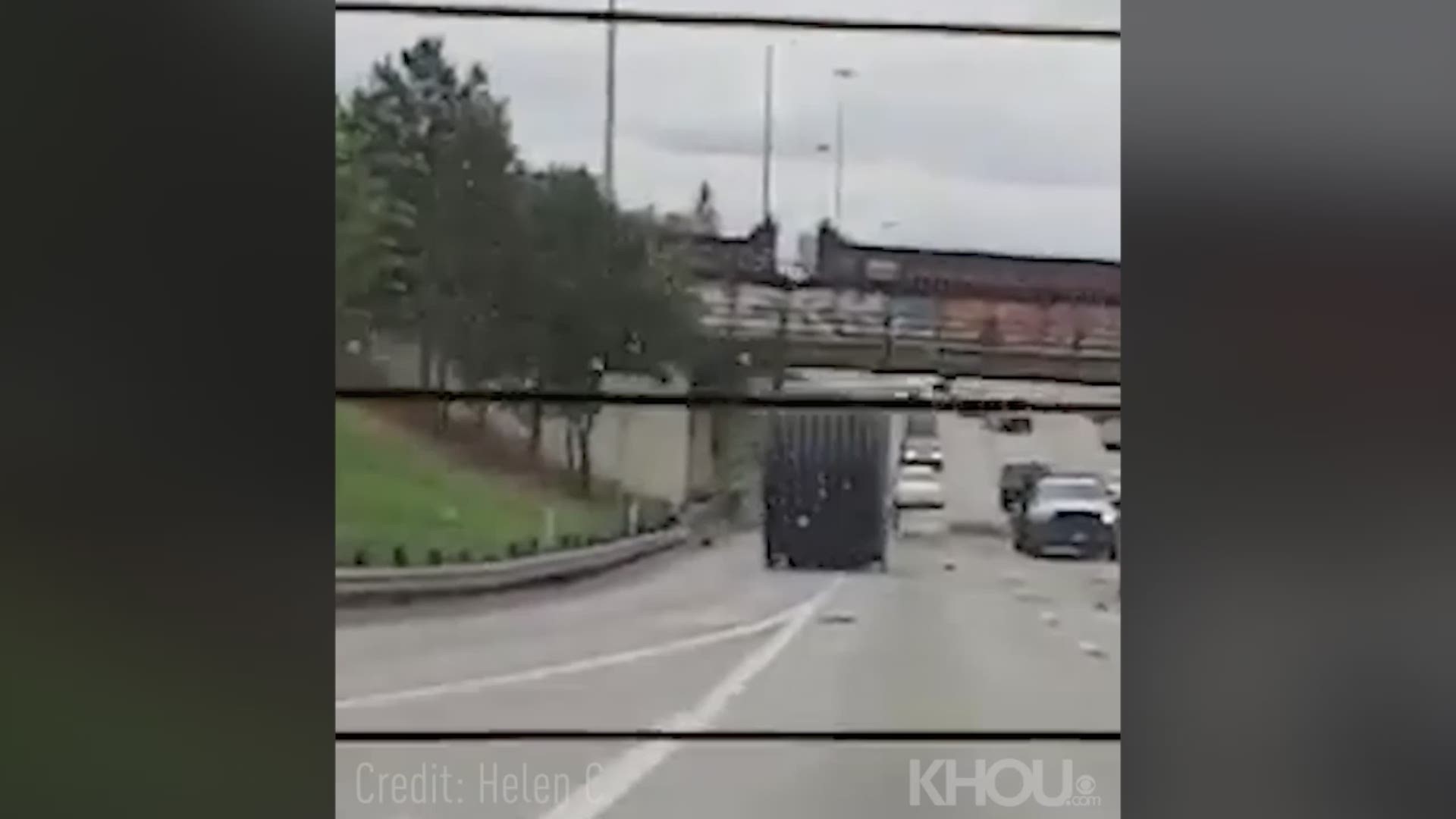 HOUSTON – Drivers were brought to a near standstill late Thursday morning after a truck lost a giant spool.

KHOU 11 viewer Helen C. was traveling on the East Freeway when she and other passengers saw the spool slowly rolling in the main lanes toward oncoming traffic.

“Oh my God I’ve never seen anything like it,” Helen can be heard exclaiming. “That’s insane.”

And here's a pic of the giant spool sitting on the East Freeway's westbound lanes right now. Video of it rolling in traffic earlier -> https://t.co/sayoJzOo86 #HTownRush pic.twitter.com/kcZ0T2rcVJ

Houston TranStar reports it happened on the westbound side of the freeway just inside the 610 Loop. The spool came to a stop near Wayside Drive.

L.M. Ramirez saw the spool rolling toward his vehicle.

"It was crazy scary," he said.

Marie Cervantes said she was driving next to the big rig when the spool flew off.

"And that round thing fell, and I saw a big piece of metal flying," she said. "I'm glad nothing happened to me."

When Valdez got home, she found two big dents in her car. She went back to the scene where cops checked her Dashcam and confirmed her story.

You can hear the noise of the spool falling off in Cervantes' video. 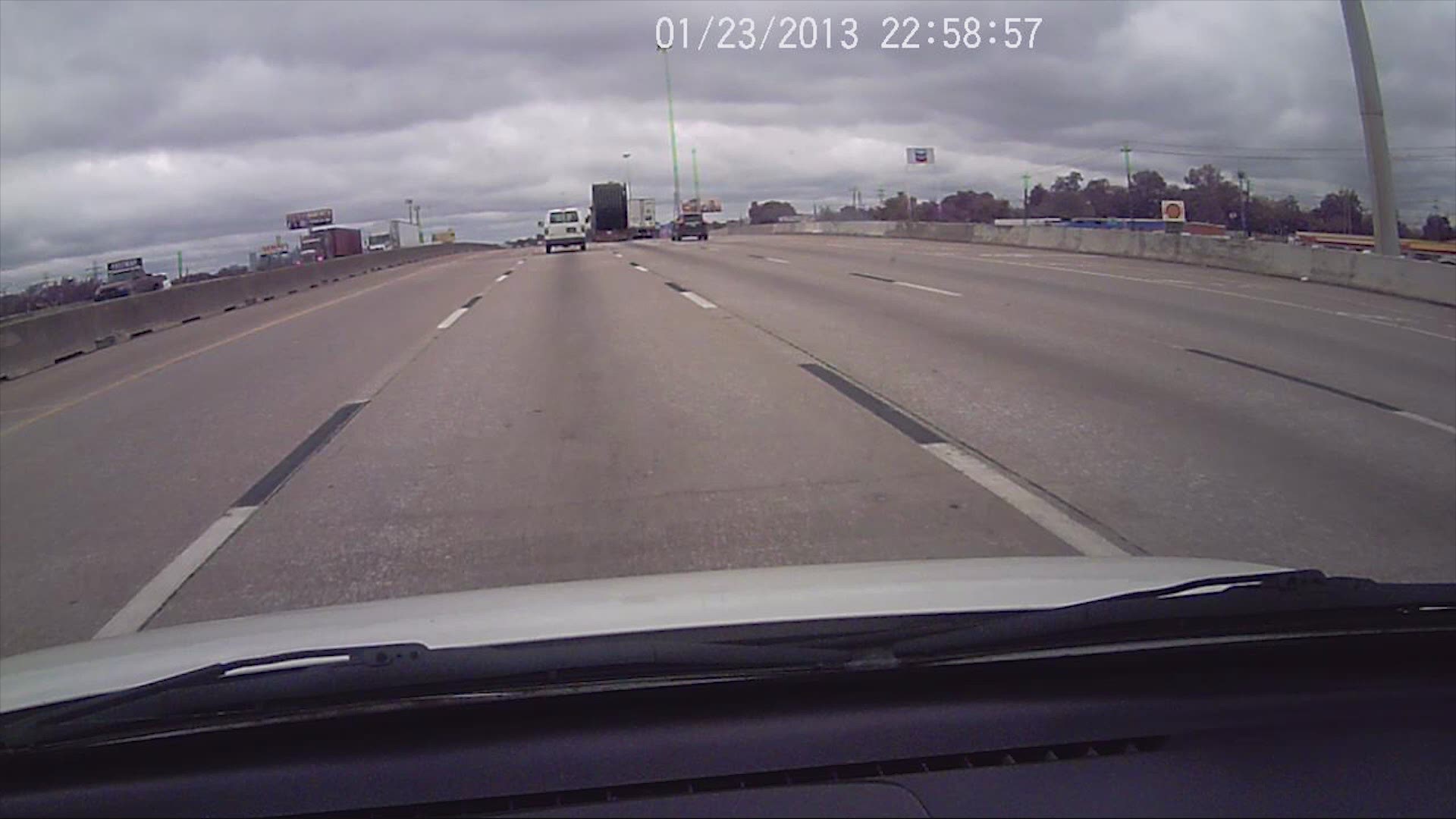 The spool was eventually moved and traffic returned to normal.