'We both saw it tipping towards us': Watch big rig swerve, flip on Houston's 610 West Loop

"We didn’t really realize how close we were to what happened," a witness told KHOU 11 after watching her dash camera video. 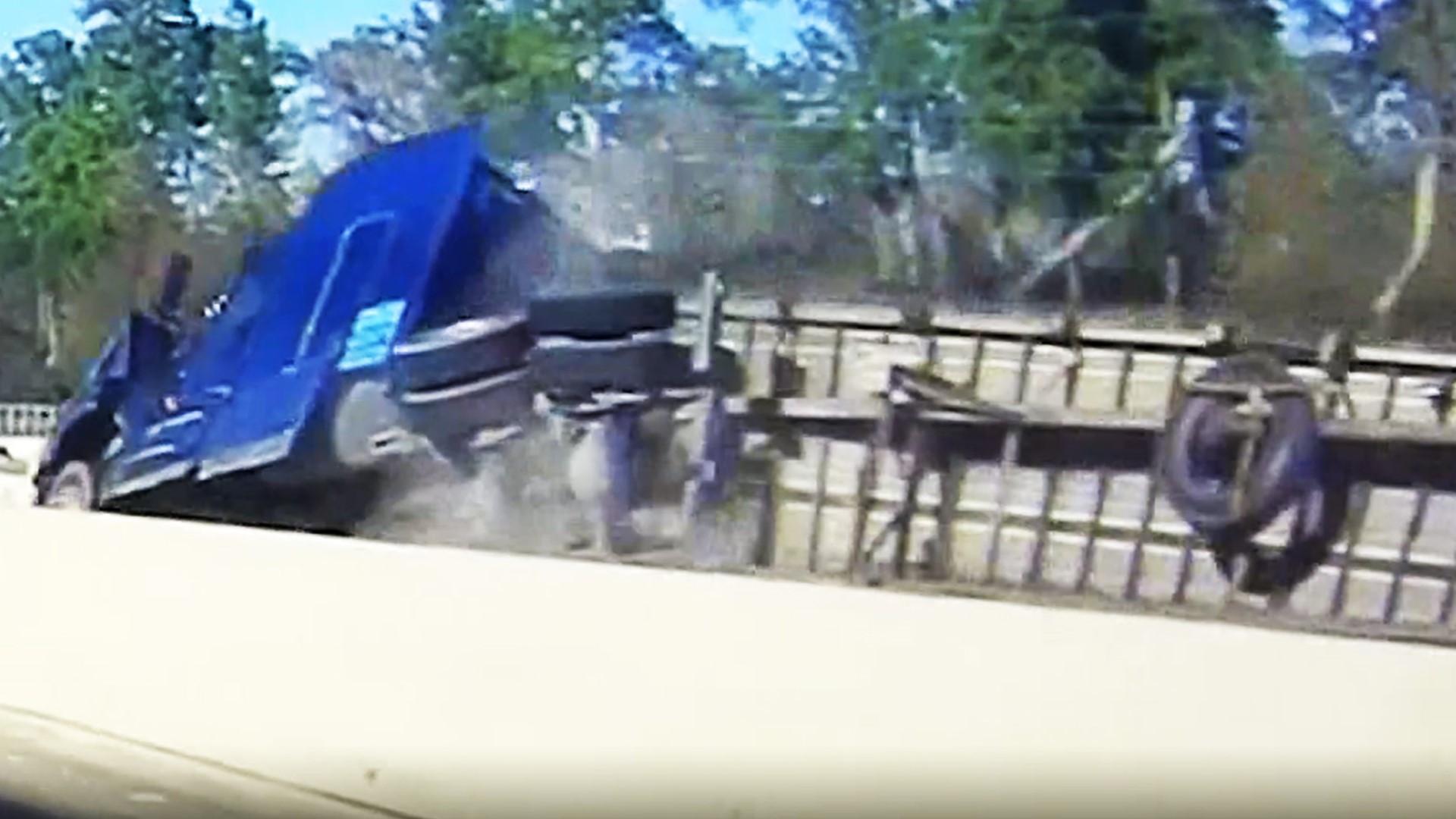 HOUSTON — It was a terrifying scene caught on video during a recent Houston rush hour.

One KHOU 11 viewer saw the entire thing, and her vehicle’s cameras captured the incident from two different angles.

Krystyn says she was stuck in traffic, not moving, when an 18-wheeler coming in the opposite direction started swaying and then tipped over. The vehicle crashed into a barrier and other vehicles.

The semi driver told police he was cut off and swerved, causing the crash.

The good news is, no one was seriously hurt.

Krystyn said she reviewed the video and later realized how much worse it could have been.

“I had a passenger with me, and we both saw it tipping towards us. We didn’t really realize how close we were to what happened,” she told KHOU 11.

The Texas Department of Transportation’s most recent report showed Houston is the commercial crash capital of Texas. In 2019, there were more than 6,300 such crashes reported.