A TxDOT-Houston spokesman expects more drivers trying to avoid Barry could head to or pass through southeast Texas. 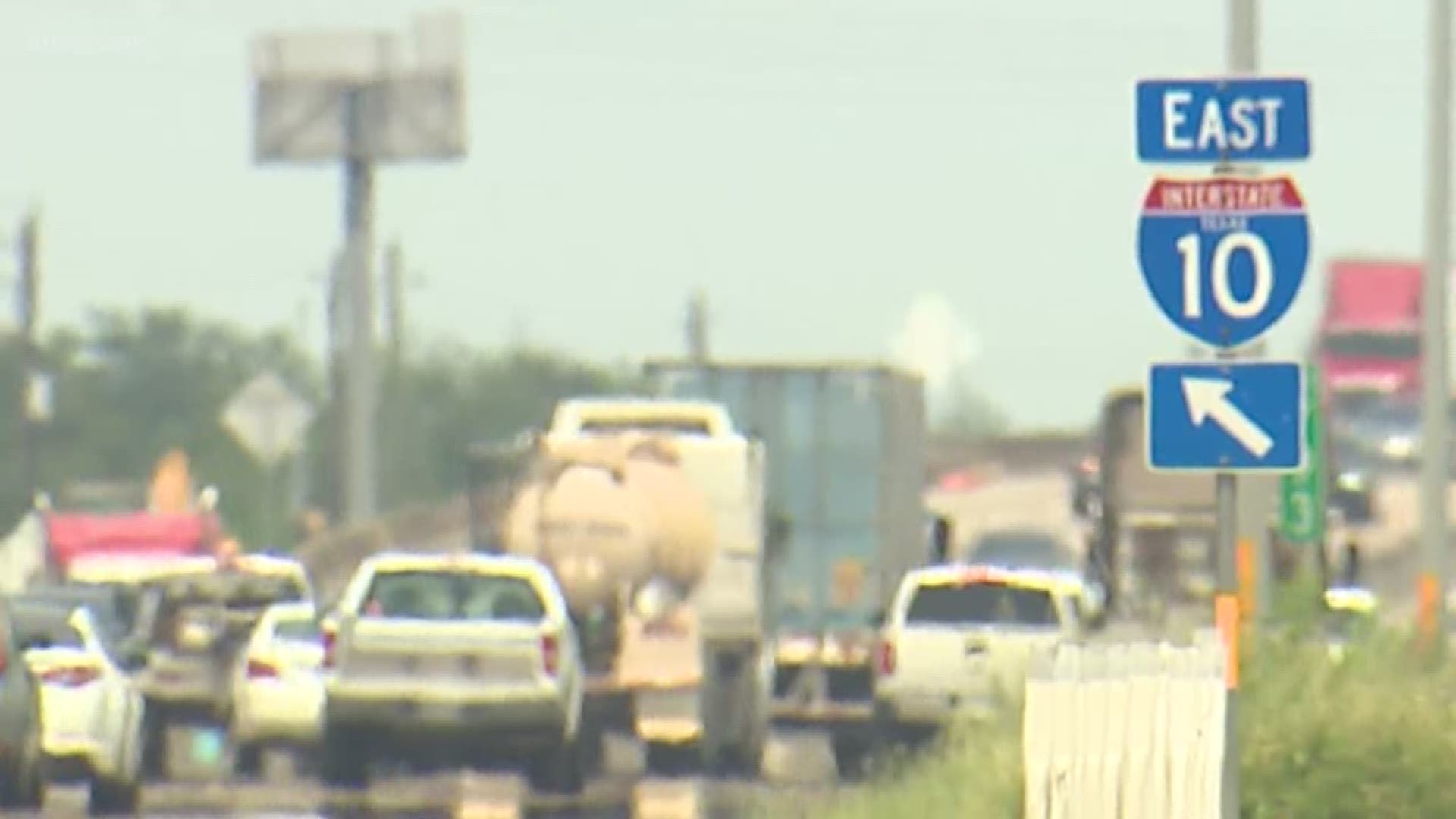 HOUSTON — Some Houston highways may be busier than usual as Louisiana residents and Texas travelers clear out of Tropical Storm Barry’s path.

Neither Texas state transportation experts nor those in Louisiana knew Thursday which roads will close or how many people will evacuate. Still, they told KHOU they have a plan to keep gridlock to a minimum.

Danny Perez of TxDOT-Houston expects more drivers trying to avoid Barry could head to or pass through southeast Texas.

He says TxDOT will work with Transtar to find and clear traffic jams, while getting help from road crews along the way.

“One thing we would do for instance is if we have any construction projects, and we know we’re getting folks coming from impacted areas, then we could ask our contractors to stand down and not continue construction, so they can open up lanes,” said Perez.

Perez say they’ll also use electronic signs along highways to direct drivers, who can get real-time traffic updates statewide through the Drive Texas site or social media.

The Louisiana Department of Transportation and Development offers drivers real-time traffic conditions and road closures in their state at 511La.org or on the 511La app.

­­On Thursday afternoon at the Baytown Bucee’s, KHOU met several people who were heading back from Louisiana and other Gulf Coast states.

RELATED: 'We are at risk of significant flooding' - Tropical Storm Barry bears down on Louisiana

Alex was heading home to Austin after Barry cut short his baseball tournament in Gulfport, Mississippi. All of Thursday's scheduled games were moved to Wednesday.

“It was starting to flood," Alex recalled, describing the scene at his hotel across from the beach. "The beach water was coming up to the sand to where the tables were.”

“All the search and rescue crew got there last night," added Miriam Reyna, Alex’s mom.

Shannon Cole was driving back to Pearland from Pensacola, where she was visiting family three days early.

A couple of gas pumps over, Casey Causey was filling up his truck, towing a large air boat after shutting down at least a dozen wells in Louisiana.

“People are pulling their boats out, gathering up their equipment, and getting out of town,” Causey said.

Perez says Houston crews and equipment are ready to head east toward the state line, if needed, to help with things like maintenance and debris removal.

As of Thursday afternoon, he did not expect highway contraflow lanes to open.