Here's how to get around the mess as crews replace the I-45 northbound ramp to 59 southbound near downtown. 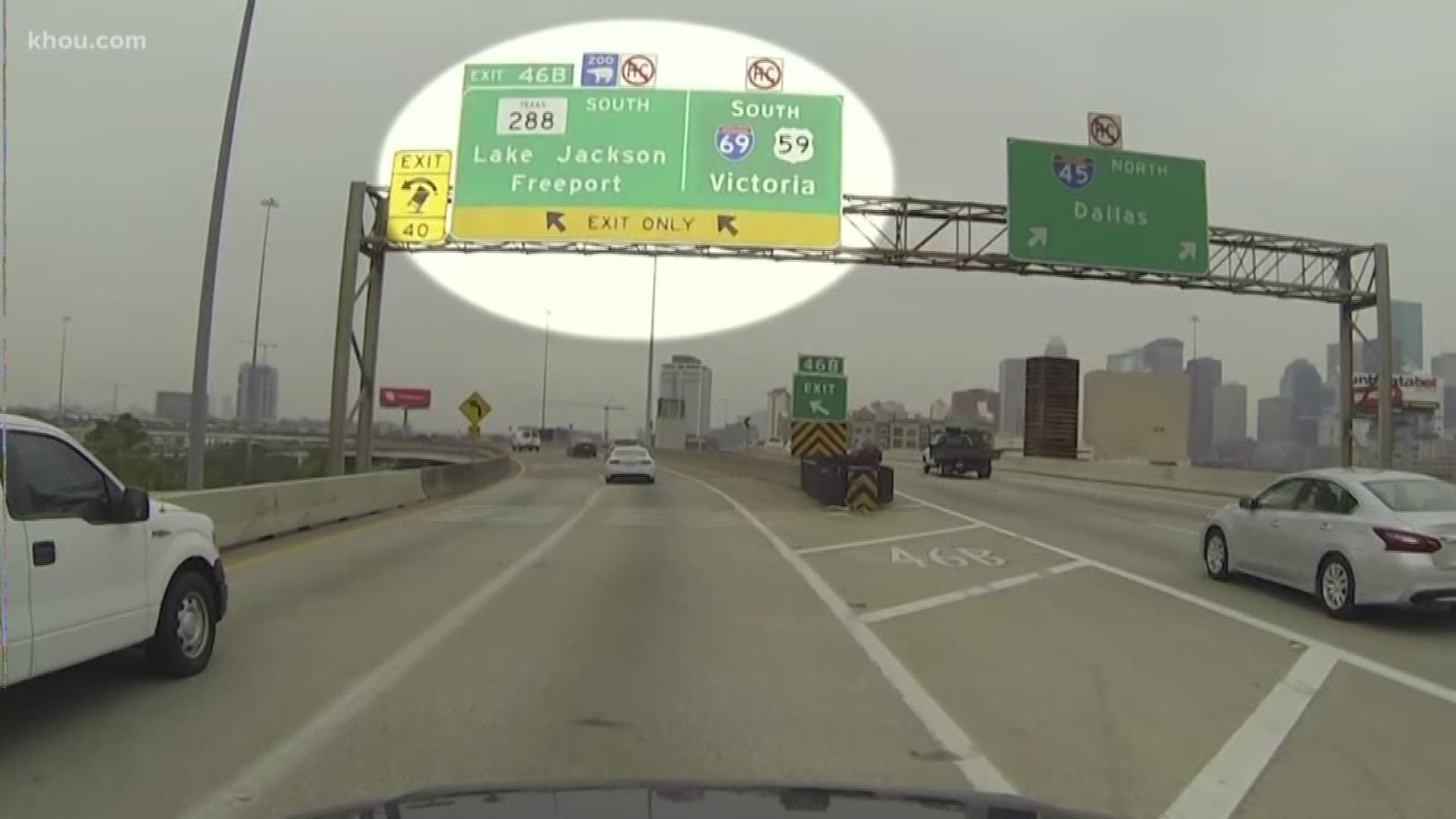 HOUSTON — At 9 p.m. Friday, the Texas Department of Transportation is closing the I-45 Gulf Freeway northbound ramp to I-69/59/288 southbound.

The ramp will not reopen.

Instead, TxDOT will demolish it and construct a new connector scheduled to open in July.

Currently the exit onto I-69/288 southbound is a left exit, meaning that drivers entering the freeway at various points before the connector have to cross several lanes of traffic in less than a mile in order to exit.

The new exit ramp will be on the right side, joining the exiting ramp that takes you to I-69/59 northbound.

Even if you don't use the ramp, expect delays on I-45 heading into downtown as drivers try to figure out why their ramp is closed.

How to get around it

There are several alternate routes you can use, depending on your ultimate destination, but all of them will add time on to your commute, unfortunately.

Option #1 - Go around downtown | Official TXDoT signs will redirect traffic to stay on I-45 northbound to the Pierce Elevated, wrap around downtown to I-10 eastbound then onto I-69/59 southbound -- essentially around the downtown loop. Expect backups, however, on each segment of that detour, especially by the George R. Brown Convention Center. 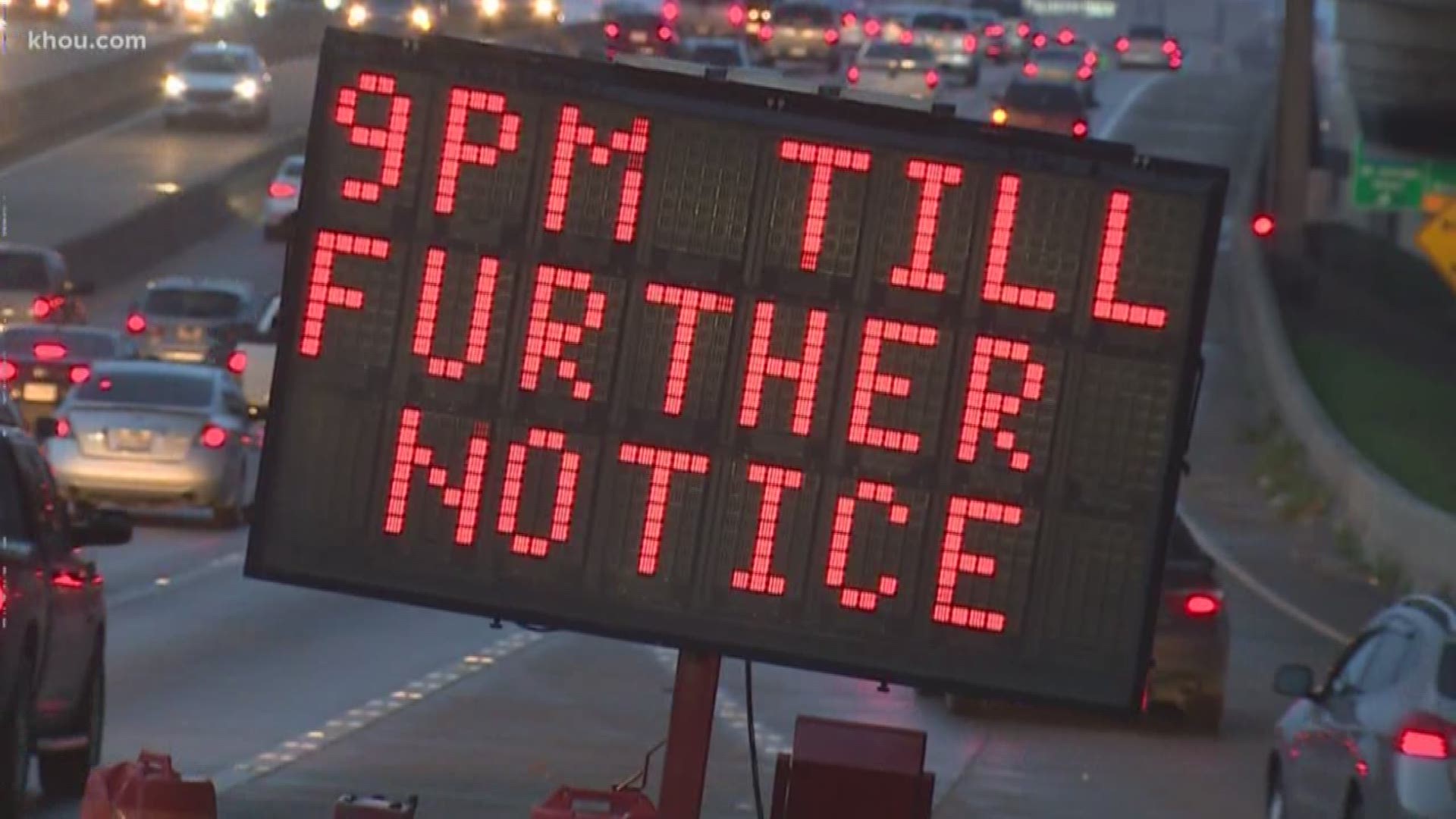 6 months of traffic torture but for a good cause

It is not going to be a fun 6 months for drivers who use this route as part of their regular commute, but TxDOT says the changes are necessary and will improve traffic flow in the future.

Things will likely only get worse during the closure. Signs will redirect traffic to stay on I-45, wrap around downtown to I-10 then onto 59, basically, around the downtown loop.

This also means that drivers who typically stay on I-45 North at that point could be dealing with twice the traffic.

“I certainly do anticipate that people are going to take any route that they can to get them where they need to get quicker,” George said.

Drivers should be aware the feeder roads in the area are riddled with construction, lanes closures and Metro Rail lines.

“If you can do anything that will get you out of that area, so you don’t have to go through that area, do that!” George said.

Another helpful tip is to download a real-time traffic application to help you navigate the area like Google Maps or Waze.

TxDOT says as the I-69/288 southbound connector is deconstructed this upcoming weekend, several other roads in the area will also be closed. The full list of closures can be found here.