The southbound lanes were blocked at Griggs, near the 610 South Loop. They have since reopened. 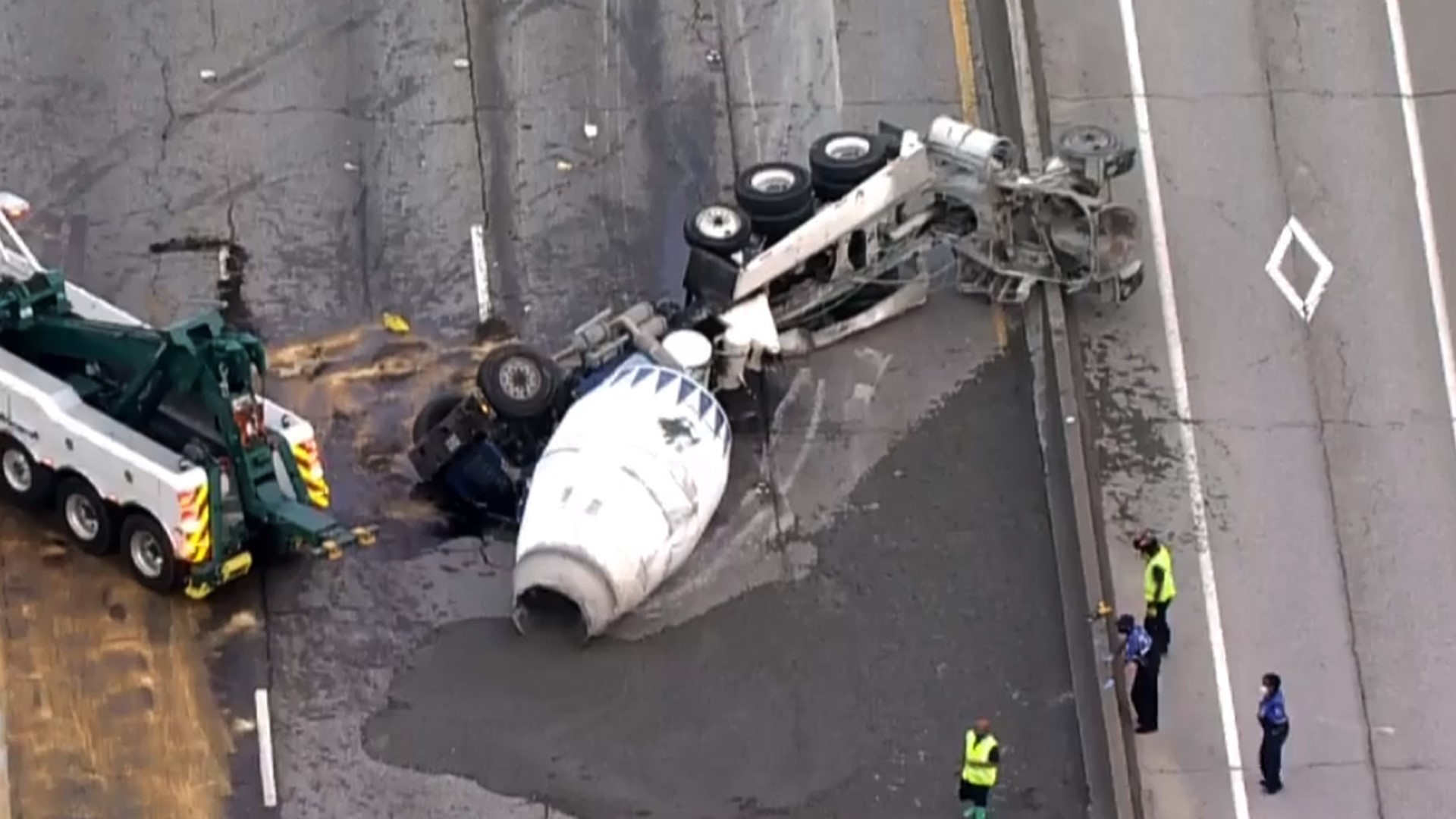 HOUSTON — UPDATE: The scene has been cleared and traffic is back to normal.

There's a big mess causing delays on the Gulf Freeway early Friday where a major crash was reported before sunrise.

Views from Air 11 showed a truck on its side with wet concrete spilled all over the road near Griggs.

The crash happened at about 5 a.m. Friday. The backup was still ongoing as of 9:50 a.m.

Drivers are advised to avoid the area for the next few hours.

Police did not immediately release details about the wreck, although it was listed as a hit-and-run. The condition of the truck's driver is not known at this time.