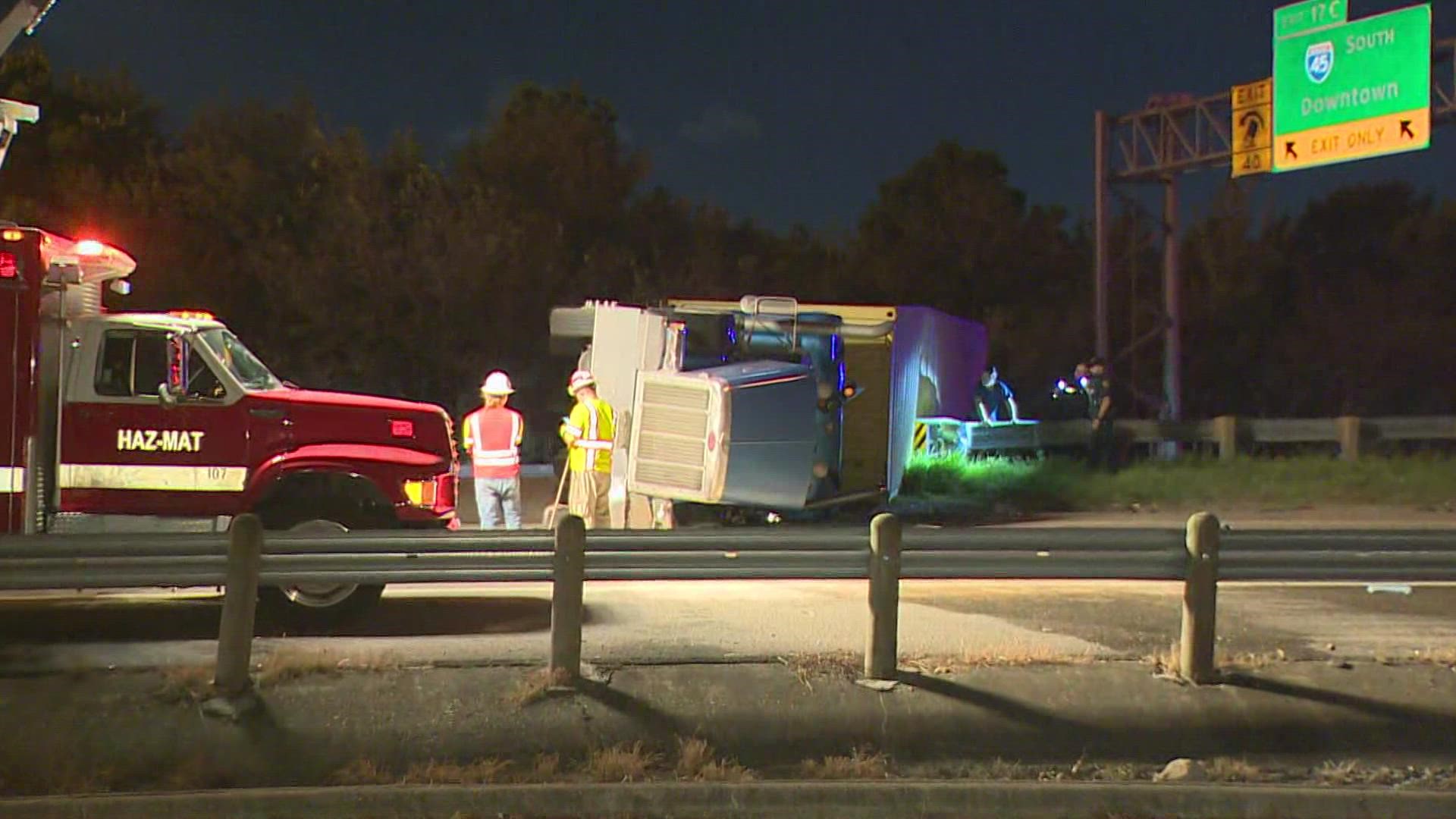 HOUSTON — 8AM UPDATE — the freeway has now partially reopened, but you can still expect delays in the area.

The previous version of this story follows ===

KHOU 11's Stephanie Simmons is tracking a major crash that is causing delays on Houston's north side early Wednesday.

The crash happened just after 3 a.m. in the westbound lanes of the 610 North Loop, according to Houston TranStar.

It appeared a big rig flipped on its side at the I-45 interchange. It's reported that it took firefighters about 25 minutes to free the driver, who was then taken to the hospital.

As of 5 a.m., the truck was still on its side. All westbound traffic is being forced onto I-45 North. Drivers will want to avoid the area, if possible.